March has been an awful month here for rain and today certainly does not feel like Easter which I always regard as the time for daffodils and the hope of Summer around the corner … normal weather will it ever come back ?!! 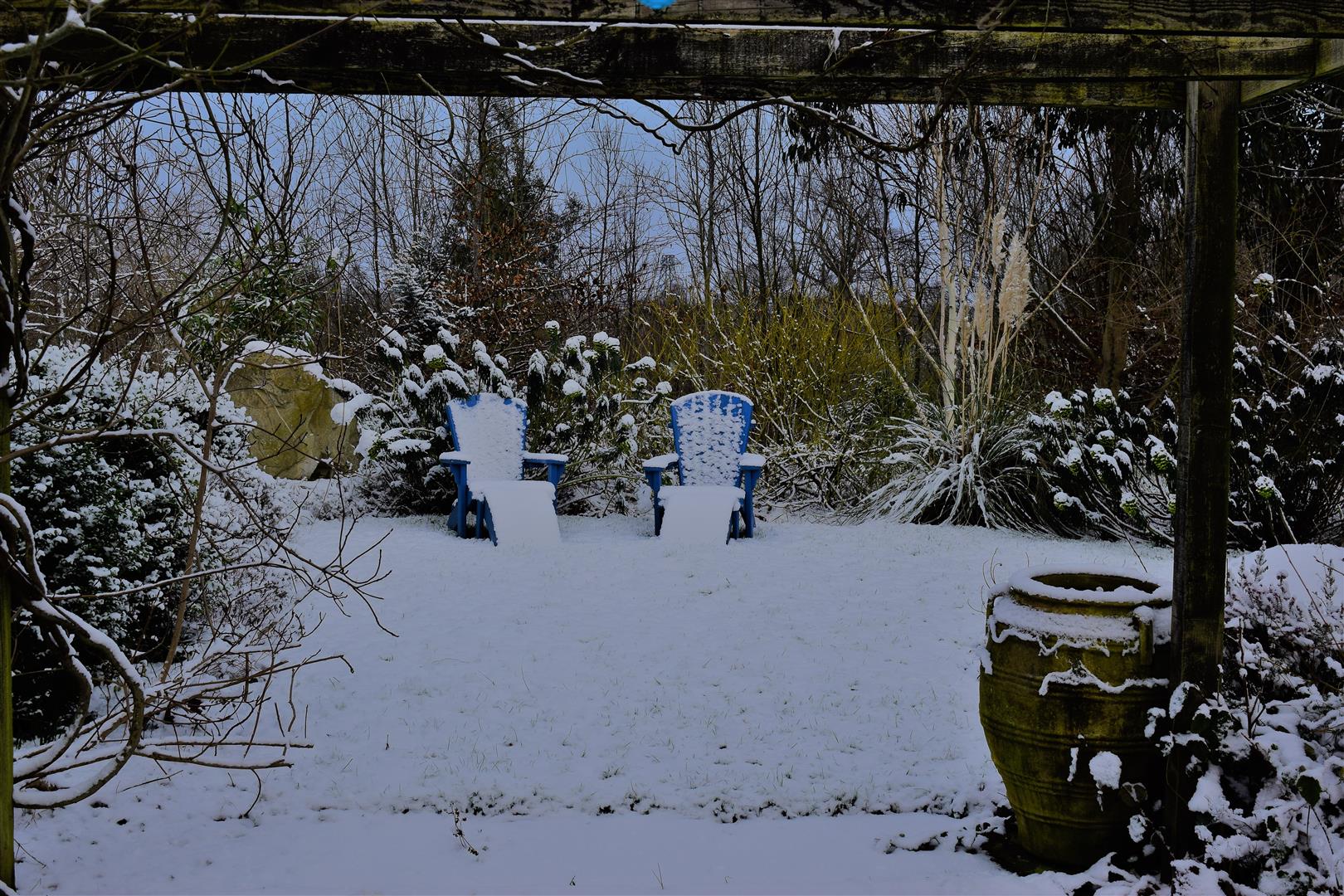 The Back Garden under snow in early March 2018

This has been the Mother of all winters and rarely has there been a day without heavy rain ,with two major storms , Emma and the Beast from the East in February which dumped what seemed like a ton of snow and Ophelia , our first hurricane ever in Ireland at the end of last October , the garden is saturated and has taken quite a battering . We lost about ten trees mainly conifers but the eucalayptus took a hammering also , most of the early flowering daffodils never raised their heads after the heavy snow but gardeners are a philosophical lot who get over their losses quickly and we take the view that a fallen tree or shrub opens up another view and allows a new tree to be planted . 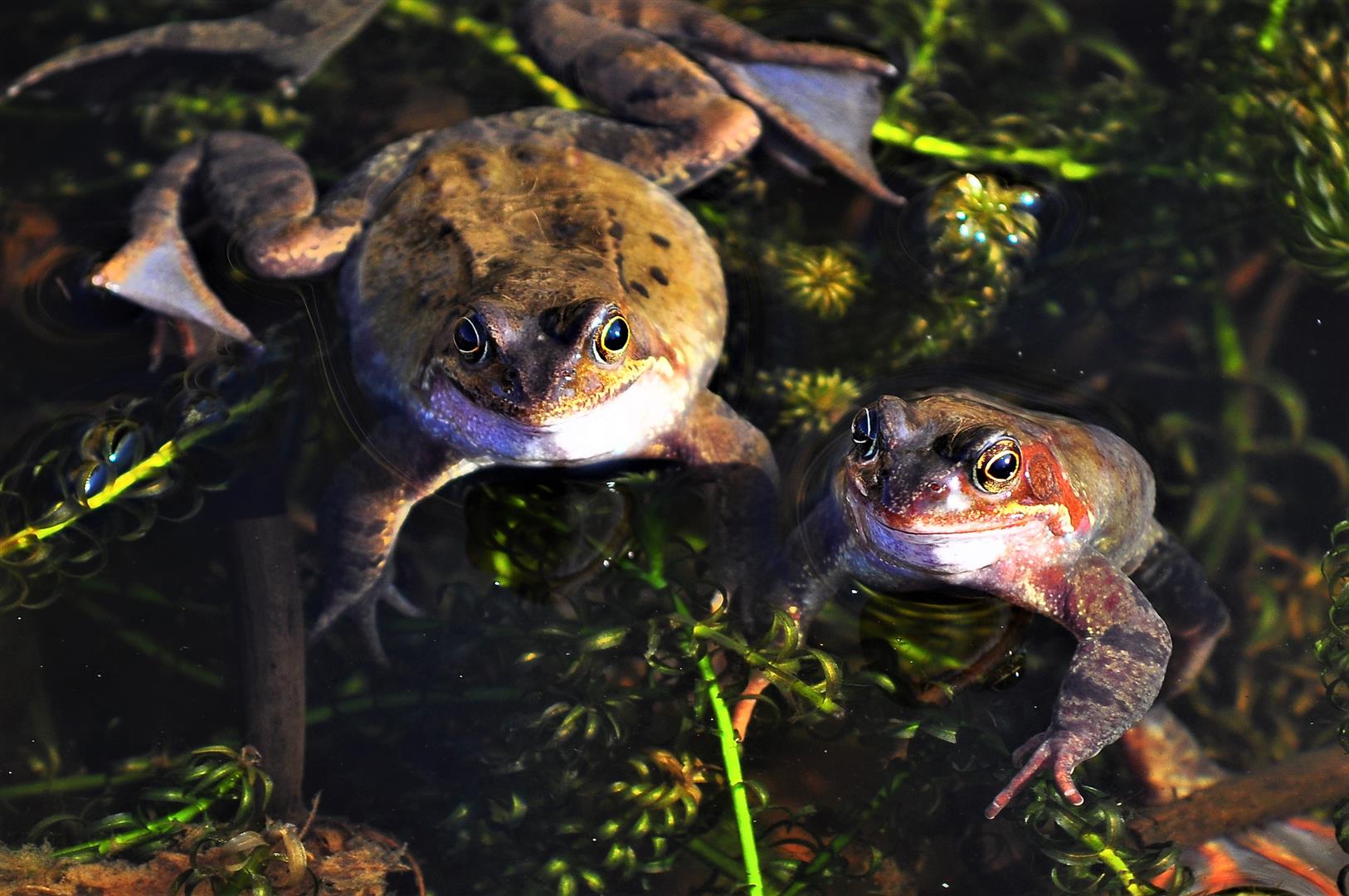 How about some privacy here please ?! The front pond in early March 2018

Strange loud noises recently in our front pond signifies the annual frog breeding season has begun , the water is teeming with lust and the frog equivalent of the famous annual match making festival in Lisdoonvarna where hundreds of male frogs hungry for love gather over a frantic three day period … in the garden not Lisdoonvarna  … and where there seems to be five males for every female so if you dip your finger in the water it is likely to be humped by a horny frog as these guys are the original anything with a pulse motivation and are not particular … not shy either for such a normally secretive creature … as quickly as it began it is over and you hardly see a frog for another year  ! 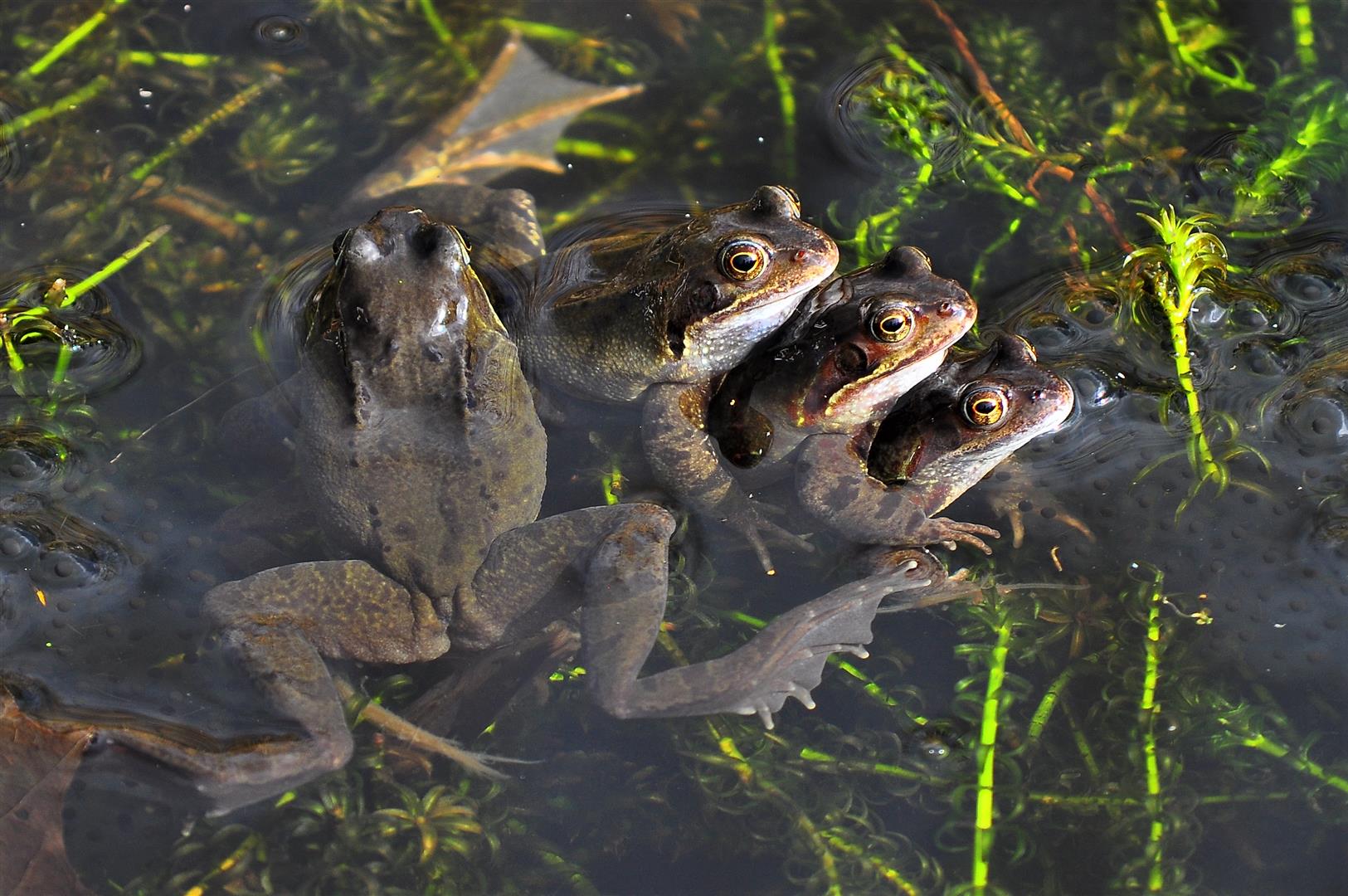 I have carried out no planting this winter , nothing apart from willow and cornus slips put into the ground as the soil is just too wet to dig and I feel gardens in Ireland are at least a month behind normal years in terms of growth but ironically this has been our busiest winter in the garden pruning and cutting back almost every day with the new chain saw bought last November  . This is Snezana country as I am still petrified of chain saws so my role is to clean up afterwards and to collect and stack the wood as in whats my name bitch !

Just after I wrote this I bought five fairly mature trees in a sudden burst of optimism for the new growing season , three silver birch for the Lower Field and two trees of Snezana’s choice , a Spanish chestnut and a walnut tree , the silver birch to replace a clump of pampas grass which never really thrived in the location and last year I decided to dig them out , a saving grace of pampas is that no matter how long in the ground it is easy either to divide or  move  .

We were in Barcelona in March and visited the famous Gaudi Parc Guell garden and a botanical garden in Blanes which I had not heard of and which is not famous outside Catalonia , the Marimurta garden . The Gaudi garden built by 1914 did nothing for me and was not at all what I had imagined , more of an architectural exercise in which the planting played a secondary role to brutalist concrete but then Gaudi’s most famous construction , the Sagrada Familia , also did nothing for me philistine that I obviously am . 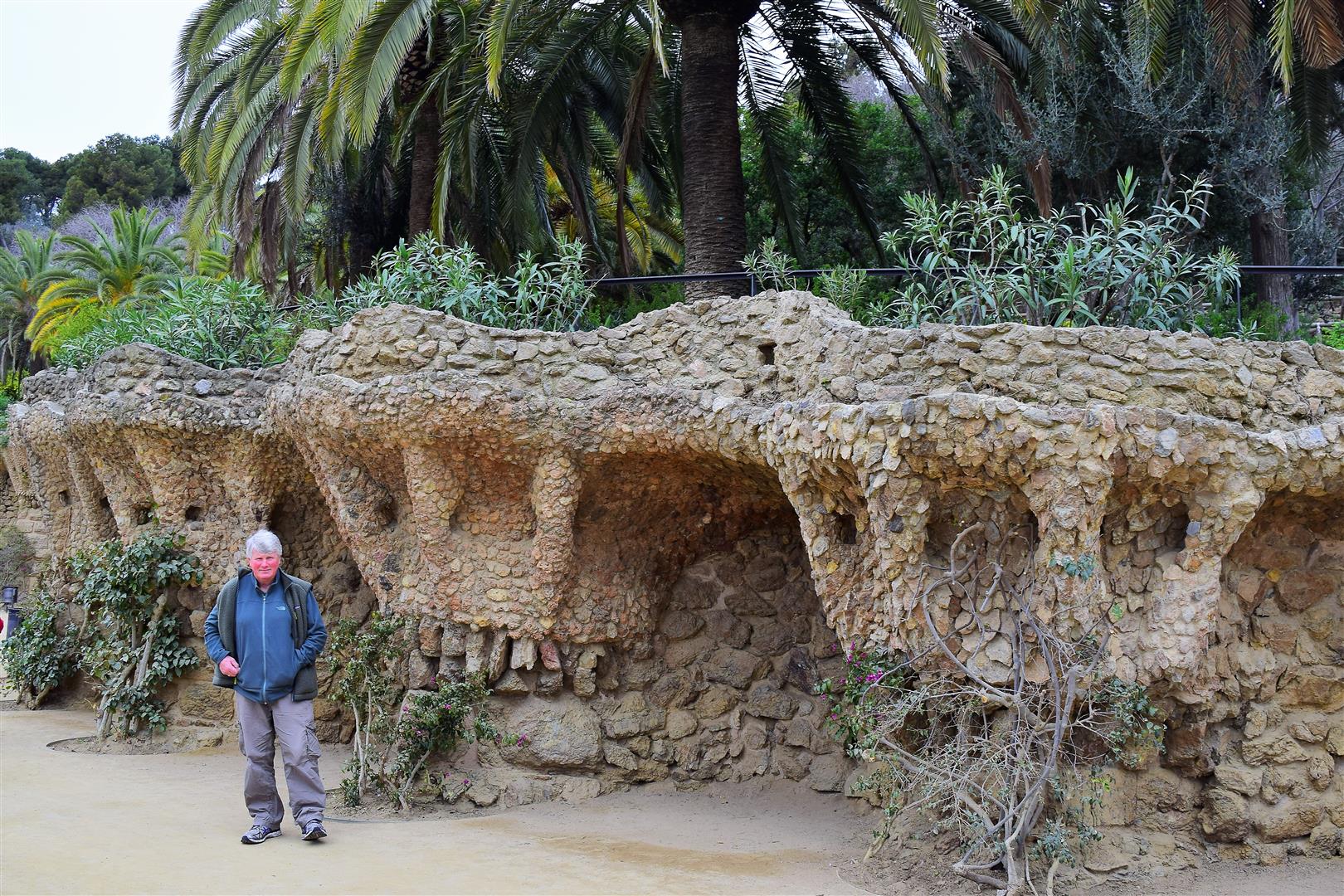 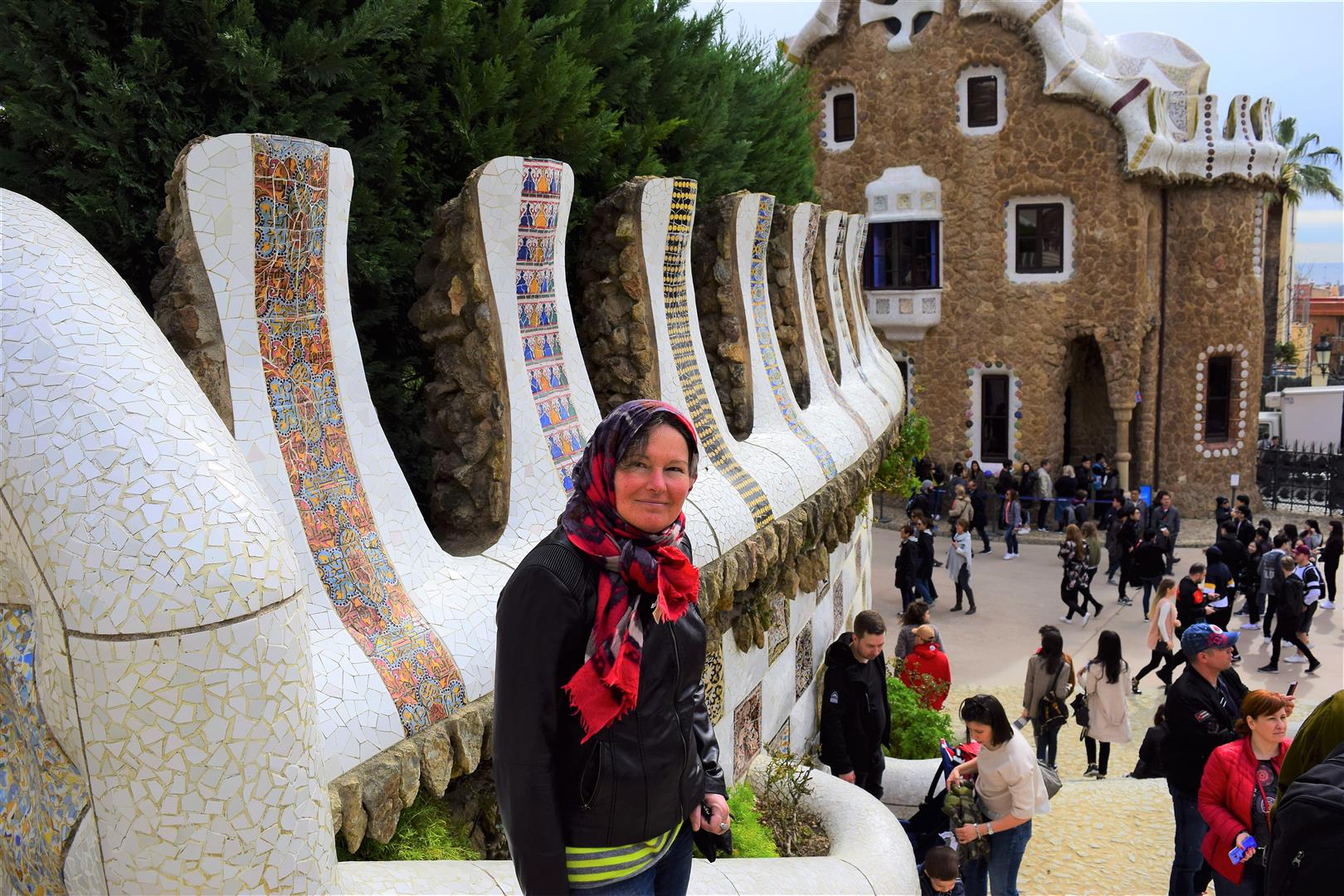 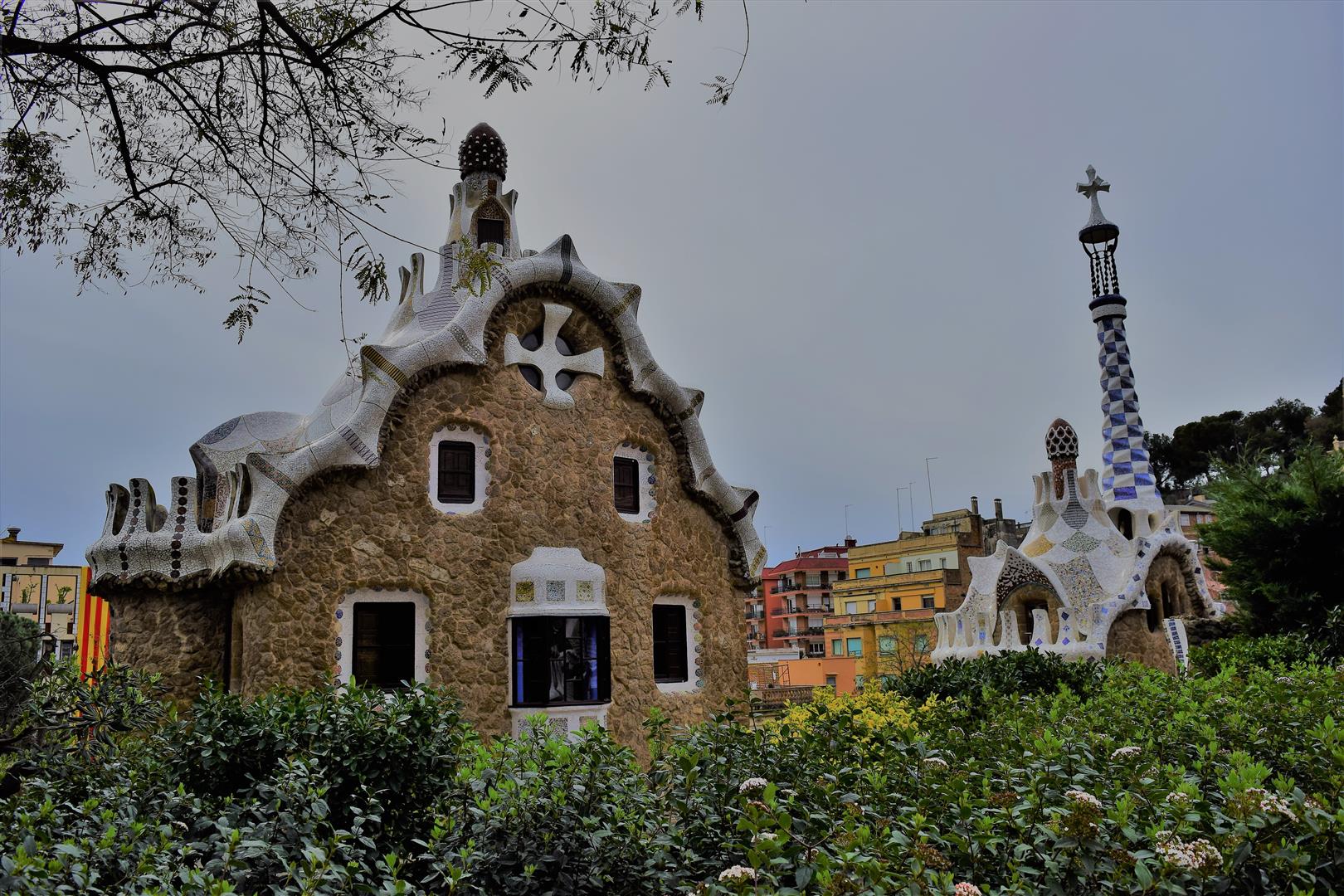 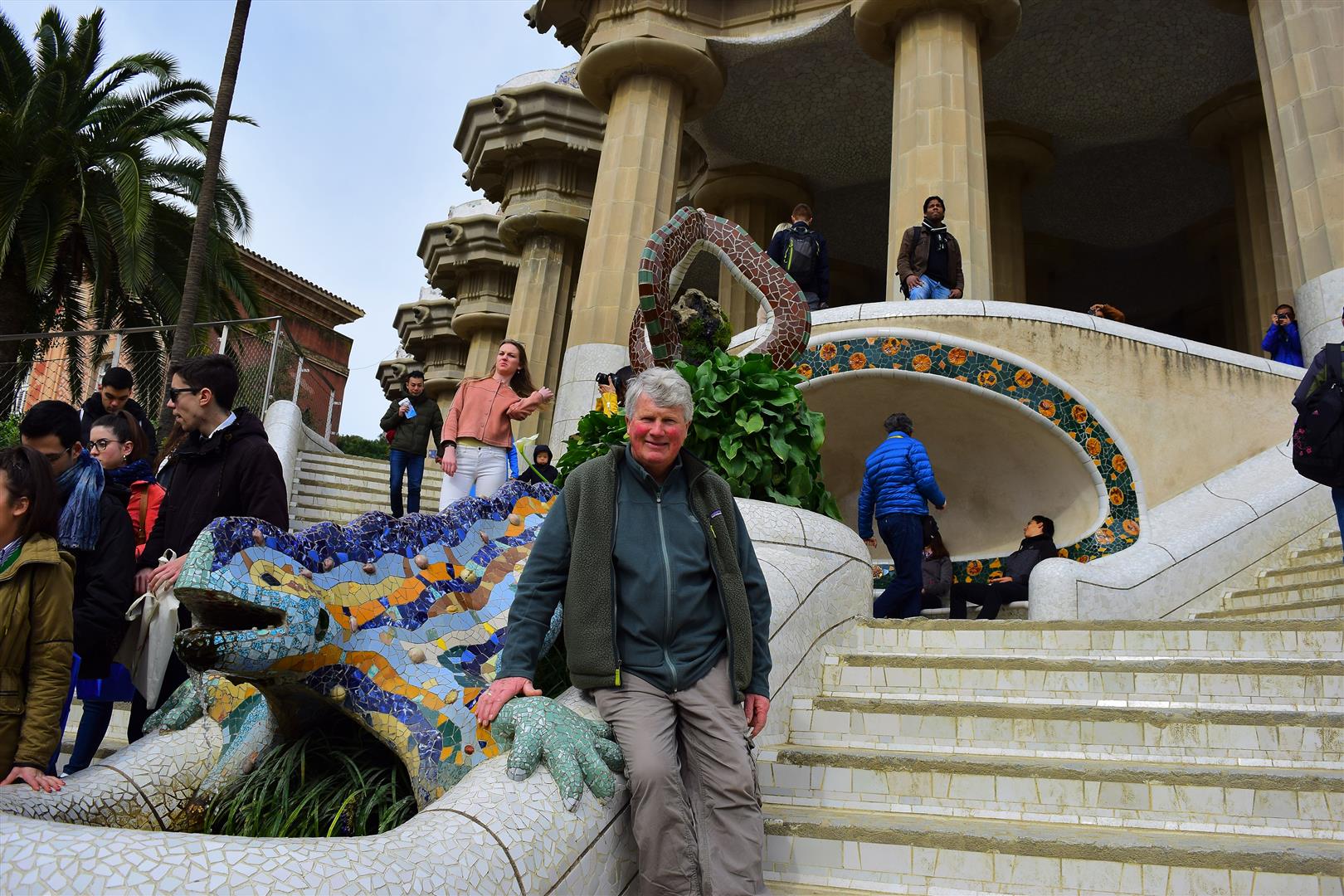 The dragon sculpture in the Gaudi Garden , March 14th 2018

As you can see in the photos there is a huge amount of concrete in the Gaudi Garden and what looks like a lot of broken pottery shards stuck on at random which to the purist probably have a deep significance but which left me cold … I love sculpture in a garden context  and in English National Trust gardens have been lucky enough to see some great monuemental works by Henry Moore and Barbra Hepworth although  I took this photo in Denmark but Gaudi’s genius passed me by . 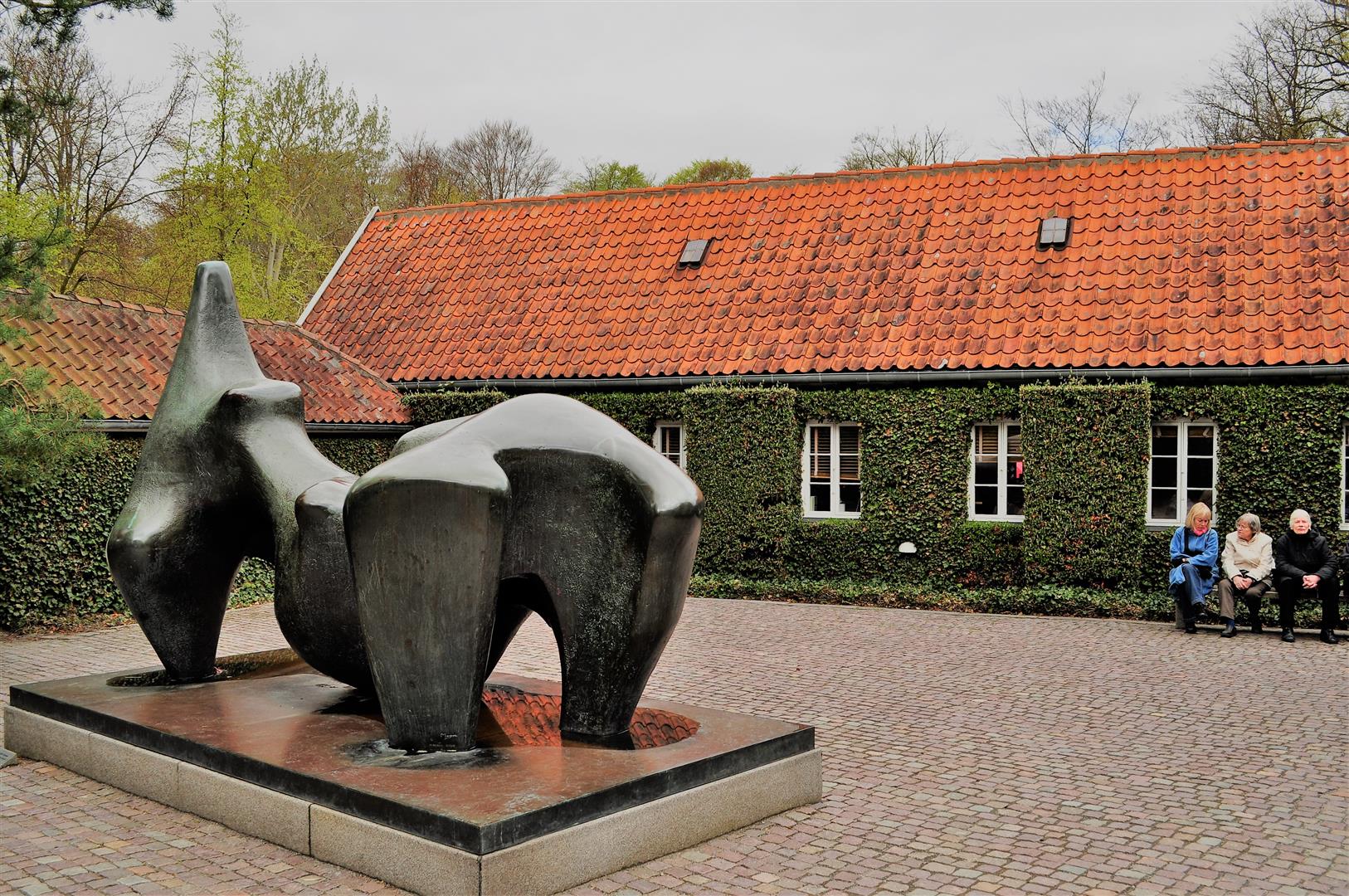 Henry Moore sculpture at the Louisiana outdoor Museum , Copenhagen , May 2010

The Marimurta garden is worth a detour if in the Barcelona / Gerona area and especially  if you are interested in cacti , it has a hillside site to die for with the garden running down to high cliffs straight into the Mediterranean . The garden was finished in the 1920’s and has over 4000 tropical and sub tropical plants over twenty acres and while not historically famous like the Alhambra further south in Andaluisia it is an experience and a delight to visit . 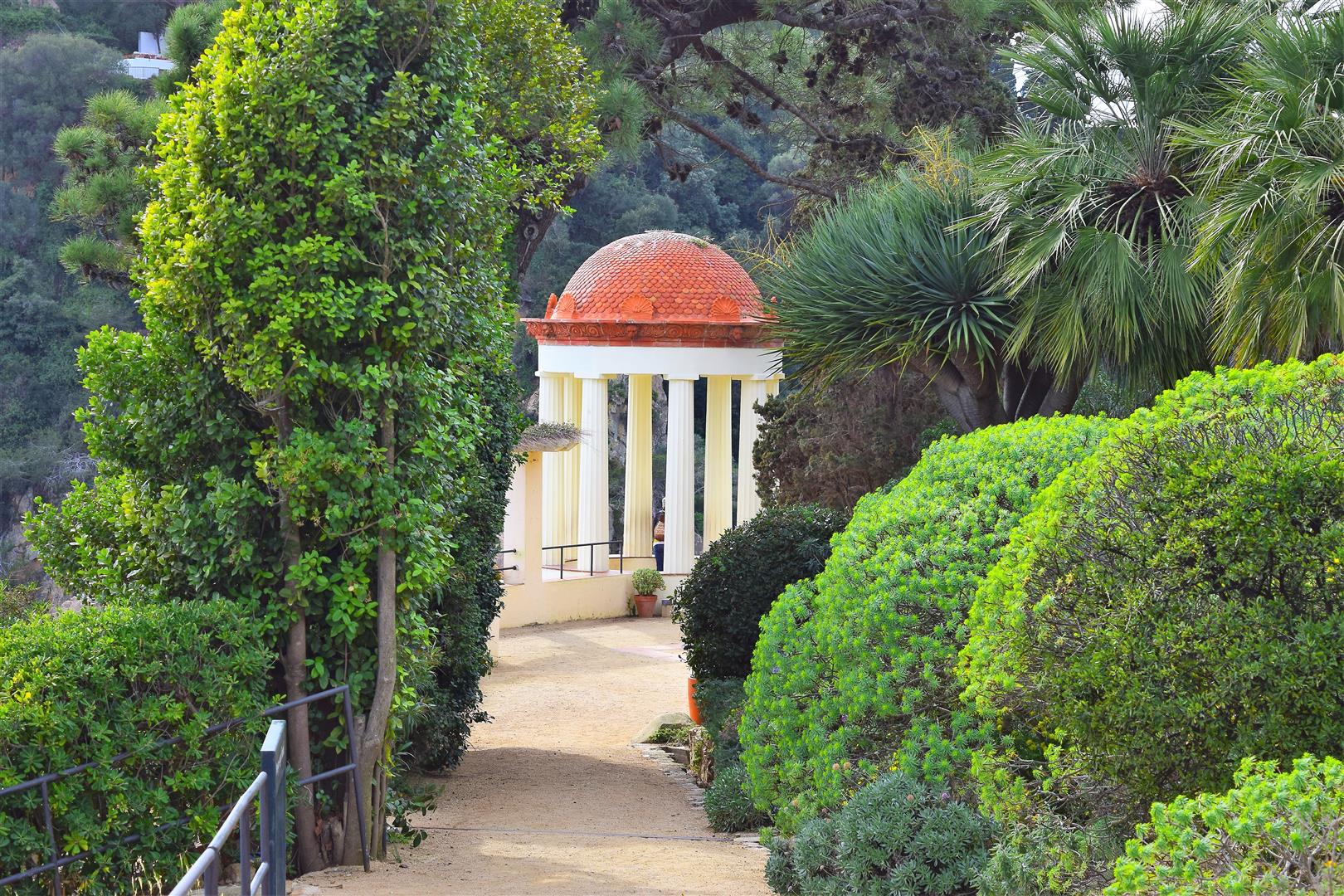 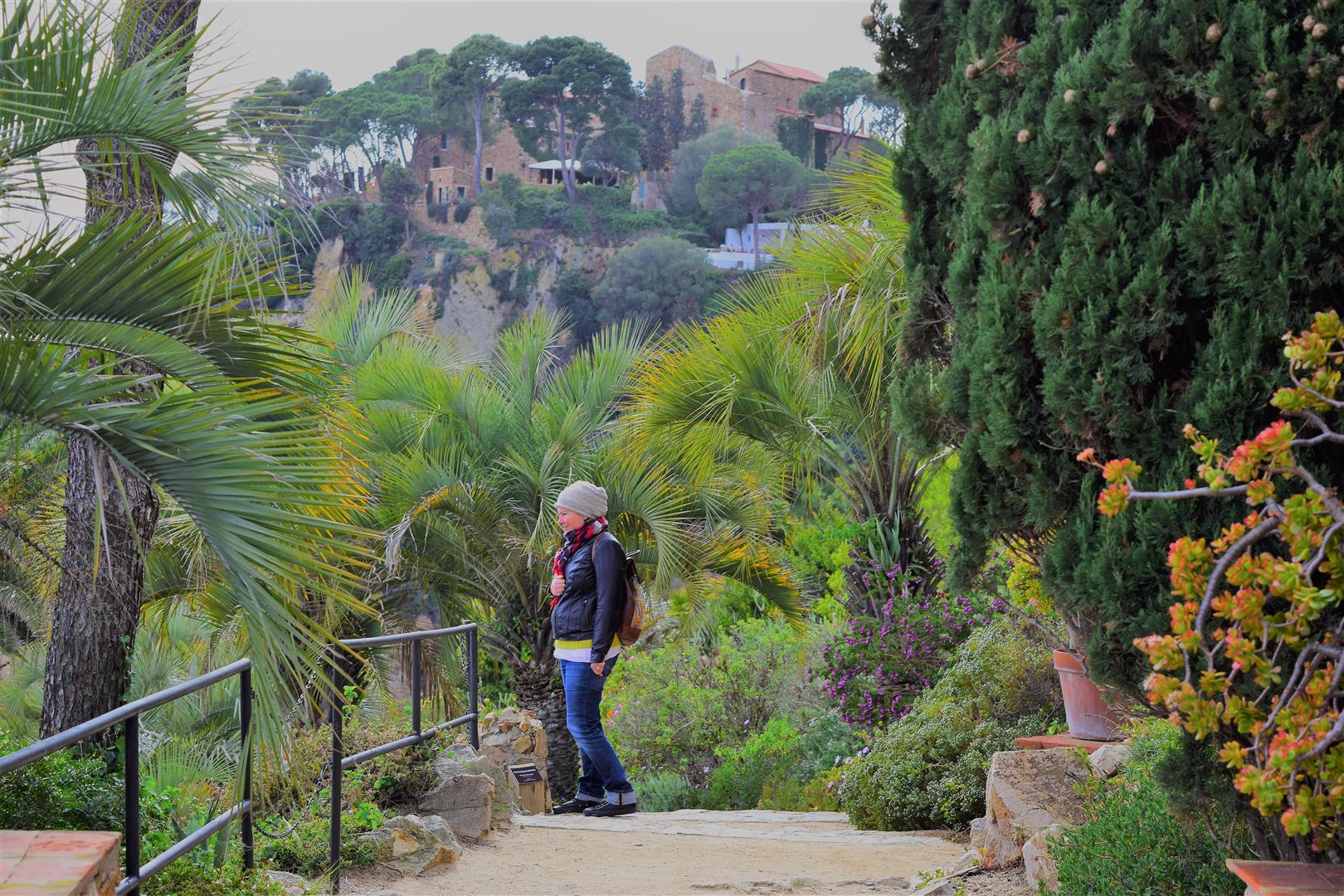 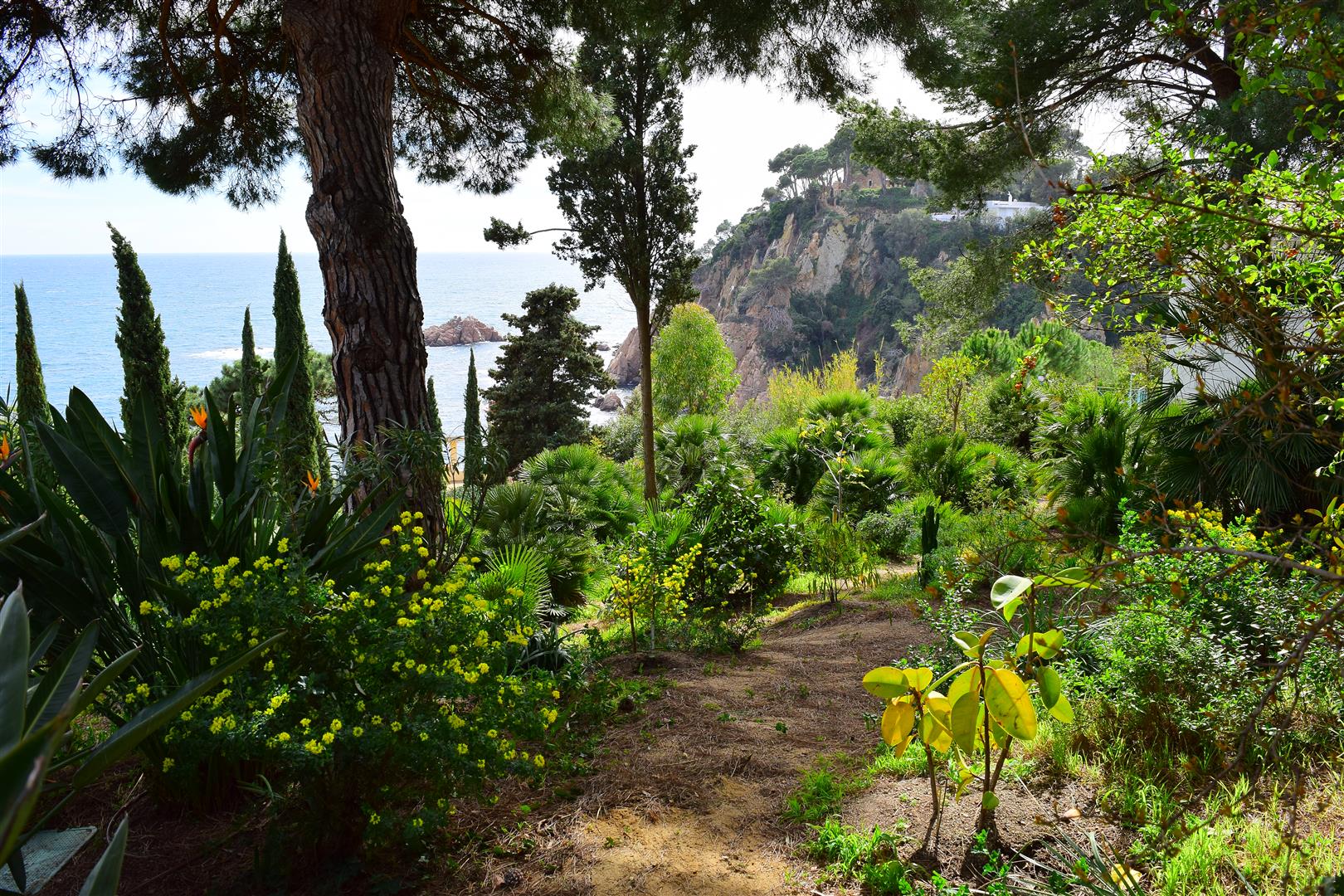 Barcelona was a city I have wanted to visit for a long time having heard so much about it but again it left me cold , too international in my view and not Spanish enough and I much preferrred the Seville / Cordoba / Granada area of our last visit in November 2016 . Granted the medieval area around the gothic quarter is fabulous and full of quirky artisan shops who certainly know how to charge for their quirkiness but fabulous nonetheless wheras the famous Ramblas street has neither quirkiness or artisanal qualities left unless you count the stalls selling knock off Messi jerseys .

Despite the bad weather there has been some colour on show in the garden here ! 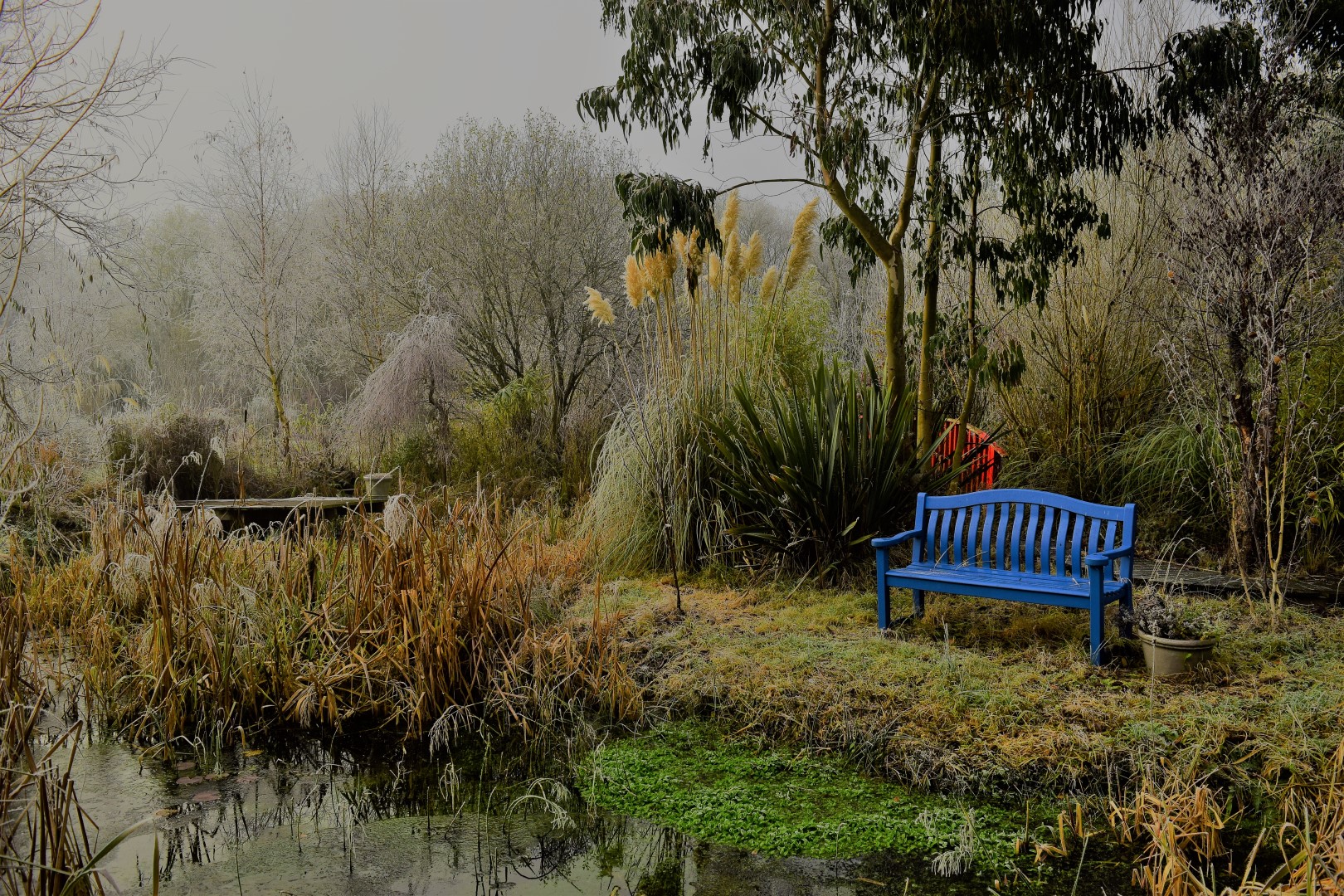 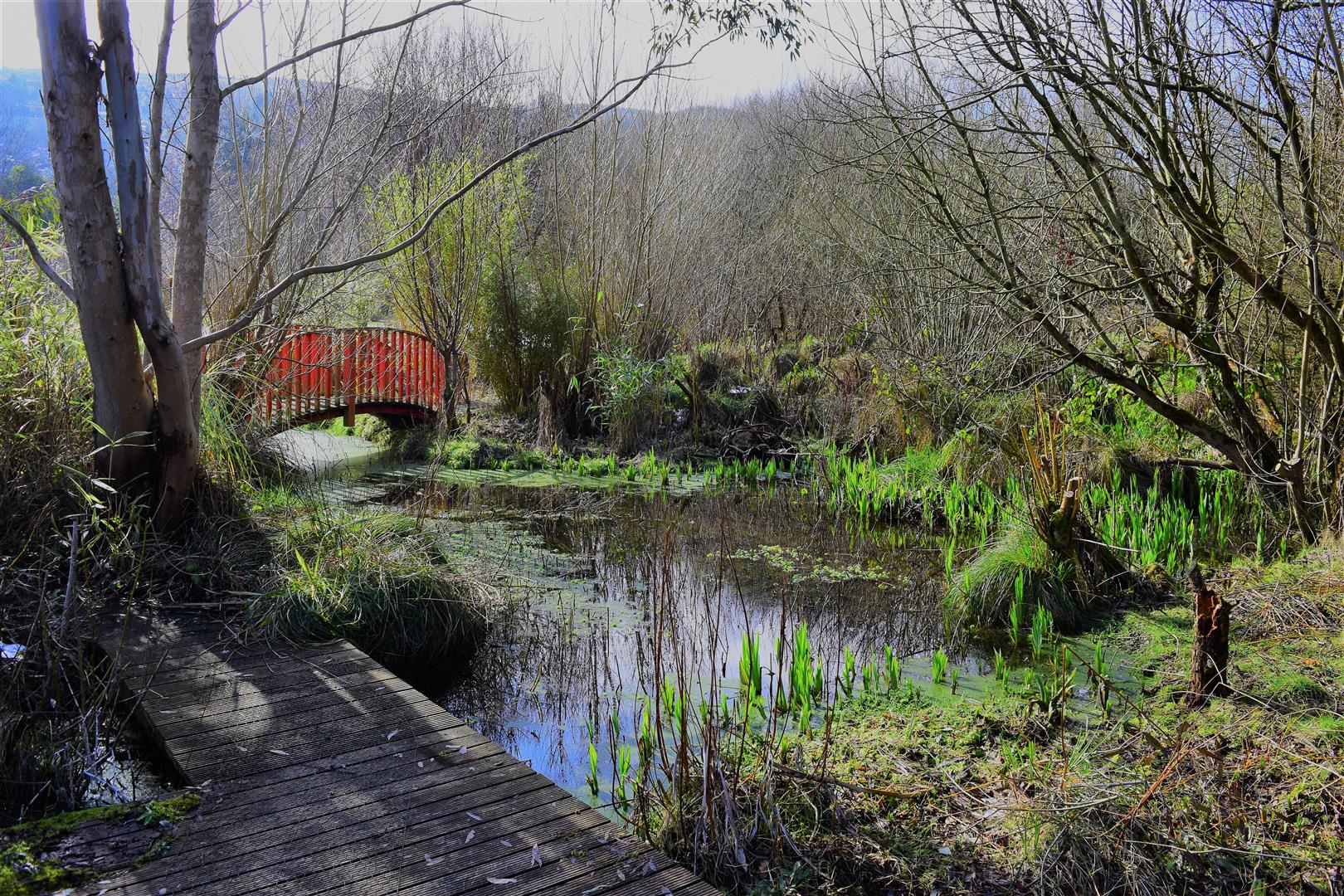 At this time of year I generally have a close look at the pots in the garden especially ones planted up the previous year as I find no matter how hard you compacted the soil when originally filling the pot there will always  be a few inches slippage which will need to be topped up . Good house keeping is also to replace annually the top few inches of soil in all pots with new potting compost and I always dig in some osmacote  , a slow release fertiliser in granular form , which will release it’s nutrient gradually over the next six months  of the growing season . While at it have a look underneath each pot , you will be amazed how many slugs hide there and overwinter just waiting for the new season of plants to chomp on  … look away now any tree huggers / humane organic  gardeners as my next piece of advice is kill them all !! 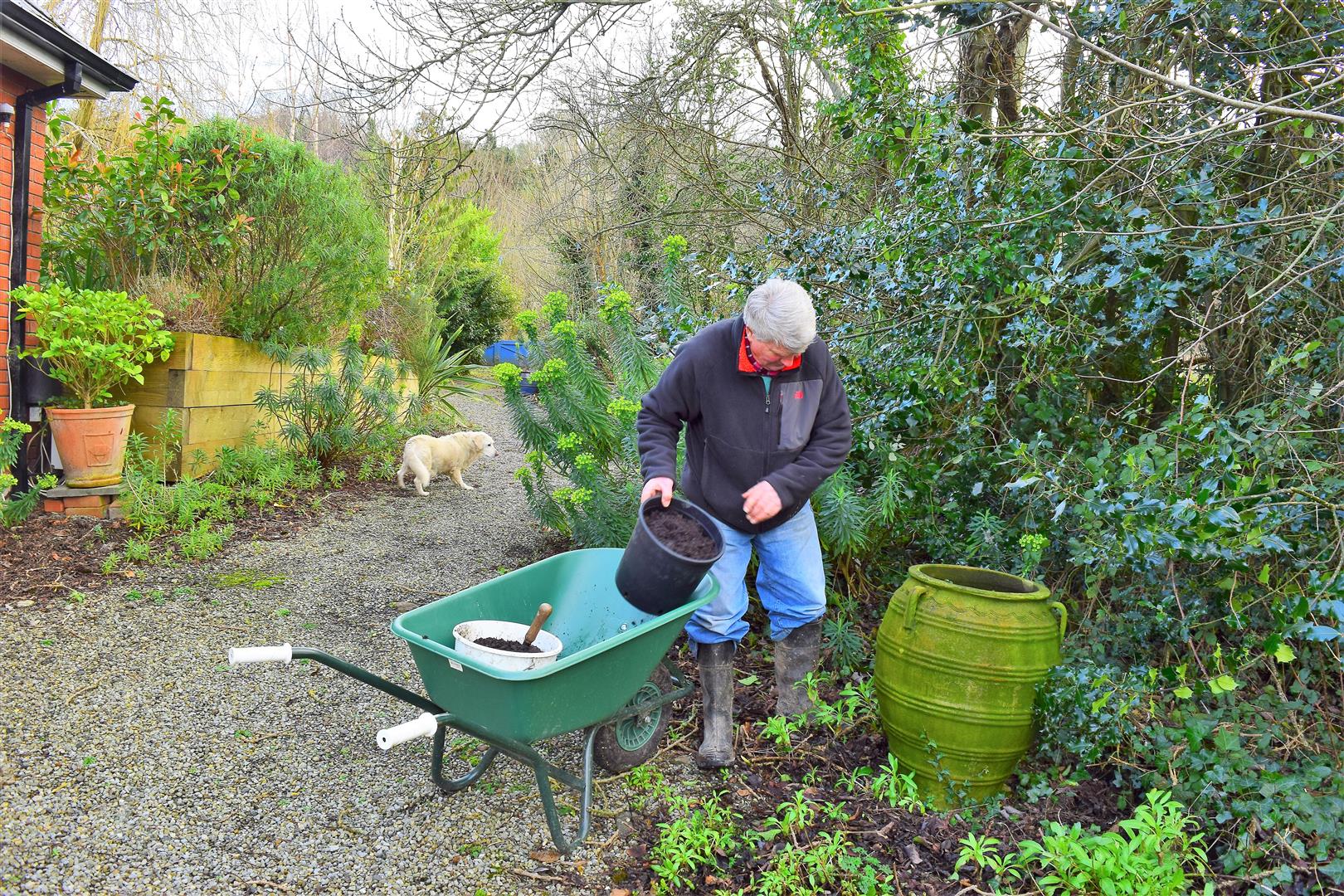 The rule of thumb for positioning of pots is like with plants or trees … either singly or in uneven numbers i.e. three or five . 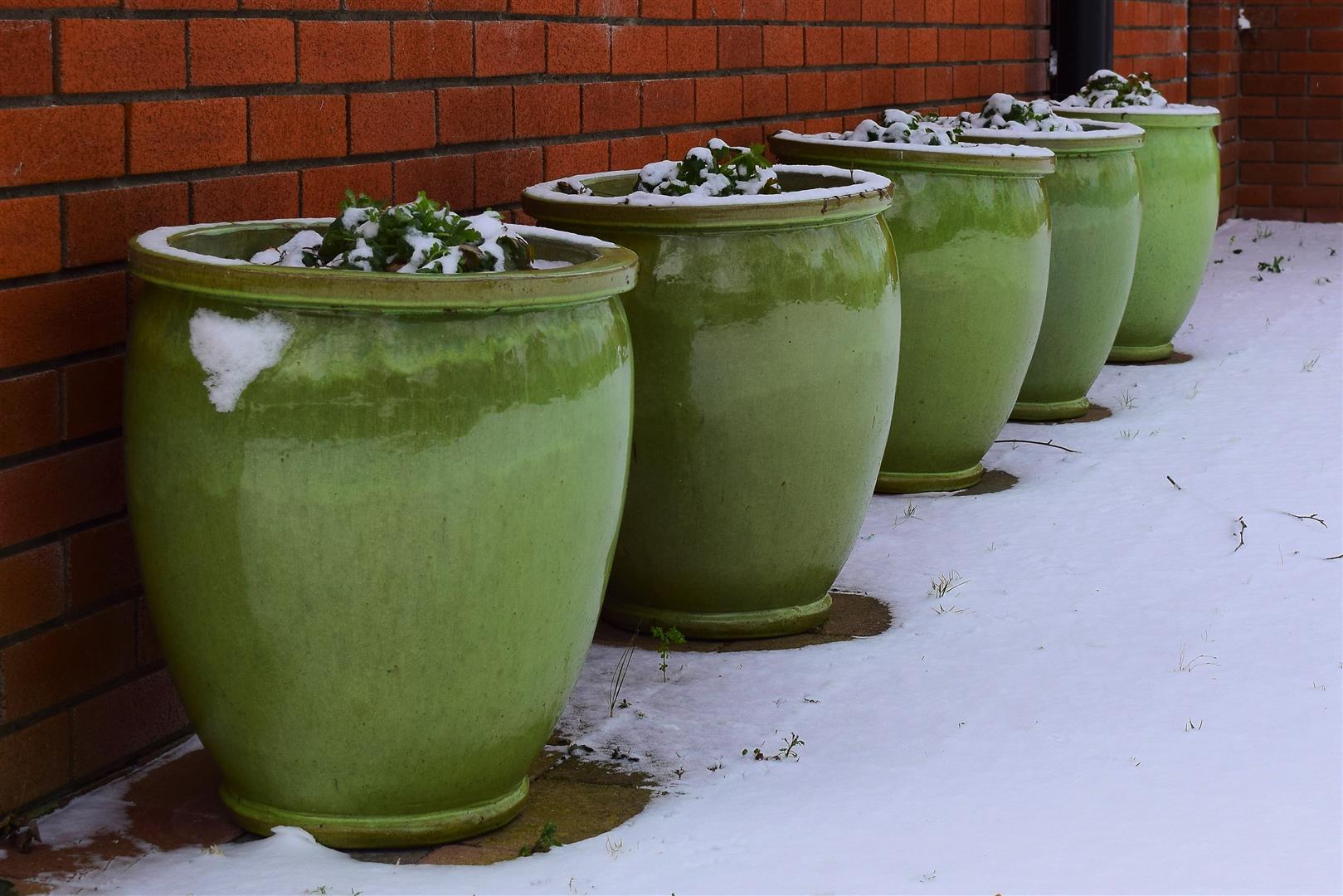 We bought a new pot yesterday to replace a tin one that fell to pieces and was only been propped up by the earth inside and as usual with a new pot I follow a routine that has worked for me over the years where I layer the bottom with either large stones or bits of broken pottery as this will keep the drainage hole clear and avoid water logging later … don’t buy a pot that doesen’t have a drainage hole . Next I add potting material I accumulate from gravel , sand and soil deposited by the rain in gulleys throughout the year and add some further filling of compost made from fallen leaves and a final top up of John Innes professional potting compost , ideally leave this settle for a few weeks before planting with whatever is your choice for this particular pot depending on it’s location in either sun or shade after which I put a final layer of gravel which will both keep down weeds and give a nice finished look .

Finally a Happy Easter from both of us at  Petrovska Garden ! 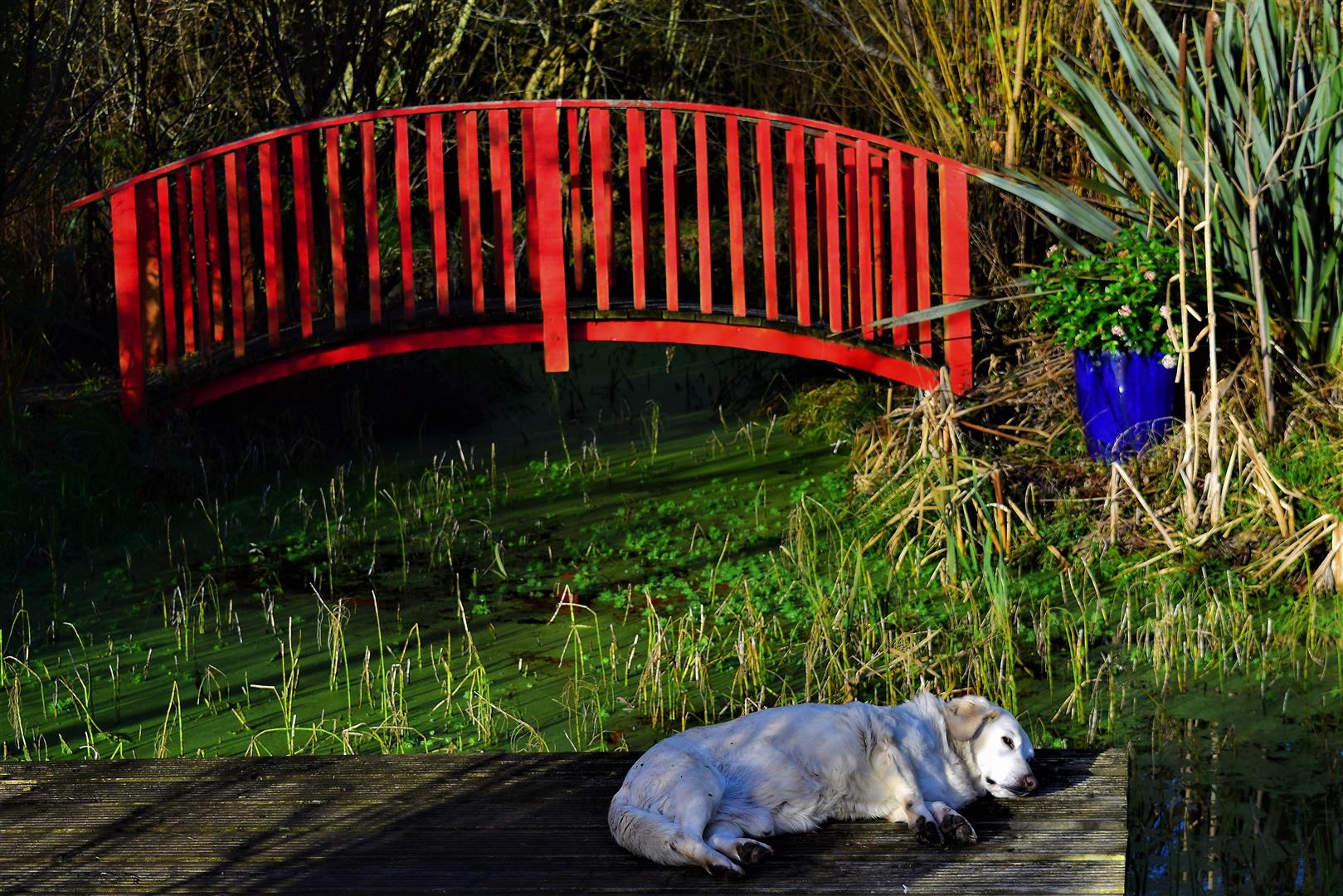 If there is a ray of sunshine Toby will find it ! Lower Garden March 5th 2018