Browsing through a new garden centre in the Clonmel area , the Tipperary Gardener , I came across a hosta called June , a sport of the variety Halcyon , which has been a favourite medium sized grey leafed hosta of mine for years now … June has a nice subtle cream and gold colour and was Hosta of the Year in the US in 2001 , I have had a specimen growing for the past few years in the front garden and really liked it but didn’t know it’s name and this was the first time I have come across it since  … the RHS garden encyclopaedia says it will grow quite happily in full shade where the colour is less pronounced and I have planted it in one of the new pots which is in full shade from noon onwards so it is a good fit .

Lots of nice plants in  the Tipperary Gardener but like it’s predecessor on the same site a few years back all their plants are grown and sold under cover which I have never liked as the plants , early in the year especially, can suffer a reverse when planted in the open ground . 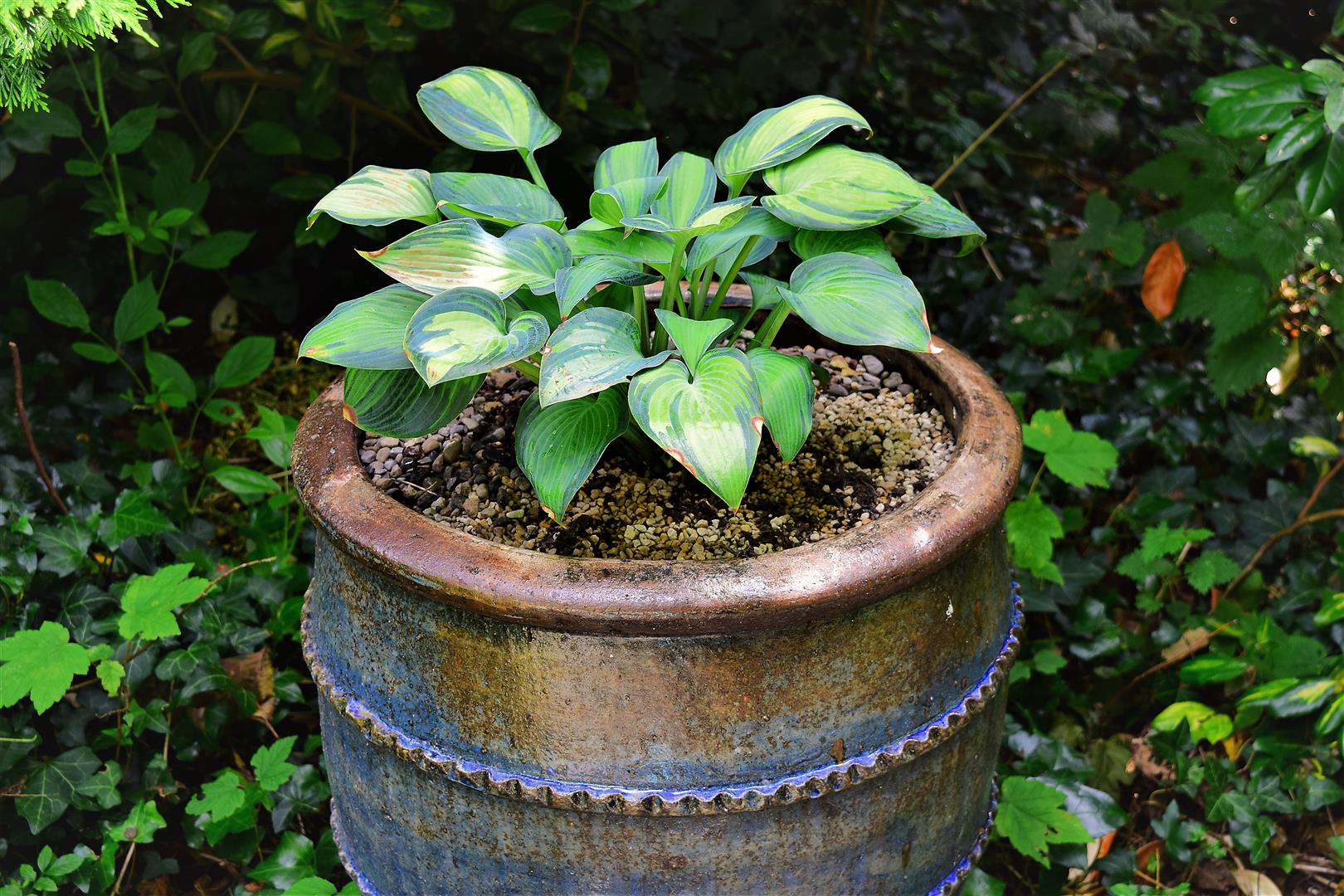 This was my lucky month for hostas , my favourite plant , as I came across another one I didn’t have , Gold Standard , in Kilcoran Garden Centre and like Hosta June this does really well and has it’s richest colour in full shade where I have planted it up in a pot … a large leafed hosta that reaches two foot high and wide after a few years … a North American breed introduced in 1976 when it sold for 85 $ a pop … a small fortune forty years ago and the highest price ever paid for a new hosta at that time which was huge money to pay even today . 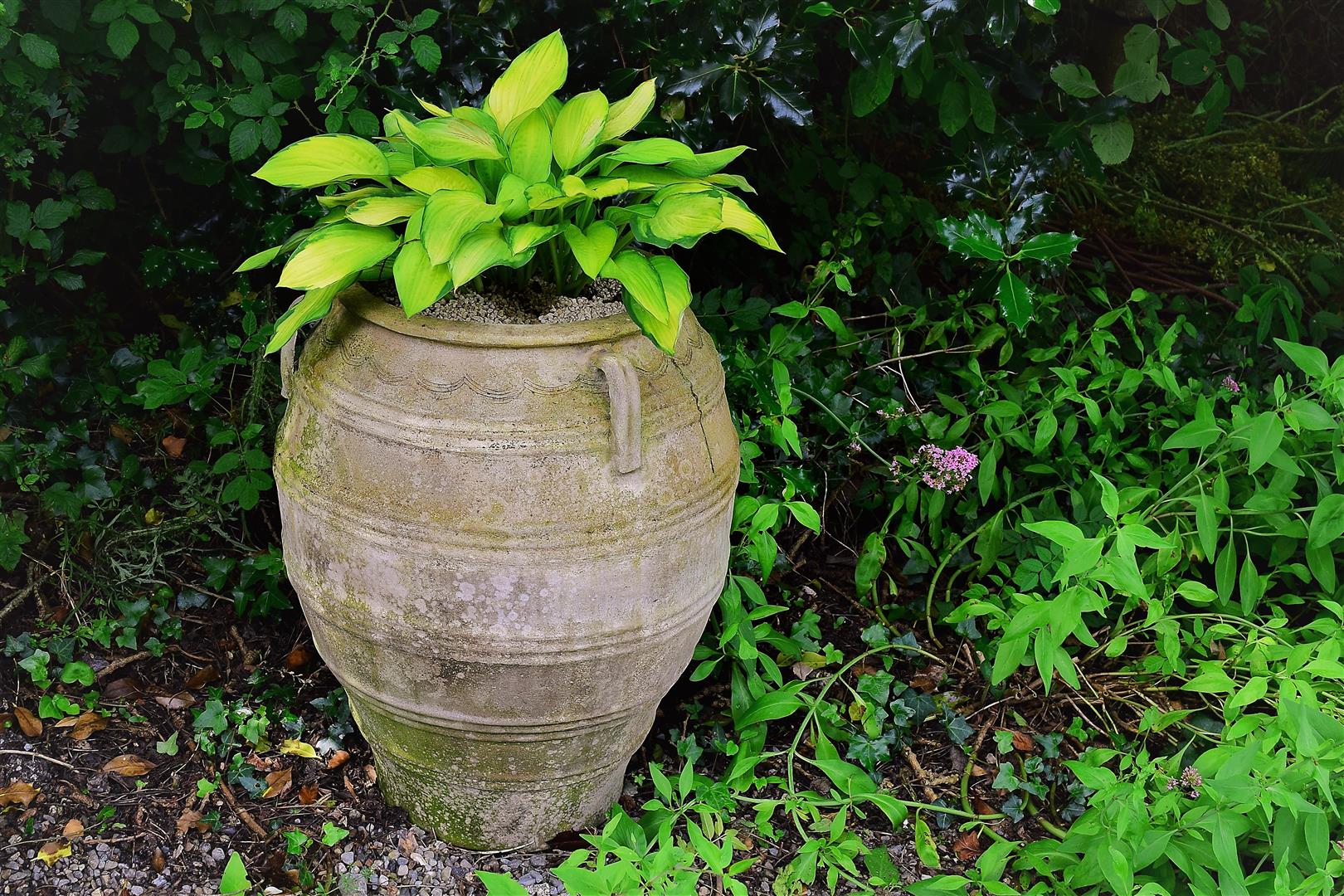 Hostas are probably the most discussed plant by visitors to the garden as in how do you protect them against slugs and everybody knows really there is only one solution and that is to douse them regularly with slug pellets when the new shoots peep up in spring … of course nobody likes to hear this un PC  answer and everyone hopes to hear of a new miracle protection such as broken egg shells around the new shoots , vaseline around the rim of the pot , collect the slugs nightly and feck them over the neighbours fence ( a recent poll in the UK suggests that as many as 75 % of gardeners do this !!) … Snezana like all eco freaks hates pesticides in the garden but you know I reckon we do enough for wild life in our gardens so a few slug pellets to protect our beloved hostas is OK … and I have asked the best gardeners and like me they all use them but we don’t like to admit it !

My favourite hosta , Sieboldiana Elegans , which has been growing in this pot for five years but is treated like a member of the family … fed and watered every day and of course protected from slugs with pellets … and if you can grow a better , healthier hosta than this then you are a better man than I am Gunga Din ! 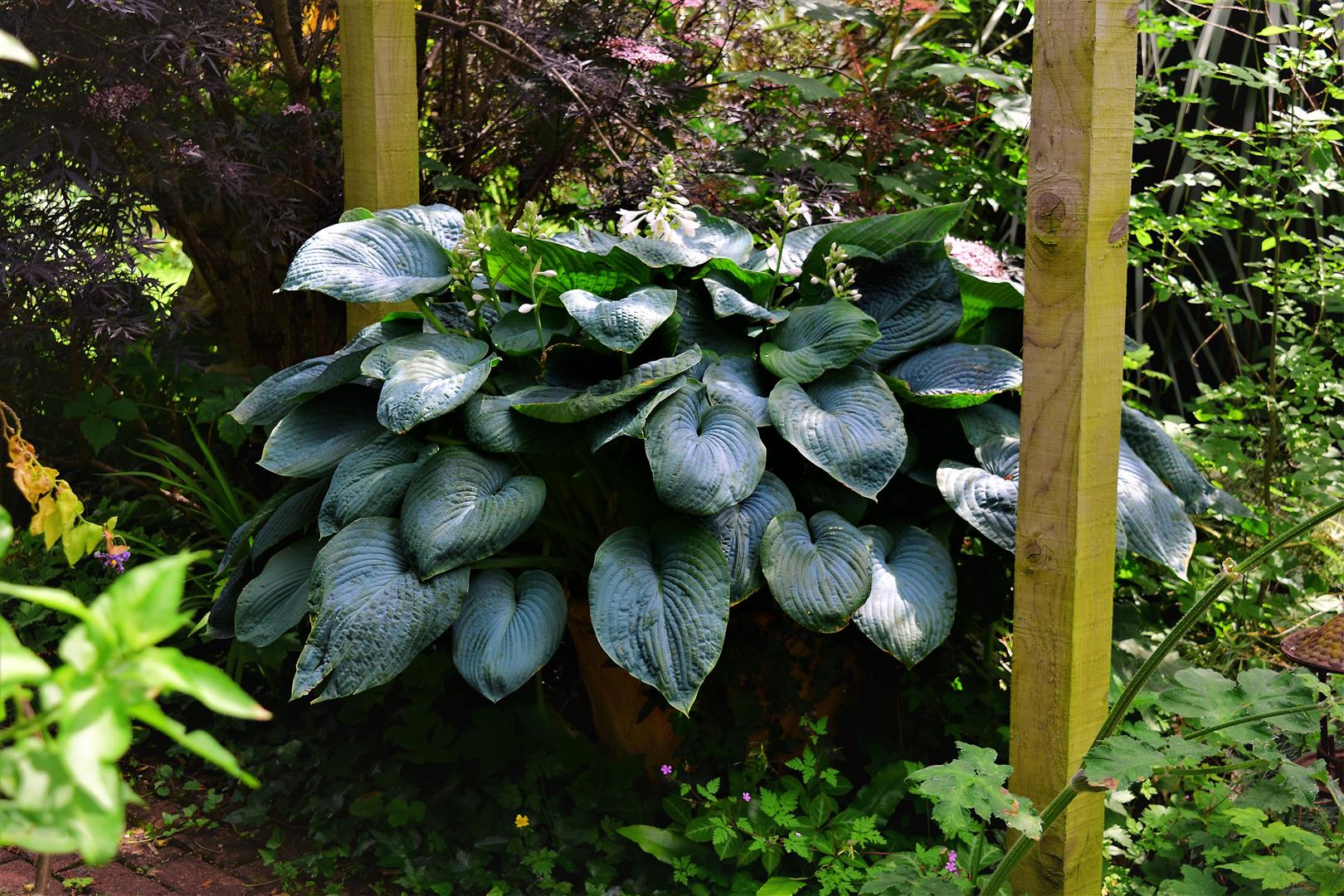 We had garden tours in early June on two successive days , the Fethard and New Ross Mother’s Union and the Kinsale Flower Club with almost sixty people … all lovely people but ALL women , not a man among sixty gardeners ! 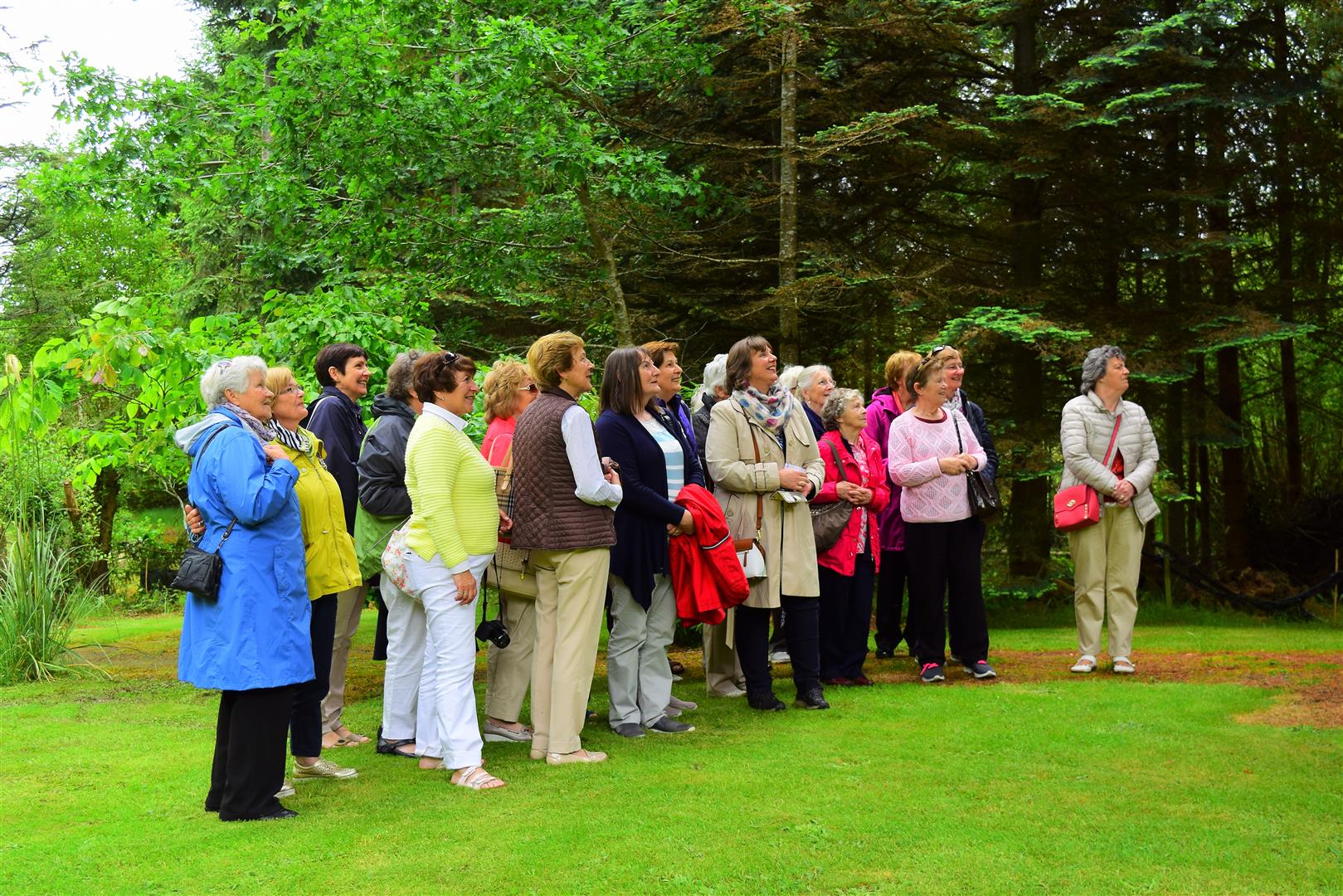 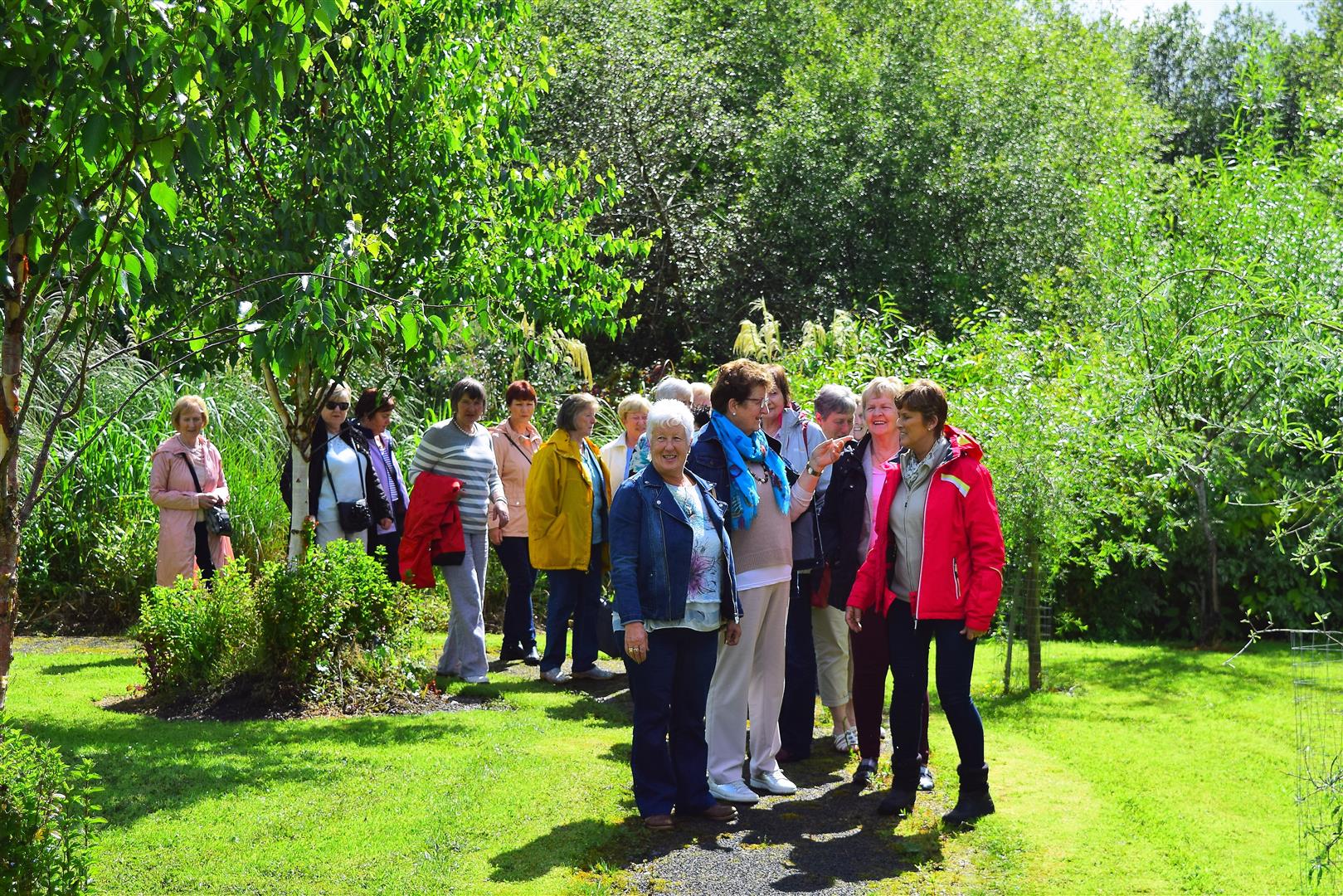 This generally is the situation within the gardening world and it is a female dominated sector which this also extends to gardening tastes as I find that the ladies prefer flower dominated gardens and are not too enamoured with the wild garden movement . This was brought home to me when visiting June Blakes’s garden in Co. Wicklow and I was asking around beforehand on which garden to visit on this trip i.e. June’s garden or that of her brother , Jimi , just a half kilometre further down the road … all the gardening ladies advised June’s garden and most opinioned that they did not enjoy Jimi’s garden as much so I took their advice and left Jimi’s garden for another day ( we could have opted to visit both but I felt it would have been overload and one would have taken away from the other ) . Frankly I was disappointed with June Blake’s garden , there was no ambience and for me the garden was just rows of perennial plants … now having said that June Blake is a fabulous plantswoman and if you want to see what flowering plants can be grown in Ireland then this is for you … but for me I quickly tire of the perfection of rows and rows of flowers . I haven’t yet visited Jimi Blake’s garden but am willing to bet that it is a masculine wild garden with no formality , loads of self seeders and lots of character which frightens the ladeez !

Gilliana trifoliata  is a ground cover perennial new to me which I came across recently and bought at Mary Skelly’s , Kilcoran Garden Centre , and is a North American plant which does well in partial shade , great shape , nice flowers similar to a vinca although does not self seed like the vinca … it was new to Mary also so I look forward to seeing how it performs , it has an unusual common name  Bowmans root or indian physic or the really nice sounding  Fawn’s breath  . Mary Skelly at Kilcoran just outside Cahir on the old main road to Cork has the best collection of plants and small shrubs that I have seen for a long time , all well watered and maintained in top condition … and most importantly not under cover so that they can go straight into the garden .

June colour in the garden 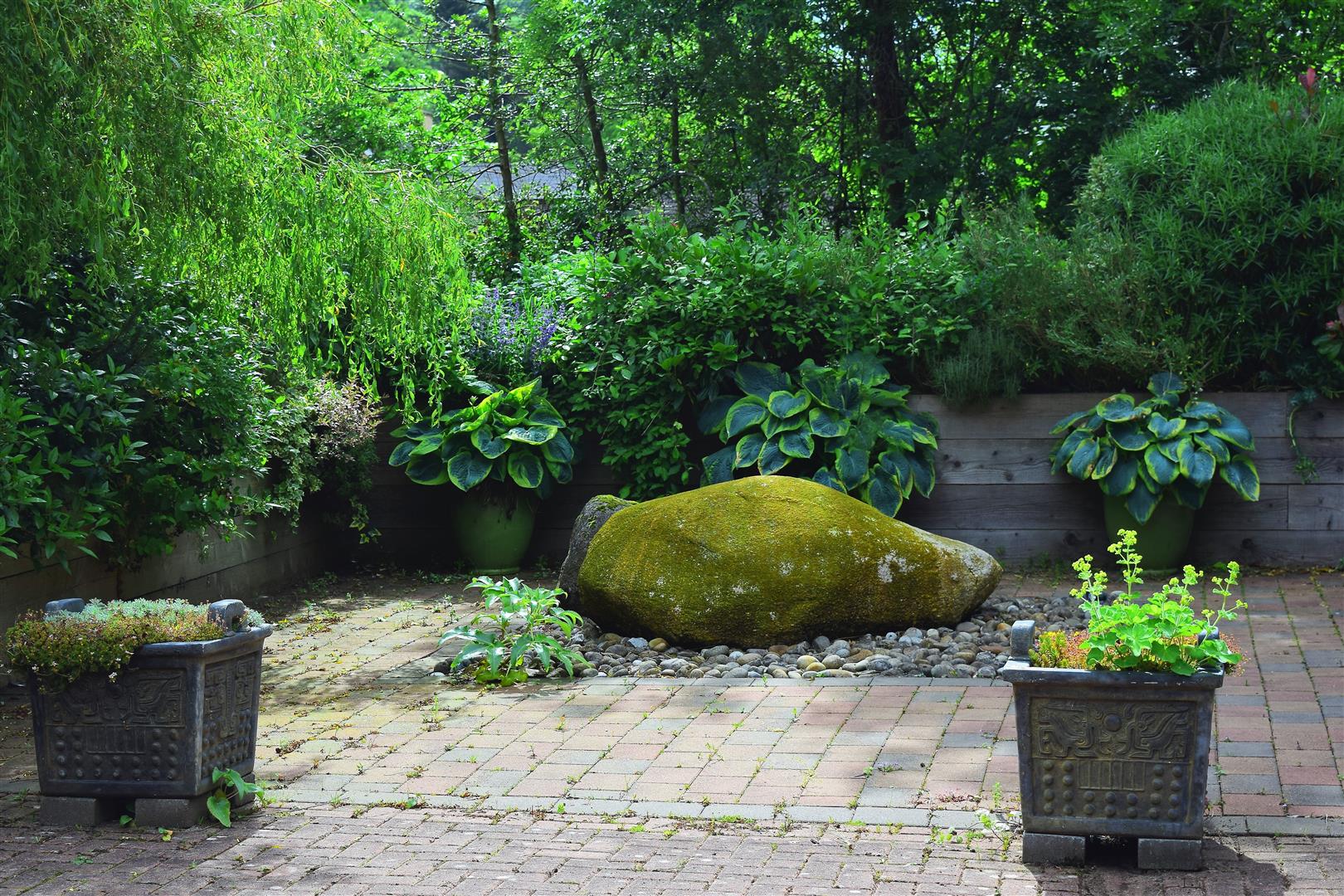 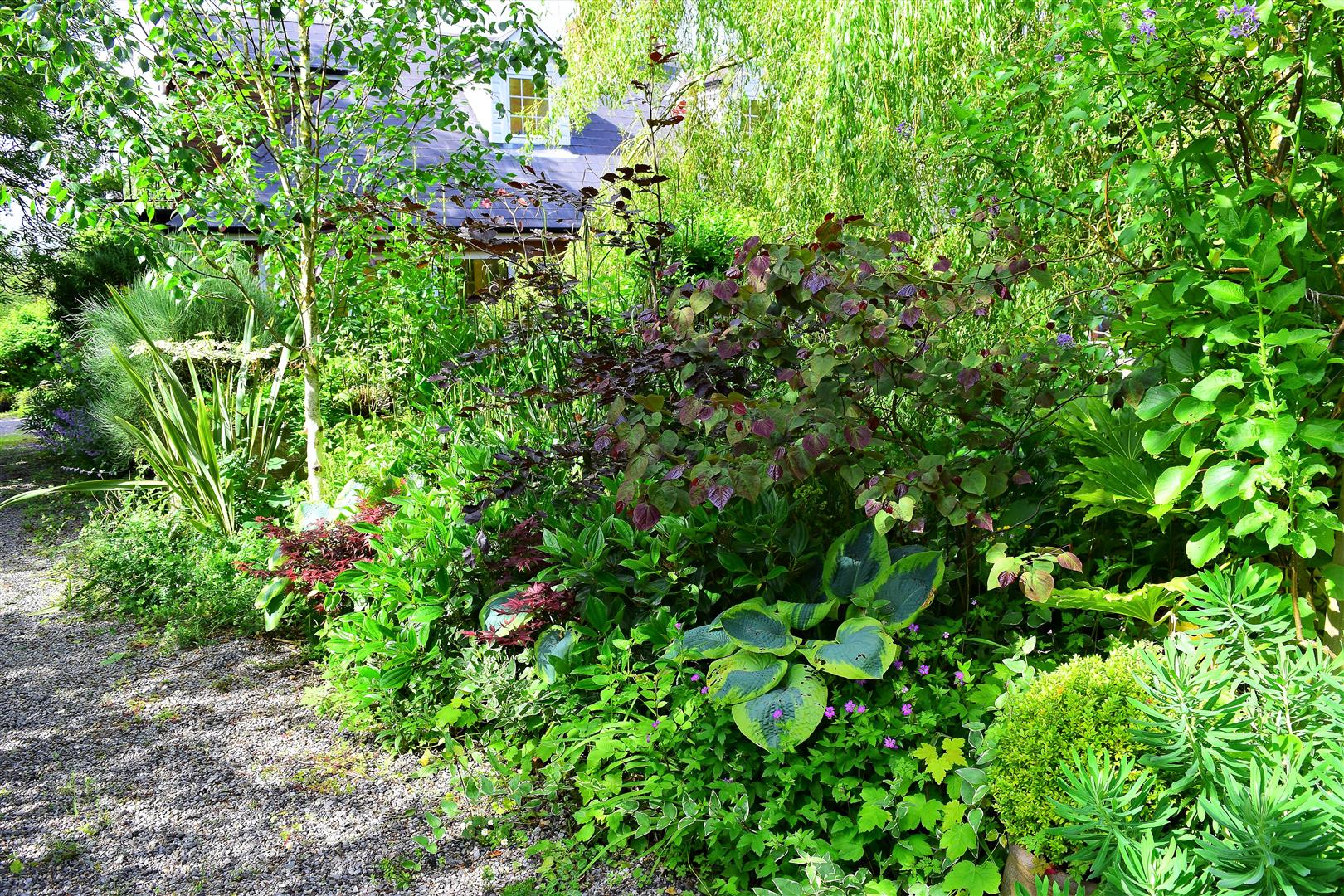 Shirley Lannigan has written a new book  called “ The Open Gardens of Ireland ”, a definitive guide to Irish Gardens open to the public and we were invited to the launch in Kilkenny … a very personal book and written in a lovely intimate style and Shirley will attend our Open Garden Day for the Lion’s Club charity in July where she will discuss the book and sign copies . 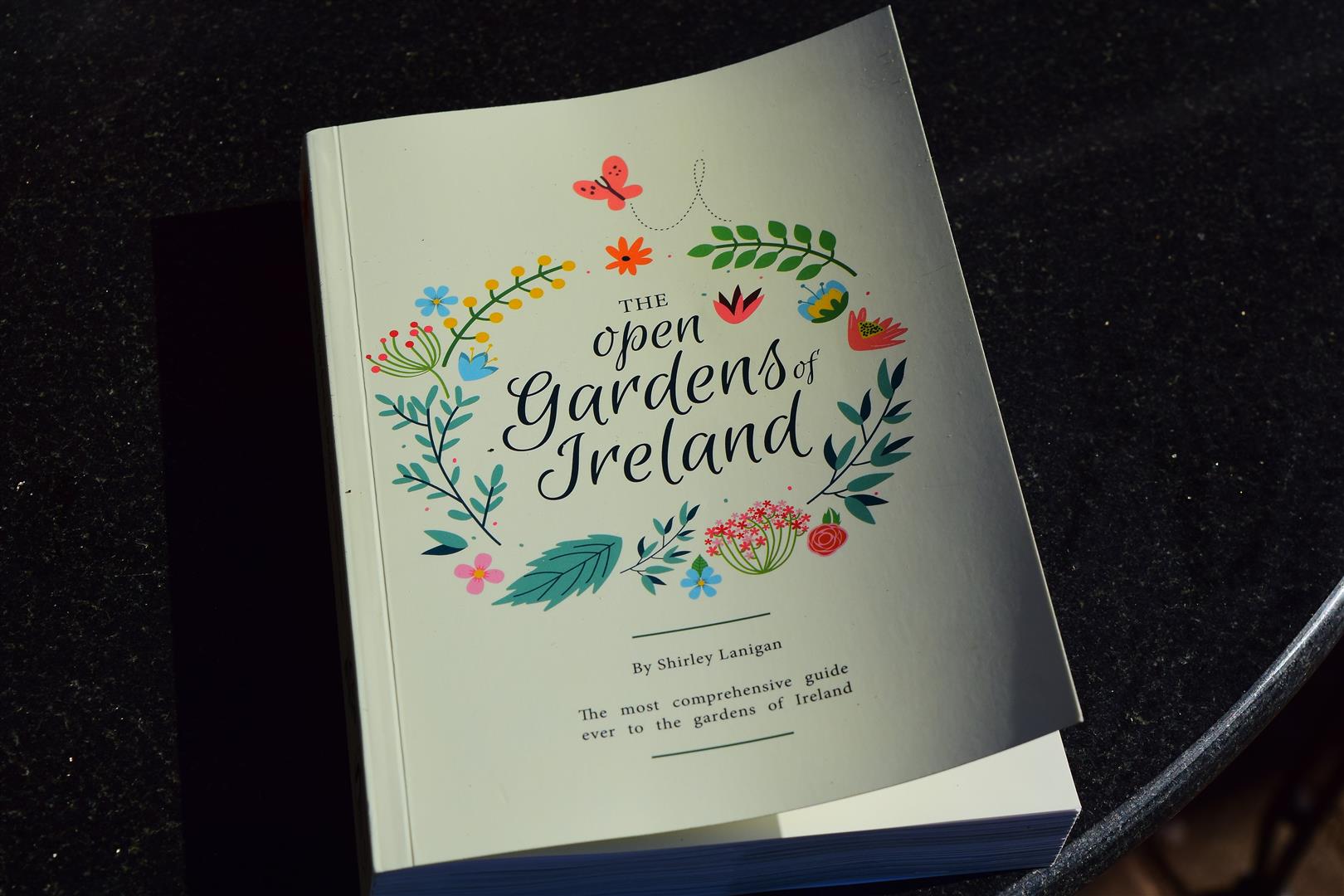 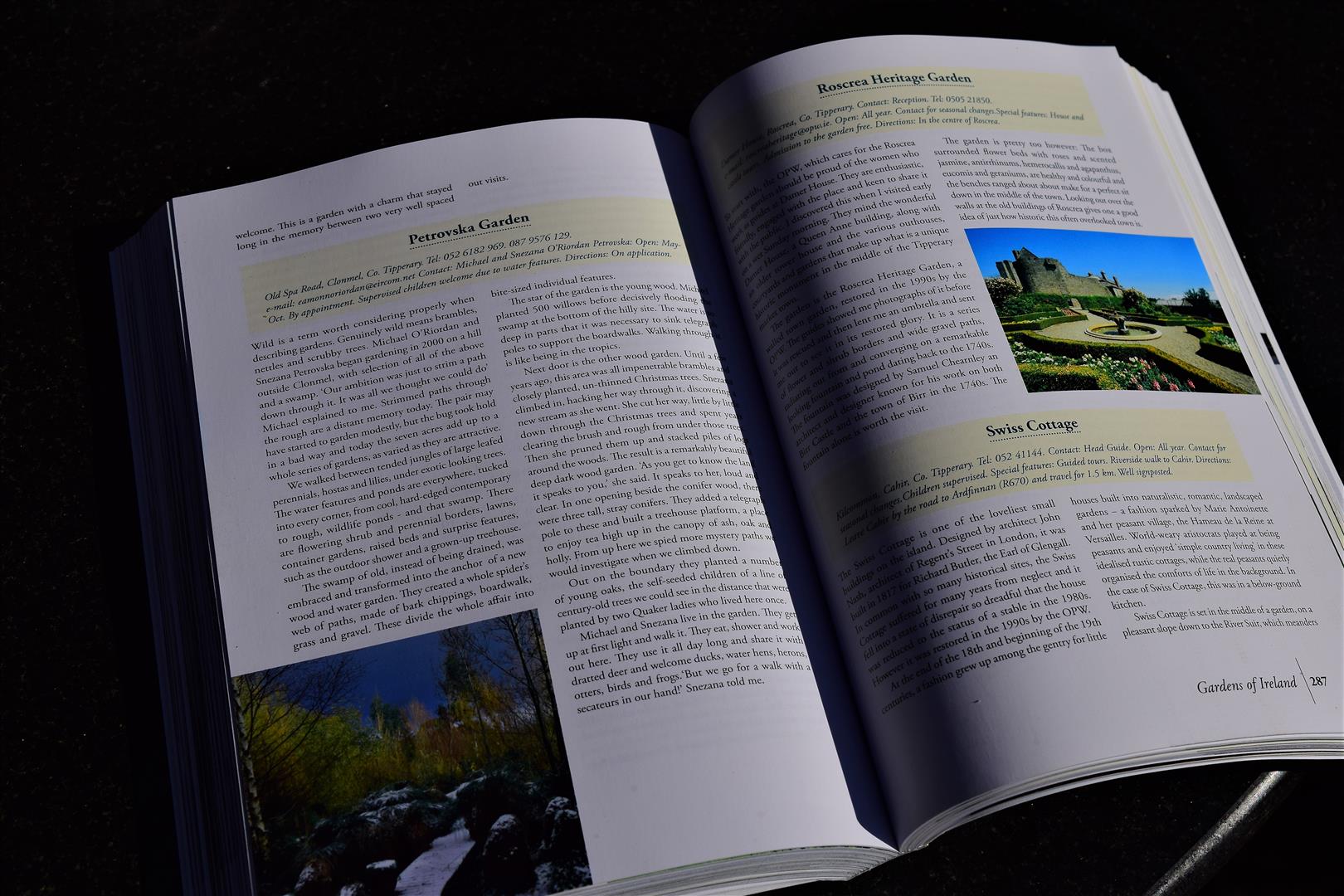 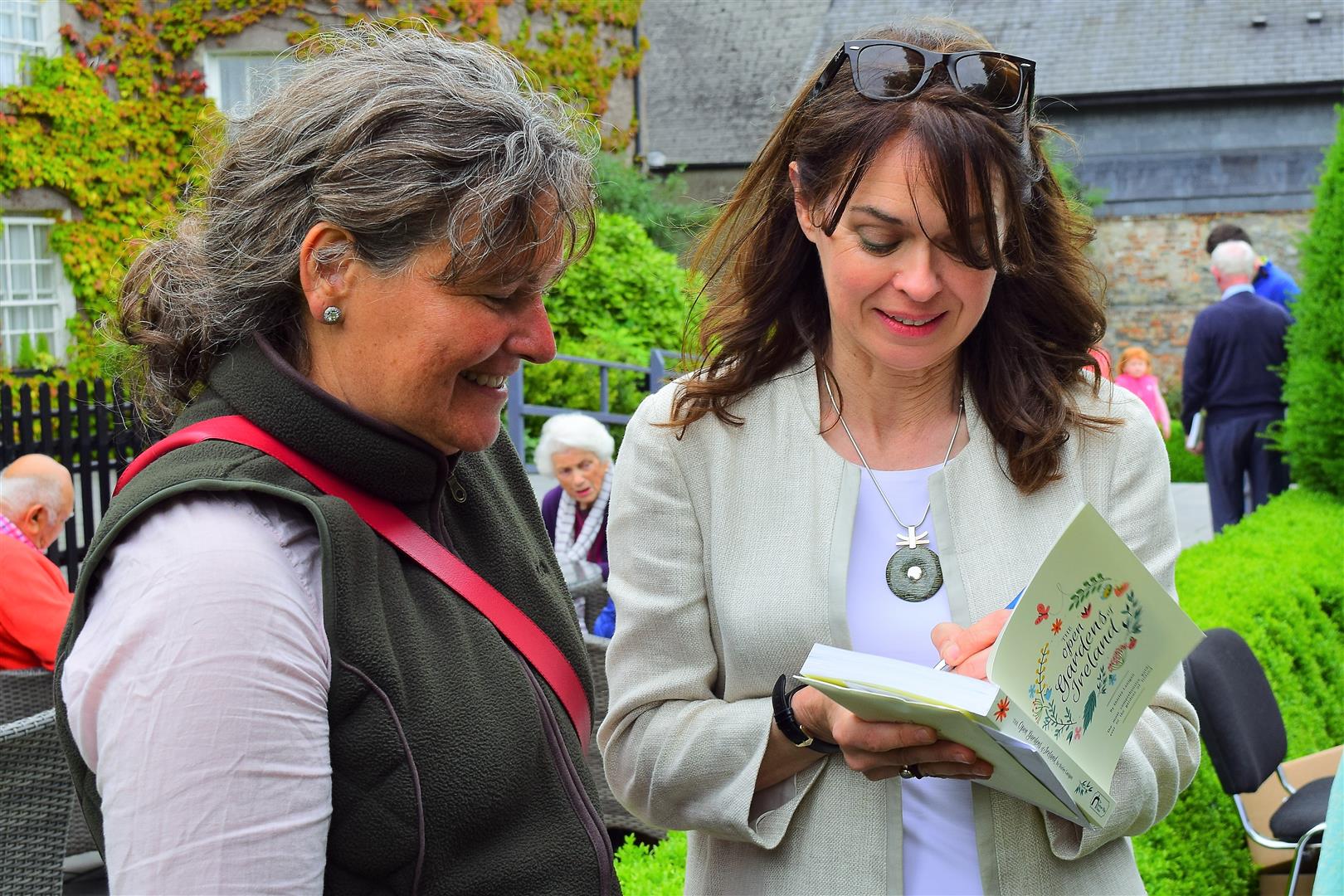 Shirley Lannigan signs a copy of her new book for Snezana , June 12th 2017

I have never been a fan of garden gnome figures in gardens and although I know there are people who take their garden gnomes very seriously … for me they always looked naff… well naff no more as Snezana fell in love with this little guy recently and he now stands guard in the gravel garden ! 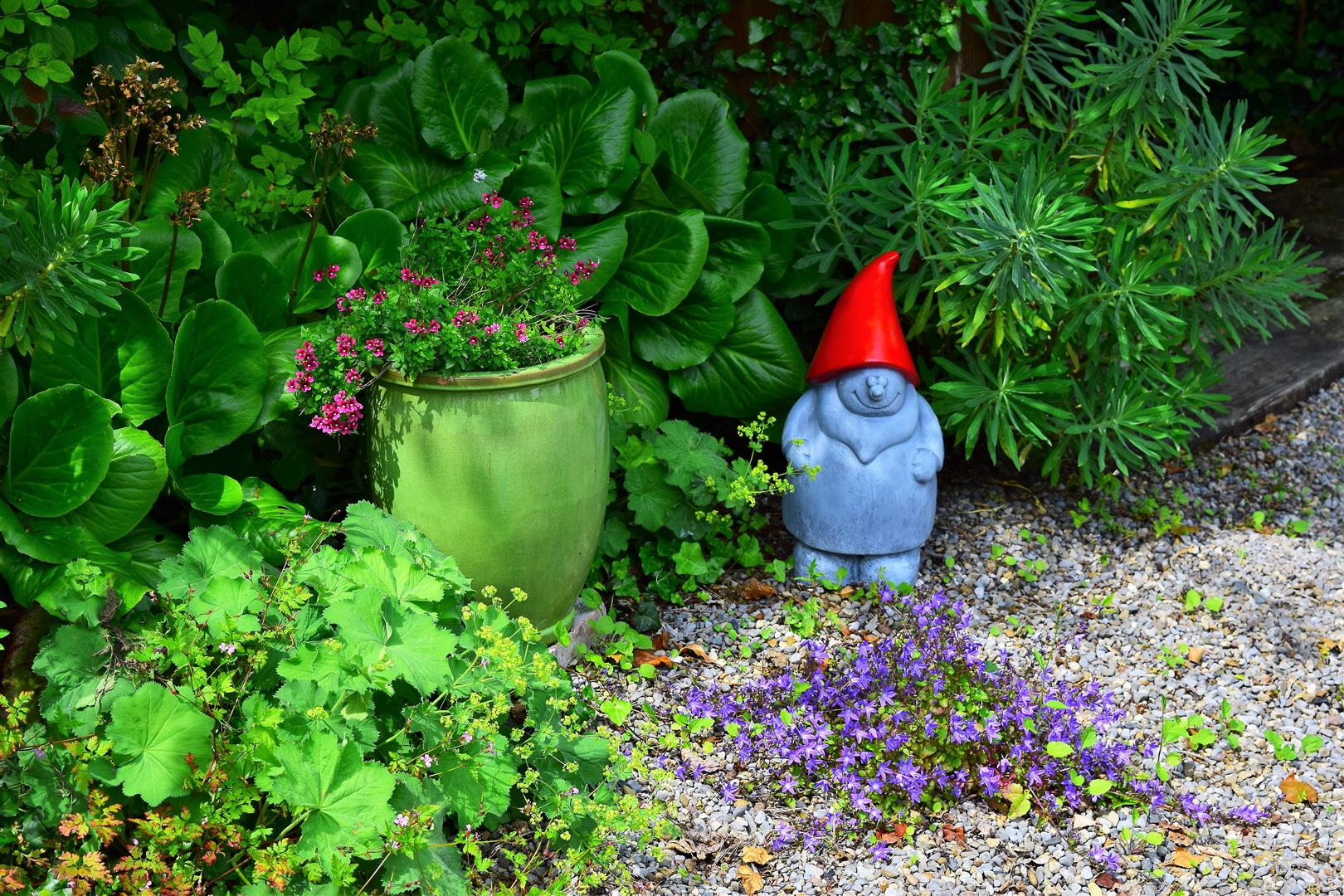 Snezana has returned recently full time to living in Ireland after three years in Eastern Ukraine as a front line observer on peace keeping duties with the OSCE Mission , trading in her normal work uniform of full body armour for a shovel , wheel barrow and secateurs  ! 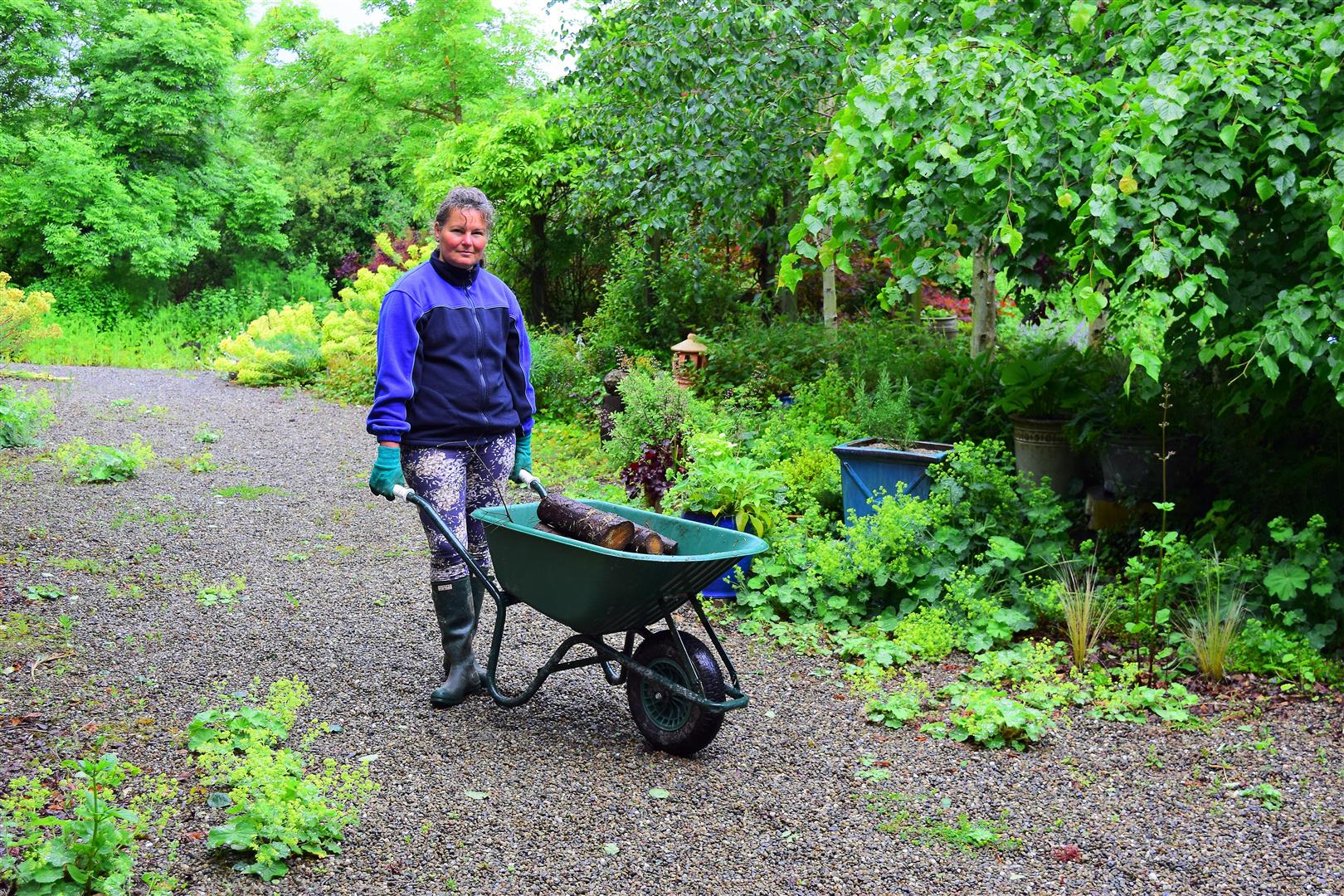