I bought some nice primroses in the January sale at Johnstown Nursery this week , the new irish bred chocolate  green type as distinct from the common olive green leaved native to Ireland and the UK . This new variety has been on the market for the past three years and has been a marketing sensation, the variety has been patented so the plant can only be produced commercially under licence which has made the individual plant expensive at seven euros each ….. seven euros for a primrose or cow slip as they are known locally and which grow wild along ditches and hedgerows  ?

Which is why I resisted buying only a single specimen last year to see how it would perform and crucially to see if it would come back again this year …. It retained its leaves all year and clumped up nicely and I will divide it up this Spring after it has flowered but to be honest I wouldn’t bother with the new variety as in my view you can’t replace or beat the common cow slip which is hardy , reliable , pops up every year and flowers without fail . But now as the novelty factor has dropped the price has also dropped and the new primrose can be bought for 3/ 4 euros … it is worth having a few in the winter border but don’t be tempted to go for the exotic coloured flowers , stick to the yellows and whites …. two reasons , white and yellow are the primrose’s natural colour and in my experience the exotic colours rarely if ever come back and the plant will revert to the natural colours anyway .

If you want to invest in exotic primroses then go for the drumstick primula , same genus but flowering later in spring with great flowers set high above the plant on tall stalks hence the name drumstick and absolutely gorgeous … every border should have some .

Today January 2nd 2014, a bitingly cold day with squally showers of sleet and I spent two hours on my knees in wet boggy ground hauling logs away from the four trees cut down yesterday …. you may think from reading this blog previously that gardening is always a pleasure  and that I as a hard core gardener am fully motivated with high energy levels every day out there …… not so and there are days when it is a real pain and you drag yourself around wondering when you can in good conscience give up and sneak indoors … today was such a day !!

Not only was I “ up to my oxters “  in water as my late great and always missed colleague from Rosslare , Eddie Quinlivan , used to say  but my wellington boots are leaking … Aldi’s best wellies which have lasted me well these past ten years as I refuse to splash out big bucks on a luxury brand as they are after all working rubber boots  … my wife in comparison wears Hunters boots and would wear Prada in the garden if they made wellingtons … they do ? ….. don’t mention it please !

There were compensations , small though they were ,  such as the smell of fresh pine resin in the air and on my hands from the newly cut logs , the small robin that followed me around , perching close to my hand and looking quizzically into my face ( probably in robin speak thinking is he mad ?) and finally when I was coming in the laneway the post man seeing my drenched clothes said “ Jaysus were you swimming “ … welcome to the high life world of gardening !! 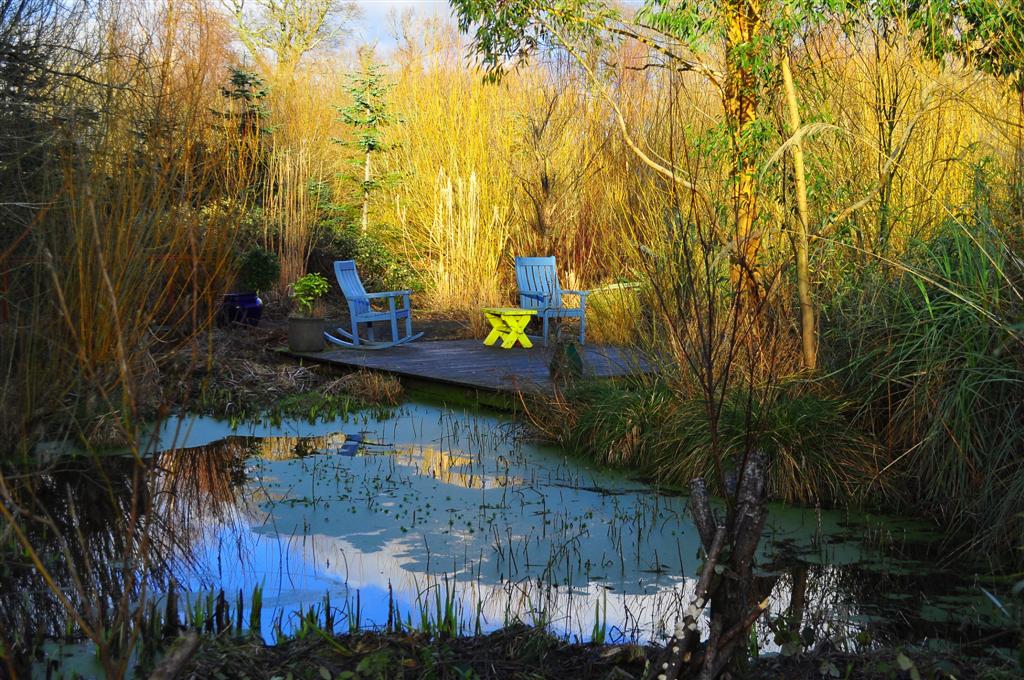 Today January 6th however was a beautiful sunny almost spring day and I enjoyed a few hours pottering around with various small jobs  and I planted out an acanthus spinoza bought last week in the Johnstown sale . Acanthus is a plant which does well in most conditions from full sun to shade and is also tolerant of dry conditions , it was very popular 2600 years ago with the ancient Greeks and Romans and so popular was acanthus  that they carved it onto the tops of their Doric and Corinthian marble pillars as a decorative motif , a tradition that was carried on by the builders of Christian basilicas and churches from the mid 5th century AD to the renaissance  and which is also visible in most churches  today  . Two main varieties of acanthus , spinoza which has serrated edges and acanthus mollis which has floppy leaves , both varieties grow into sizeable clumps and have lovely long lasting flower spikes and it is an architectural style plant I would not be without in any garden   .

For the last few years a clump of river birch have not been doing well for me after five to six years of good growth where they had reached three metres high but two years ago I noticed a lack of leaves and while the trees still appeared to be alive they definitely were ailing . Last year was the same although a little more leaf but a few days ago I cut them back to two metres and we will see what happens , the wood looks healthy so perhaps this heavy pruning will rejuvenate what is a beautiful variety of silver birch . 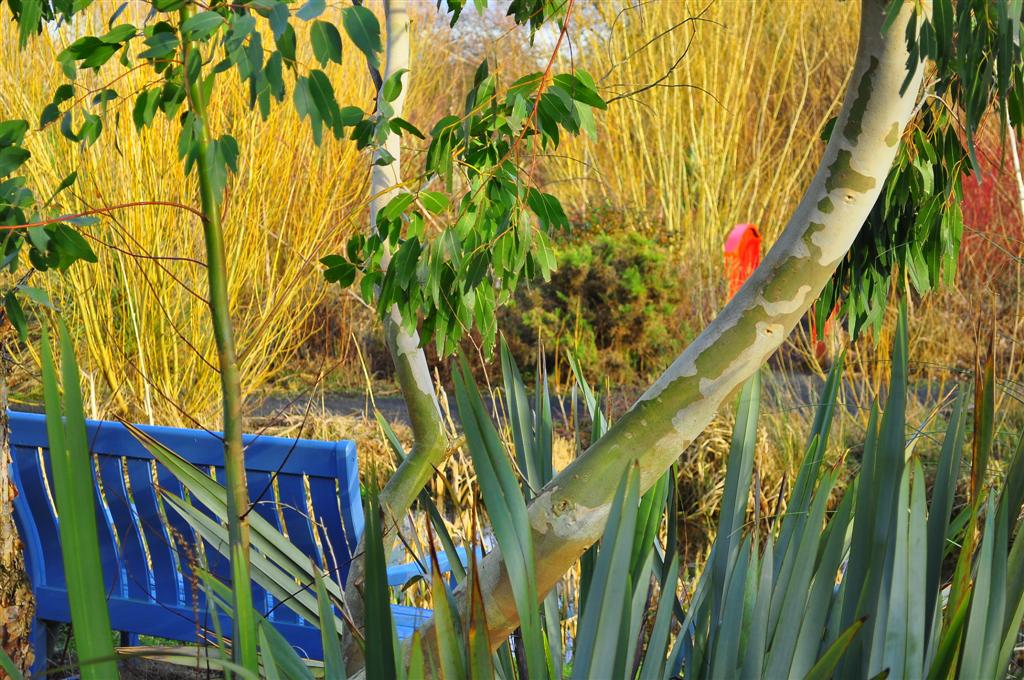 The trees blown over in the recent storms have all been cut up into logs which I stacked as usual in the garden as starter homes for the resident frog and beetle population ! 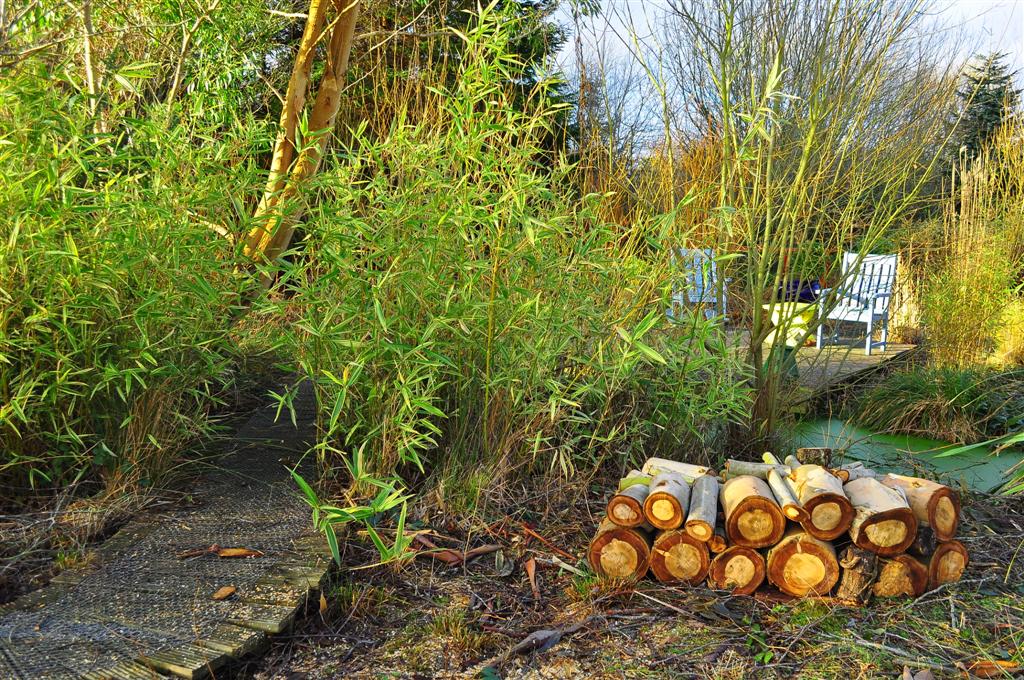 I was reading an article by Monty Don in the UK Observer last night where he says he is often asked what gardeners , himself included do in January and his reply “ I potter about “ sums up perfectly how I feel about January ! It is tempting to put in some extra duvet time when there is a gale blowing outside or the ground is frozen solid but even a half hour well wrapped out in the garden just pottering round is therapeutic and keeps things ticking over until the weather warms up . Today was such a day yet I managed to potter around for almost two hours doing some light pruning with the secateurs …. mind you had to kick start myself to get out there but I felt all virtous  afterwards ! 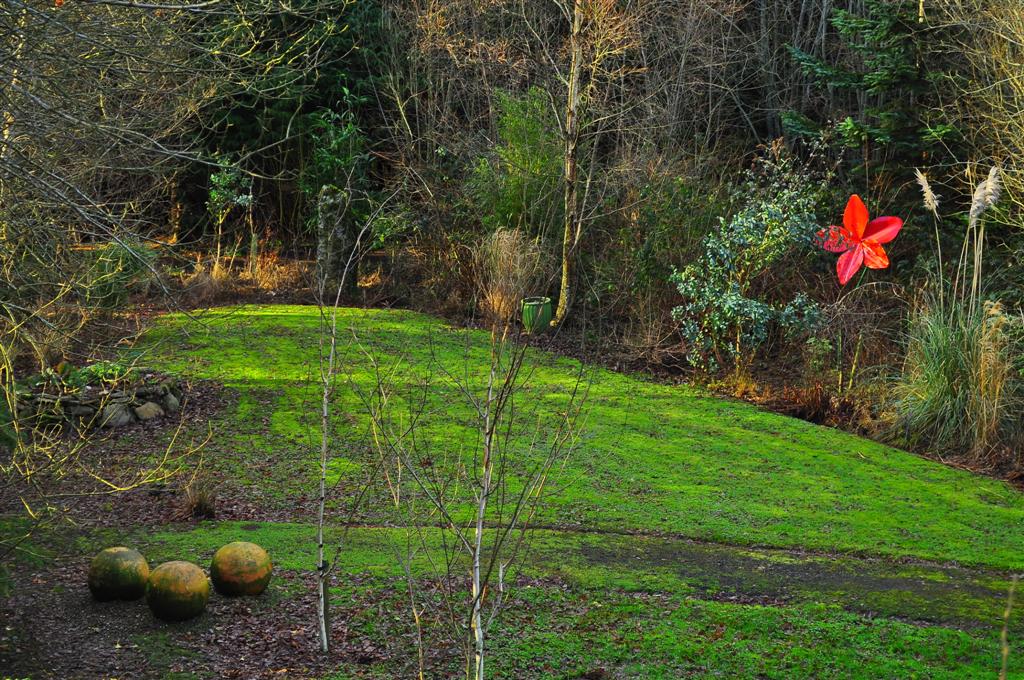 The other good thing about January is that no one expects you to be out in the garden and even the RHS lists very few tasks to be done and it is probably the only month of the year that you can walk around on a reasonable day doing nothing and not feel guilty about it !