My Gardening Week .. First of March 2014 … The Hills are alive with the sound of chain saws !

Trees are down everywhere after the recent storms in the Clonmel area and hardly a laneway has been unaffected and apart from the cleaning up operations some people  are panicking and chopping down  perfectly sound trees which are close to their houses as they have been given a sharp reminder as to power of nature and the damage a fallen tree can do to your  house .

That said it was sad to see a group of mature silver birch cut to the ground on our lane which were in no danger of falling and had many years of beauty ahead of them which was a real case of throwing the baby out with the bath water because of stormy weather which may not be repeated again for many years .

We lost seven to eight trees , mostly conifers planted in wettish ground where the roots didn’t have enough grip to withstand the winds and just keeled over … always a sad event to lose a tree or shrub but gardeners tend to take the long view and see an empty space as an opportunity to plant something else .

Yellow fever has also struck the garden with daffodils erupting everywhere , later than usual but a welcome sight and I must remind myself to stop planting the taller varieties of daffs and instead plant more of the dwarf type particularly the variety tete a tete as they don’t get knocked over in the         wind .

The weather in January and February has been so wet that I still have plants in pots waiting to be planted since the first week of January as there was no point in trying to dig in these lagoon like conditions so hopefully next week the ground will have dried out sufficiently to get back to normal gardening .

And to think I was so optimistic on February 1st which I mentioned as Saint Brigid’s Day traditionally  the first of Spring in Ireland !

I was in Jerusalem last week and in the hotel garden they were planting out spring bedding ….. imagine planting out spring plants in mid February but of course the down side to that type of climate is that unless constantly watered the summer heat will kill everything off . 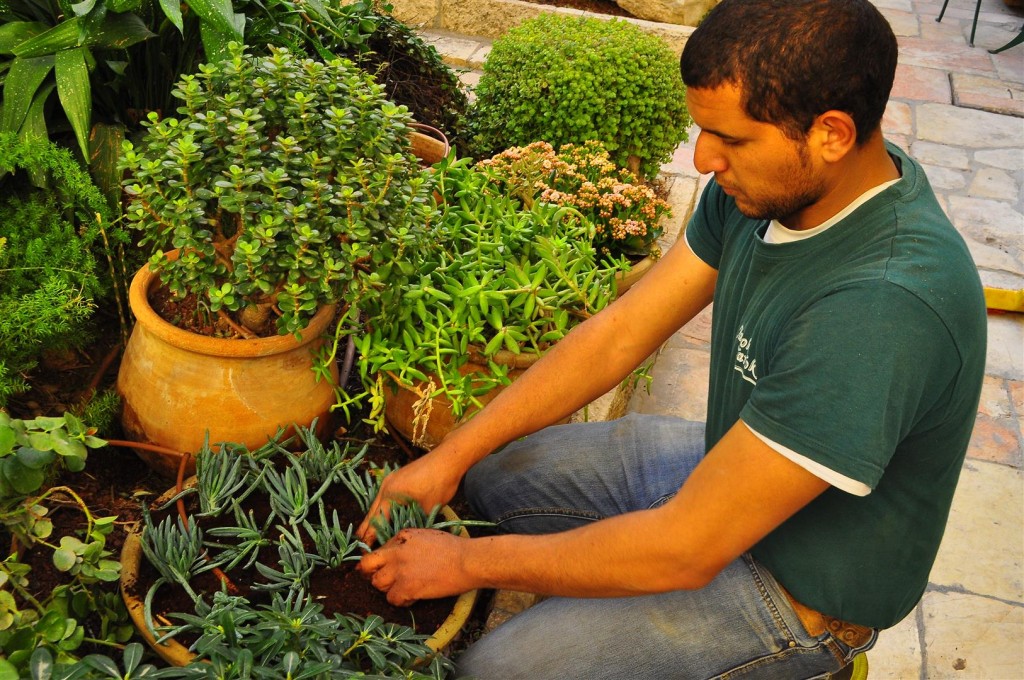 The garden had a huge number of terracotta pots of all shapes and sizes as can be seen in my photo and which should not have worked but somehow seemed right for the location … perhaps because under olive trees anything would look good  … but it made me rethink my ideas on using pots in garden design as up to now I stuck usually to the old design maxim of uneven numbers i.e. one, three , five and really what it boils down to in the end is go by the usual design rules in the garden but be prepared to break the rules if it looks right for a given location which is exactly what I am doing at the moment in placing four pots in a specific location as it fills the space available nicely while five pots  would be too much and three too little . 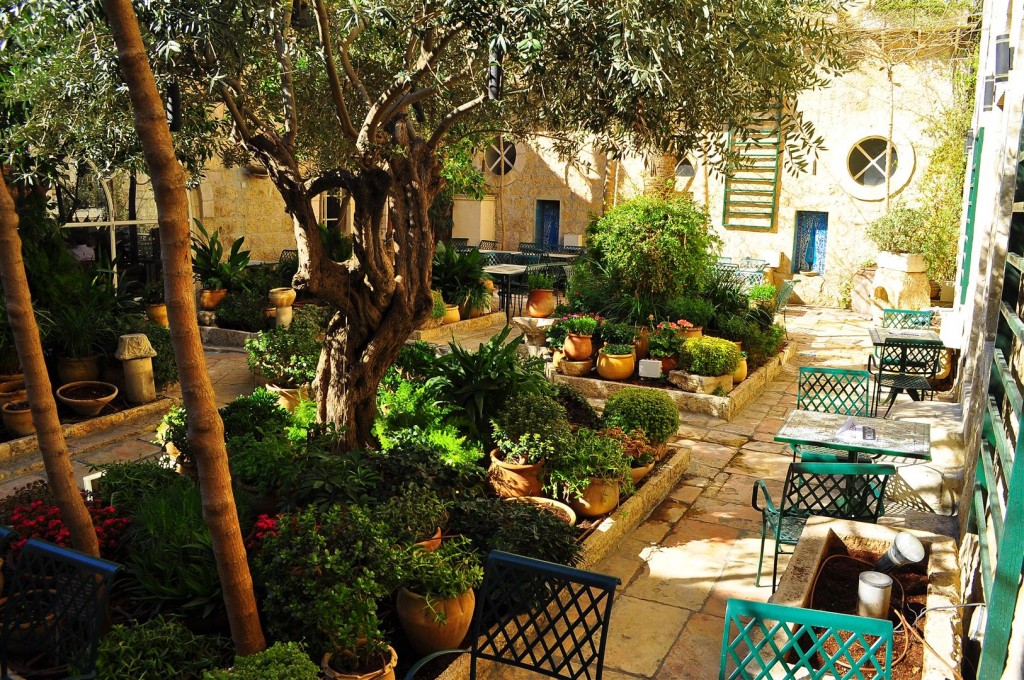 Too many pots in Jerusalem … but it works February 2014

When I say go with what looks right – of course your taste may be up your ass … and if so be prepared also to take advice if it really is toe curlingly awful !

While in Jerusalem I used the opportunity to pay another visit to the most famous garden in the Bible  , the Garden of Gethsemene , where some of the original Olive Trees still survive from 30 AD , they have roped off the trees now as the huge numbers of daily visitors to the Garden and the attached  Church of All Nations  would  destroy it not to mention the number of souvenirs that would be cut from the wood . 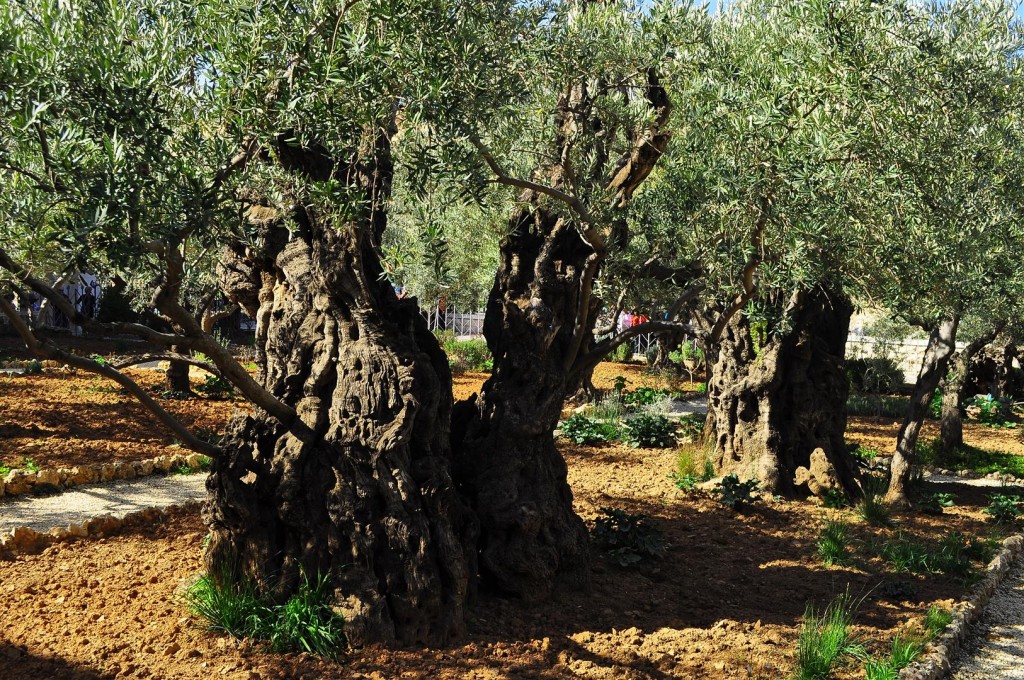 I have mentioned several times in these gardening blogs that one of my favourite plants is acanthus mollis and that it was also a favourite in Ancient Greece and Rome and so popular that it was carved into the top of their temple columns … so when I spotted this acanthus decorated column dating from 200 BC  in the Roman ruins of Jerash last week I thought I would use it here . 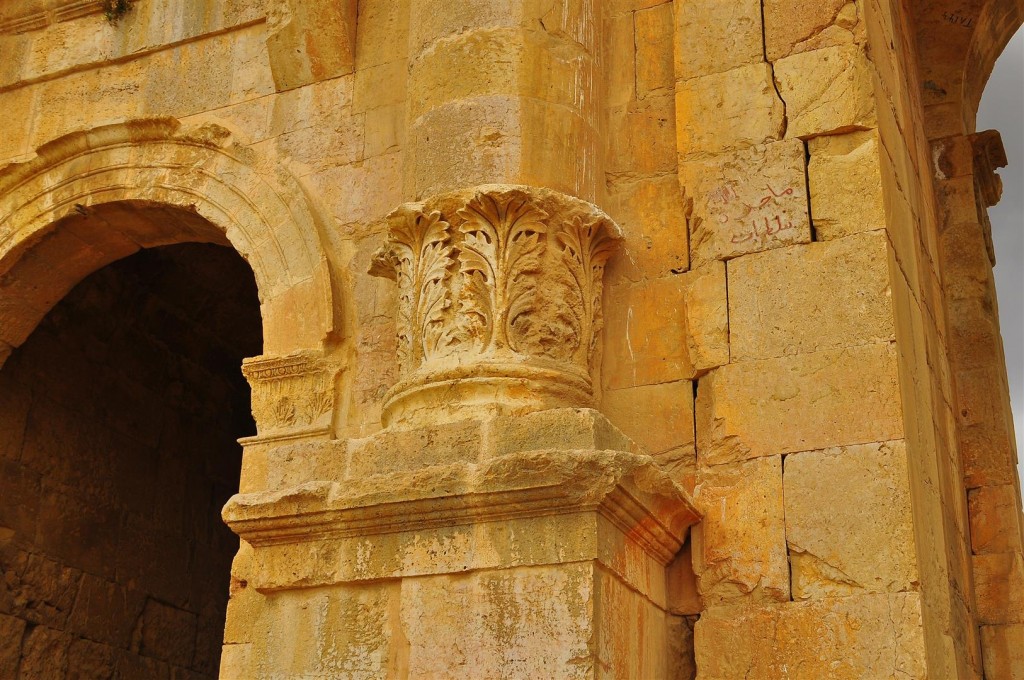 And here is a photo of acanthus growing wild in Jerusalem last week ! 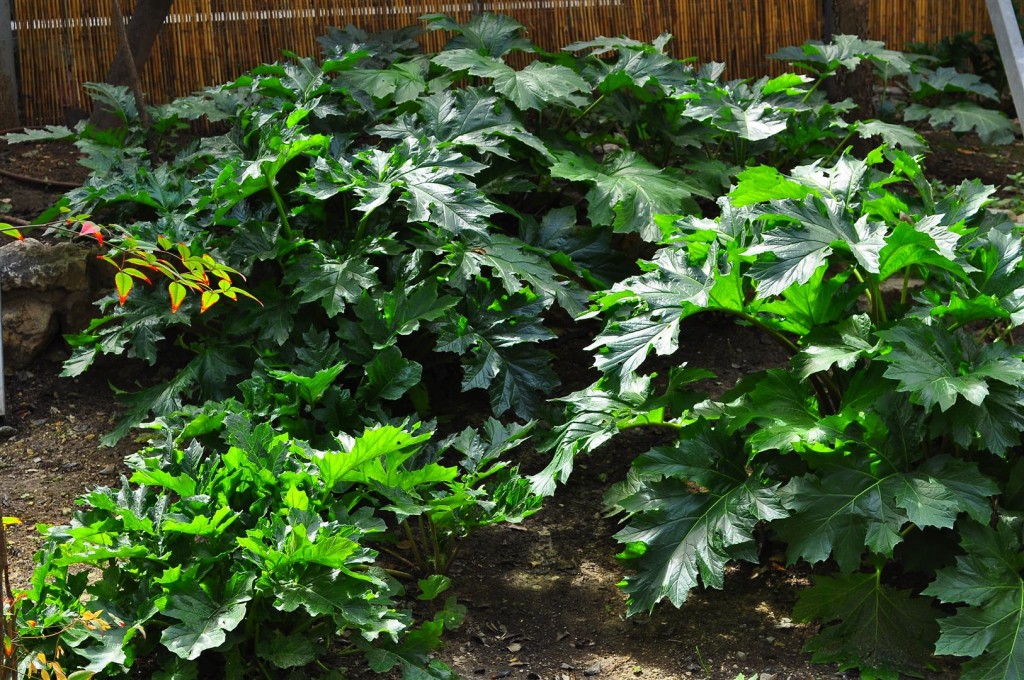