May is the month with the most growth in the gardening calender and if you haven’t got the garden under control by the end of April then you are fighting a losing battle especially with grass and as for weeds it is a battle field out there … blink and both the grass and weeds have grown six inches ! 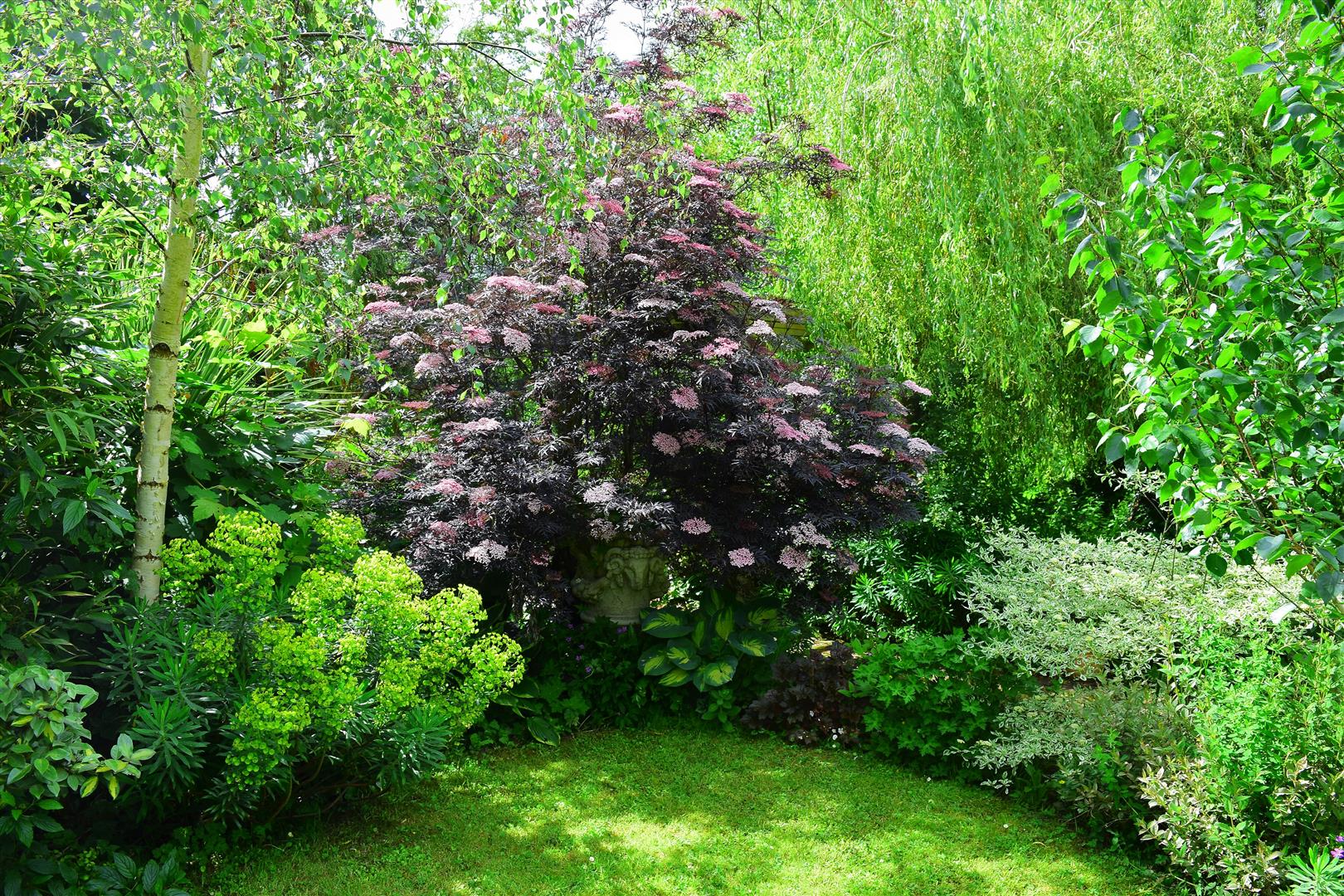 There is great optimism I find at this time of year , everything is fresh looking and there is an entire growing season ahead to look forward to , the hedges are full with wild flowers , hawthorn and wild elder is in full bloom  , my favourite time of year in the garden . 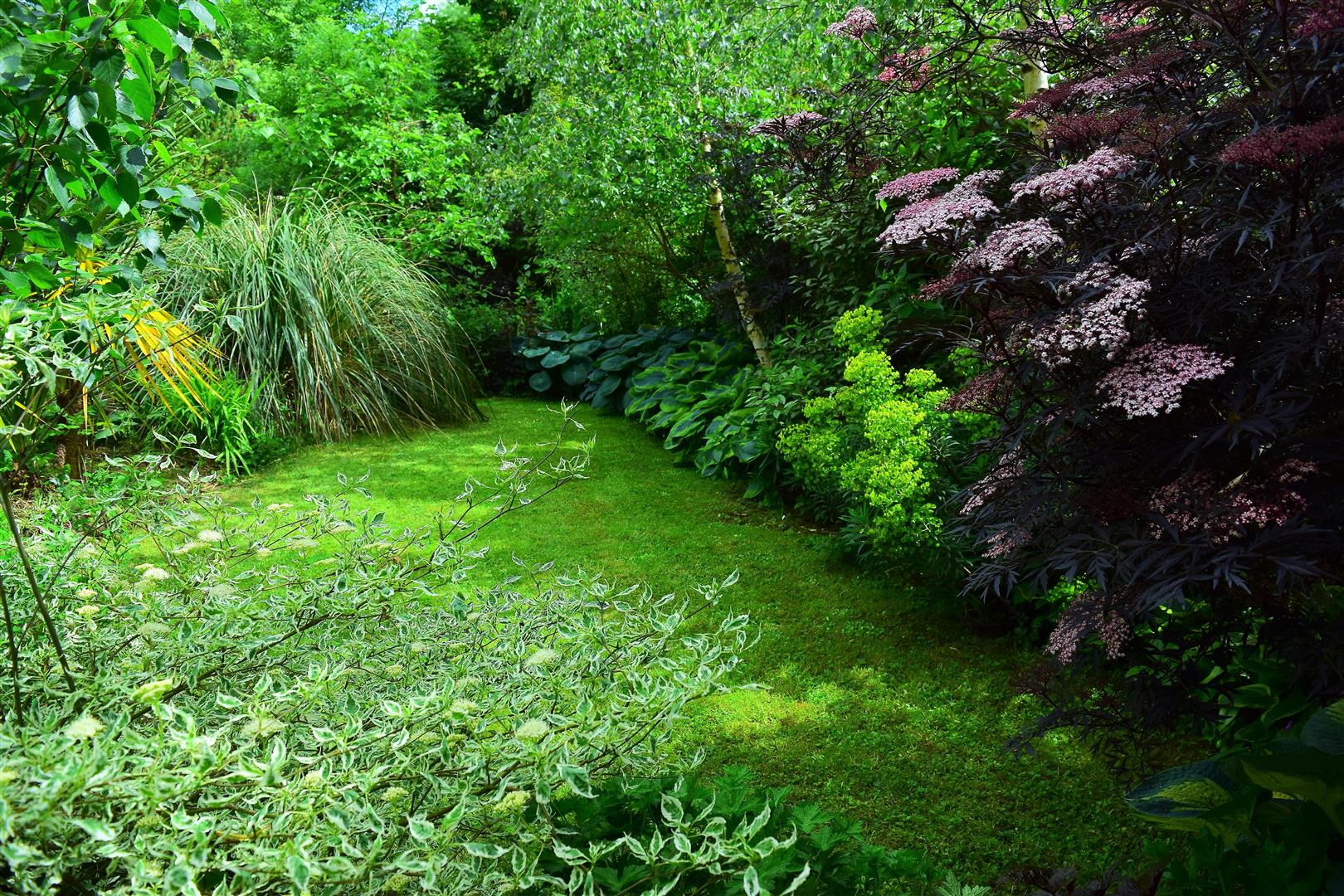 The explosion of growth of course is not confined to the garden borders but in the water areas as well and over the years nice water side plants that I introduced have behaved like thugs and I regularly have to thin out self seeding bull rushs and valerian which have become a real pest due to the fact that the pools are natural and not lined with butyl rubber so plants romp away in the mud and unless I am ruthless there would be little surface areas left uncolonised . 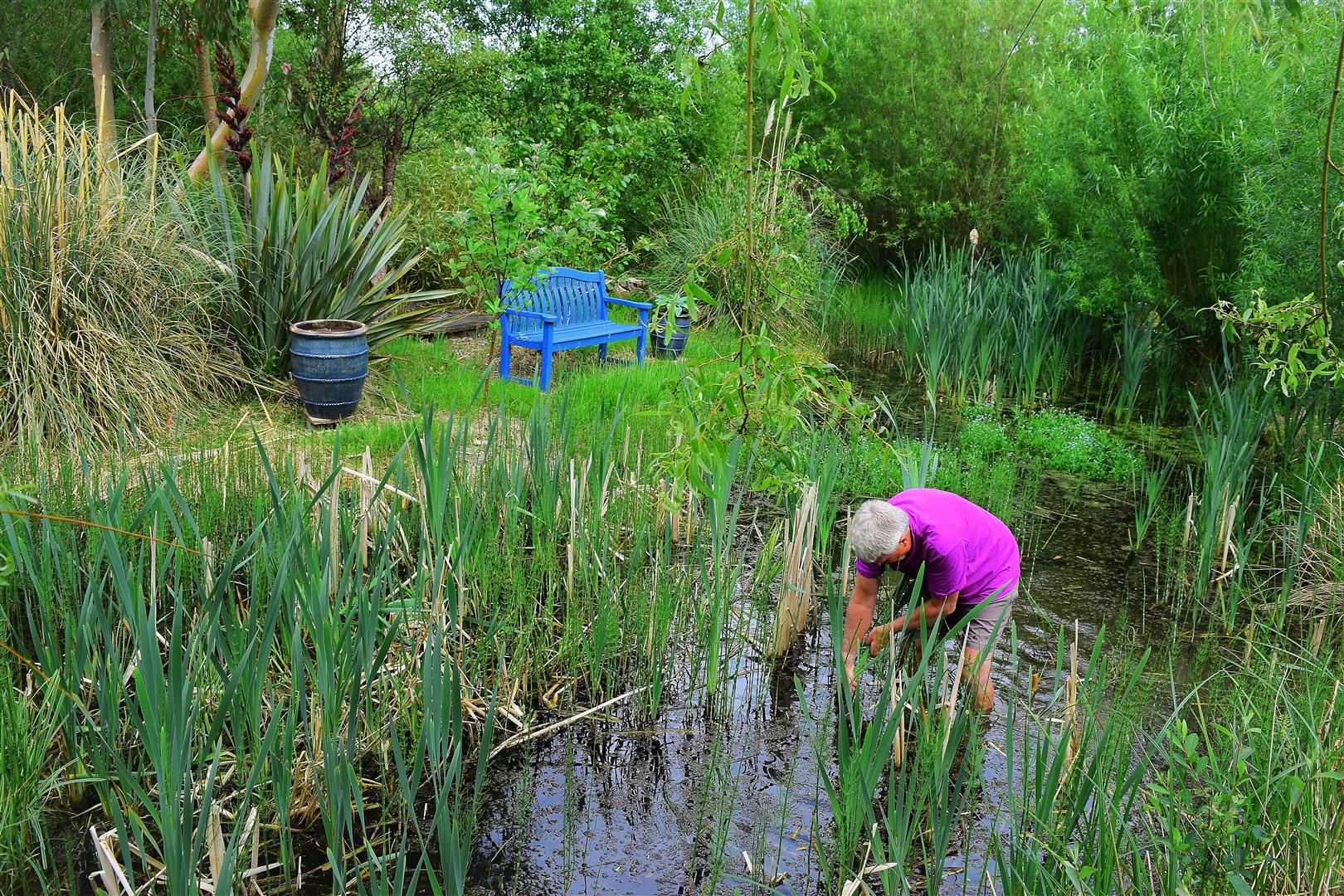 Removing self seeding bull rushes in the stream , May 30th 2017

When I was growing up in Barron Park in the early 1960’s my pals and I would regularly trek across Clonmel on the railway line to the Wilderness area out beyond the race track to what was known locally as the French Man’s Stream , all swallowed up now by housing estates , where we would fish for little minnows , we called them brickeens  and collect bull rushes which were prized objects to be lit at bonfires … great times to be fourteen years old so when building this garden and having streams and boggy ground it seemed like a great idea to import bull rushes … the fourteen year’s old me would have a fine time with them here but the older wiser me is not enjoying hours bare foot in the stream pulling them out ! 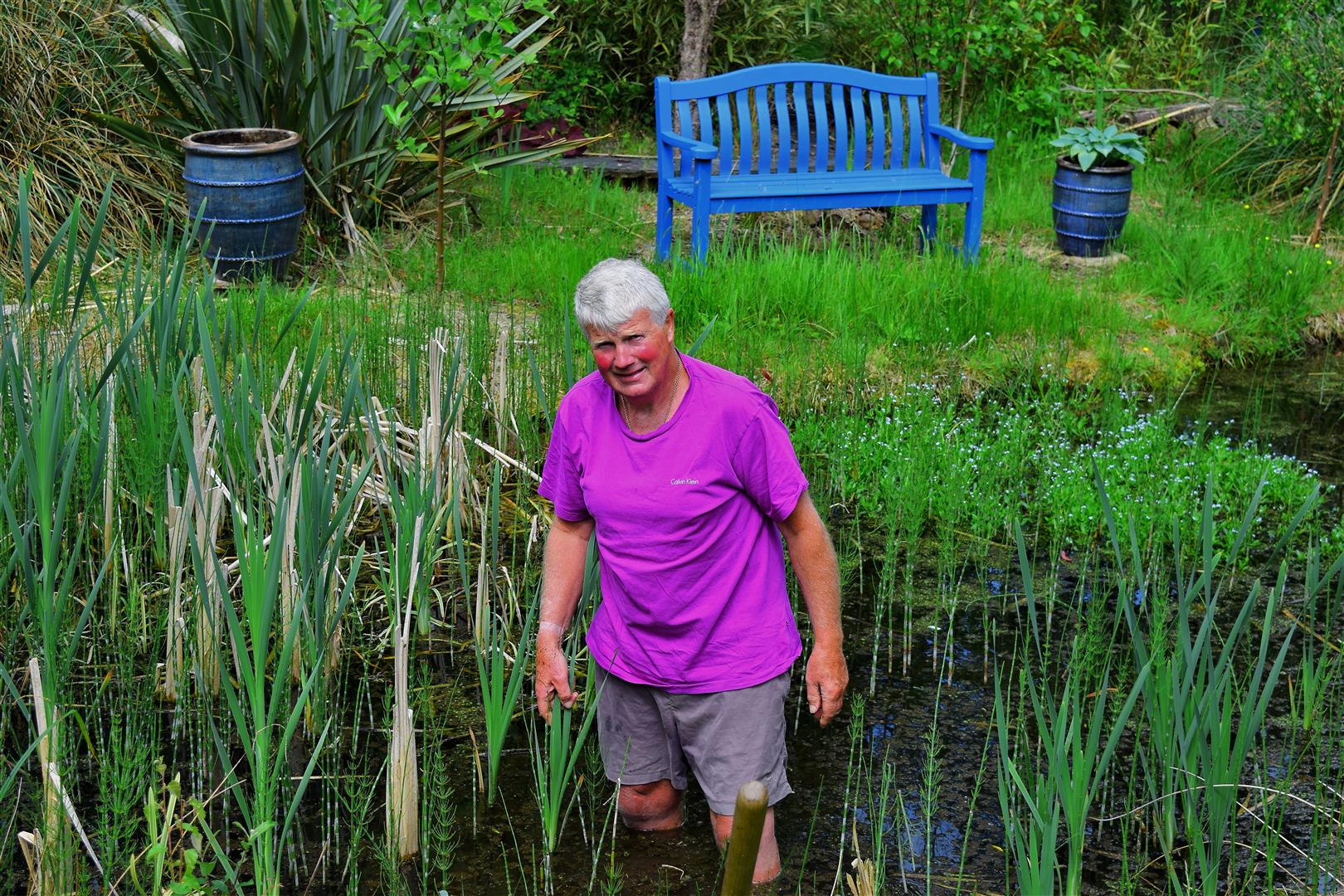 In the middle of the stream wrapped around  a clump of bull rushes I discovered a water hen’s nest , so cleverly concealed I almost walked on it so naturally this put a halt to the thinning until the eggs have hatched and Mother has raised the chicks . 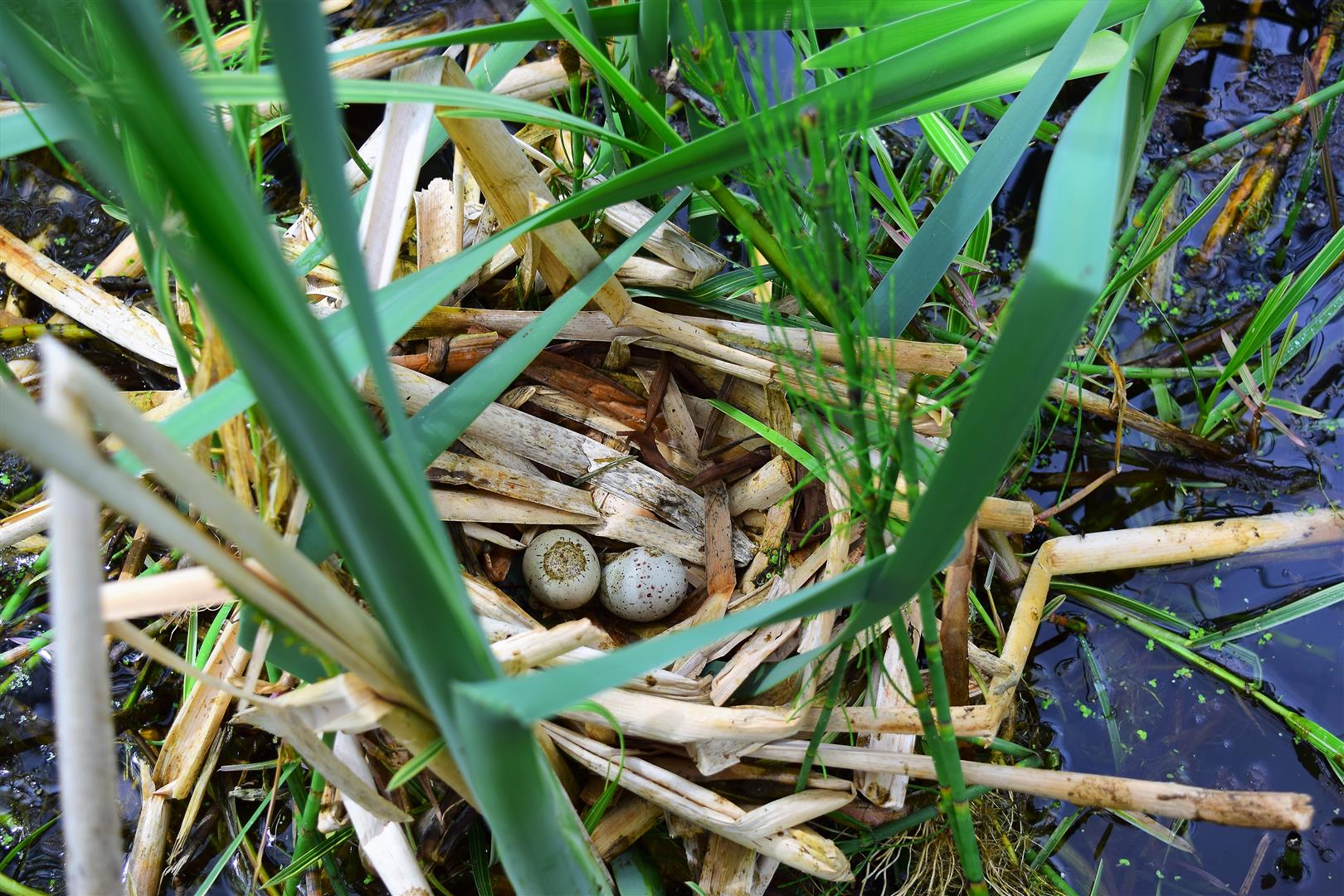 Regular readers will know that I am a sucker for nice pots in the garden and a few weeks ago the nicest pots ever arrived in Clonmel Garden Centre bought by Chris and Sharron on a recent buying trip in England … blue huge Greek style urns , a design based on the clay pithoi used to store wine in the Aegean since 1300 BC . I haven’t decided yet whether to plant them up , they look stunning as they are and plants might distract , already they are my favourite pots in the garden . 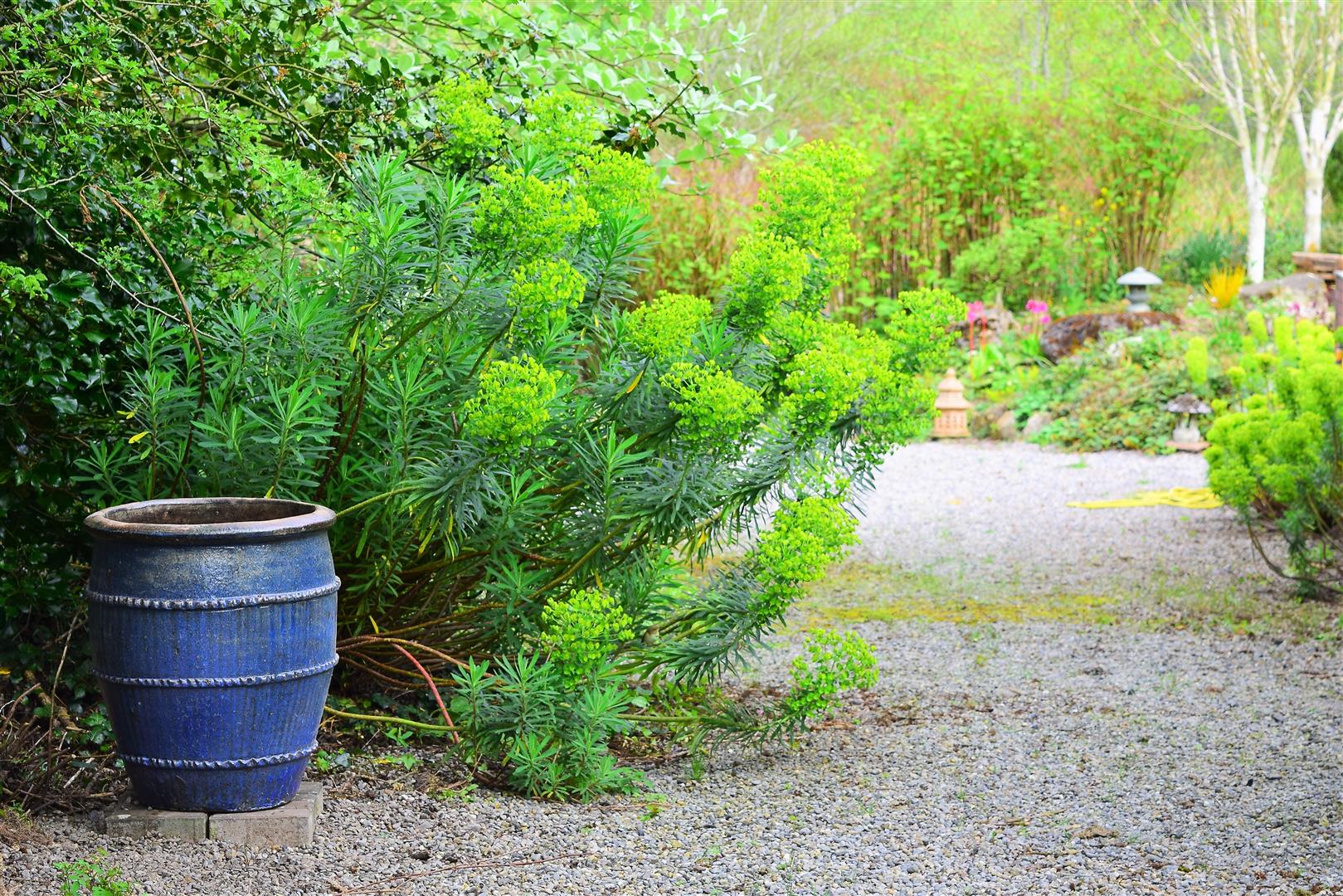 I was in Croatia for a few weeks in early May putting the finishing touches to the garden at Gornija Podgora following the construction of stone terraces in the olive garden last year . There is a lot of stone in the design spread over four terraces with a connecting path  which over time needs to be softened with planting and which most importantly needs to take into account the extreme heat in the summer months which can hit 38 deg in this part of the Adriatic coast . Although not a native I have lived in the Balkans for over fifteen years so am not a complete novice to the indigenous fauna and believe in sticking to local plants that can take both the sun and the drought conditions with minimum watering and this means lots of lavender and rosemary for the main structural planting  . 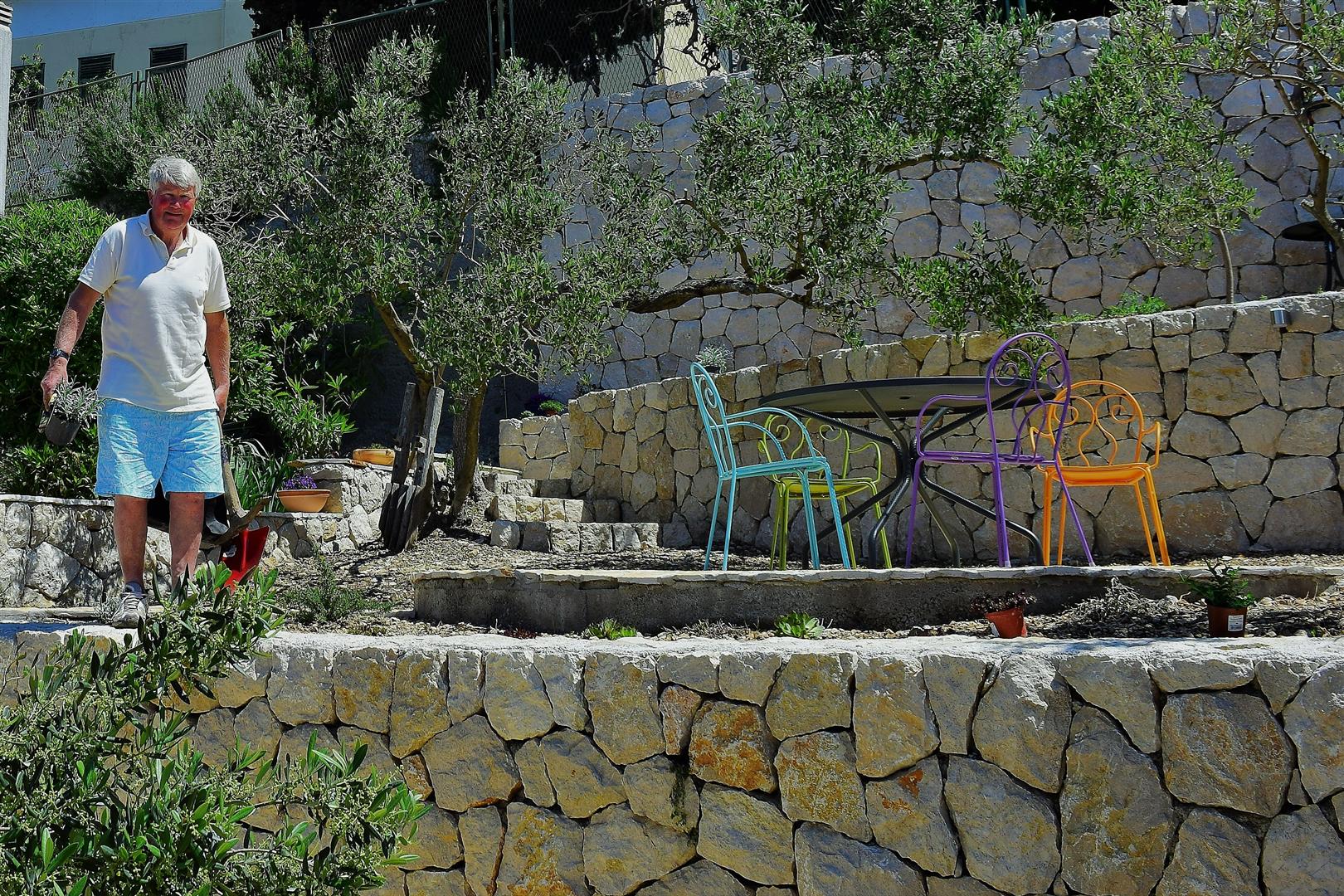 Planting on the middle terrace , Gornija Podgora , Croatia , 15th May 2017

A feature of terraces is that you need to keep pots and plants away from the edges as people can fall over them so along the edges I concentrated on ground cover prostrate rosemary and alpines such as sedums and sempervivums .

Lavender is the natural companion to olive trees and you don’t need anything to compete with the natural beauty of the olive leaf and the antique form of the branches , I also love aguaves but over the years have come to accept that they need to be kept either in pots or at the back of planting schemes to avoid nasty injuries from lethal spikes at the top of the leaves . Over the past fifteen years I had built up a collection of aquaves in pots that I had grown from off shoots collected from road side municipal plantings but the past winter saw an unusual once in fifty years  cold spell along the Adriatic coast with temperatures dropping down to minus 10 degrees over a period of ten days where all the aguaves in pots died but luckily the large pair I had planted directly into the soil originally fifteen years ago when first planting this garden survived  … hope springs eternal and I planted up the pot aguaves again with new off shoots on this visit . 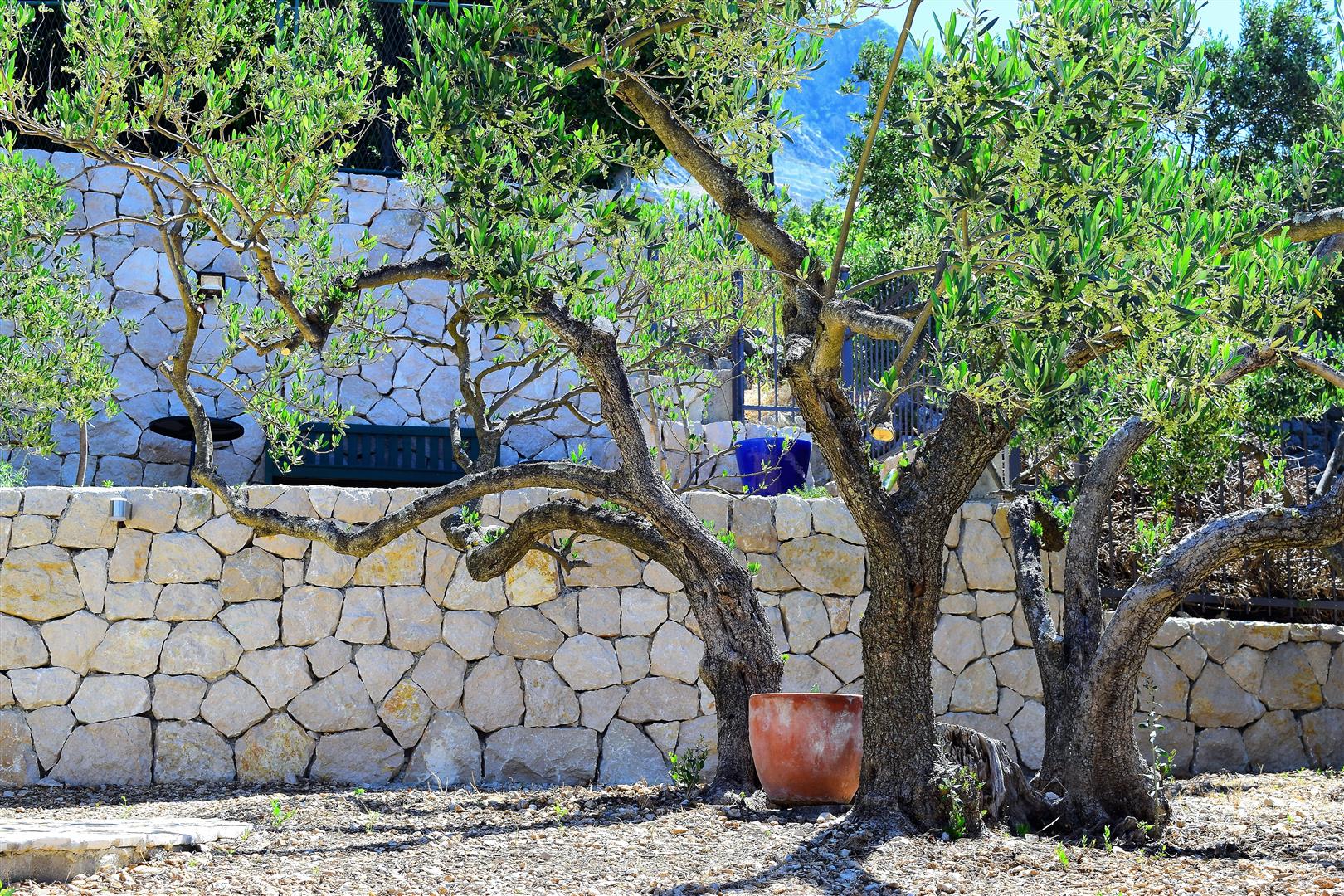 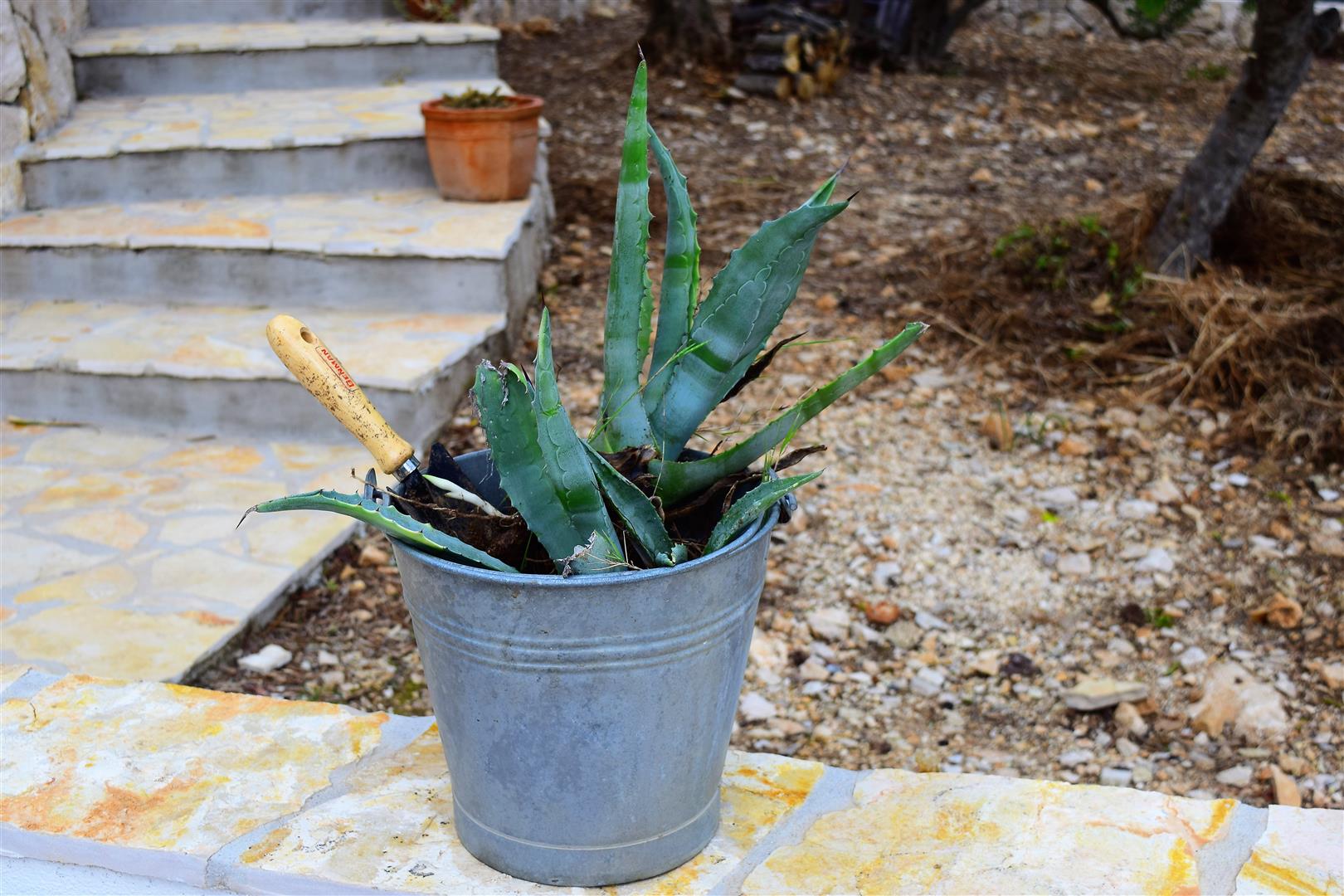 A selection of aguave cuttings ready for planting , Croatia , May 9th 2017 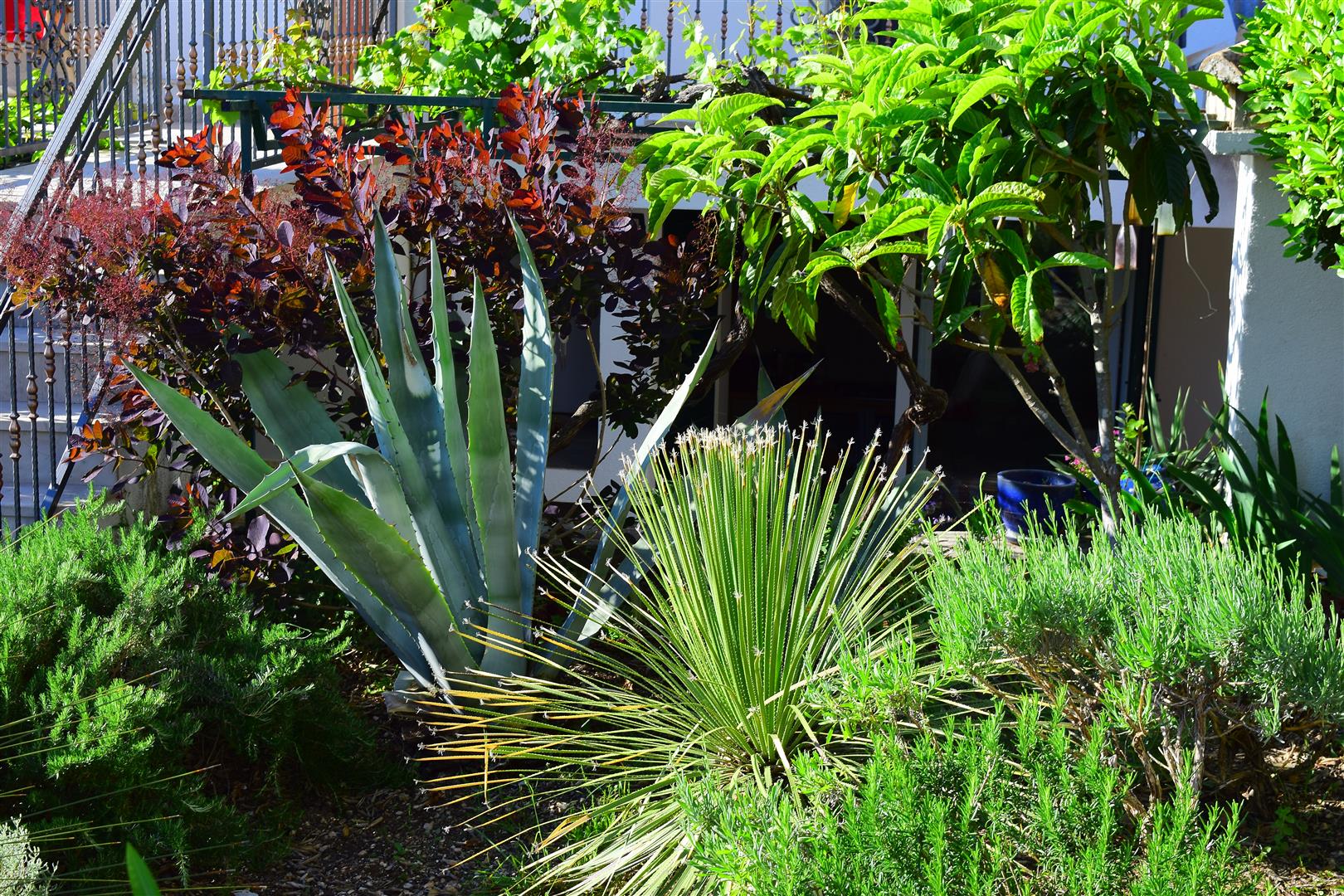 I bought a lot of the plants at a nursery in Split , three lemon trees , some sedums and pittisporum but overall but disappointed at the lack of variety and surprised at the general state of the plants which were either parched from irregular watering or too leggy from lack of pruning and it made me realise we are spoiled for choice here in Ireland with our garden centres where plants for sale are properly maintained .

I am often asked where do I like gardening the most and for a long time I preferred the Mediterranean mainly I suppose for the weather , the sea and just the sheer beauty of Dalmatia but this year for the first time returning home I knew it was gardening in Ireland I prefer as there are no extremes and you just cannot get the lushness of growth anywhere else . The extreme heat in Dalmatia is very limiting in the garden and there is no escape from it and although olive trees and lavender are fabulous you have stony ground which reflects the heat that plants or yourself can’t hide from and you just cannot beat the wide palette of trees and shrubs we get here … and I am writing this looking out on typical Irish soft rain but we do genuinely have forty shades of green ! 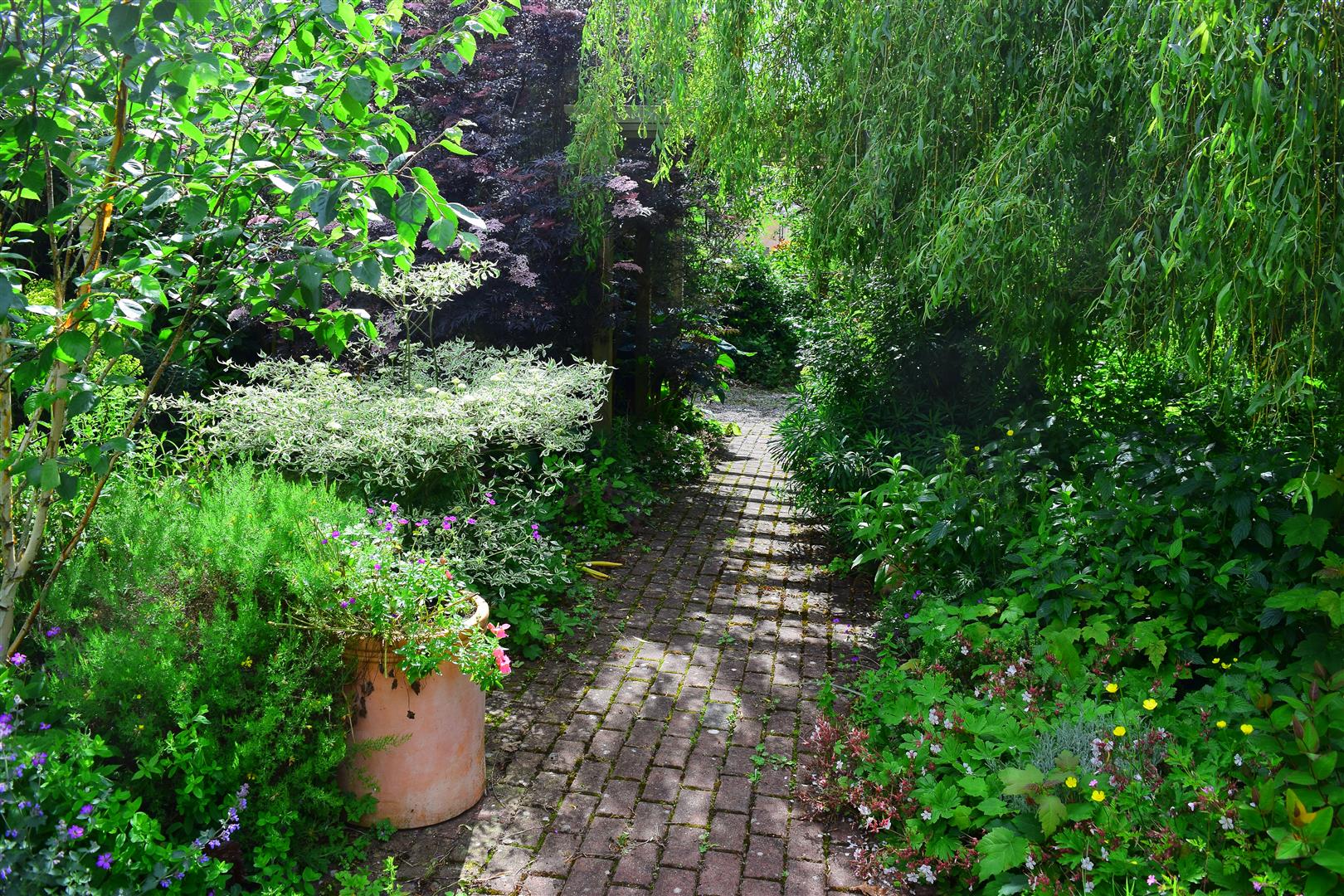 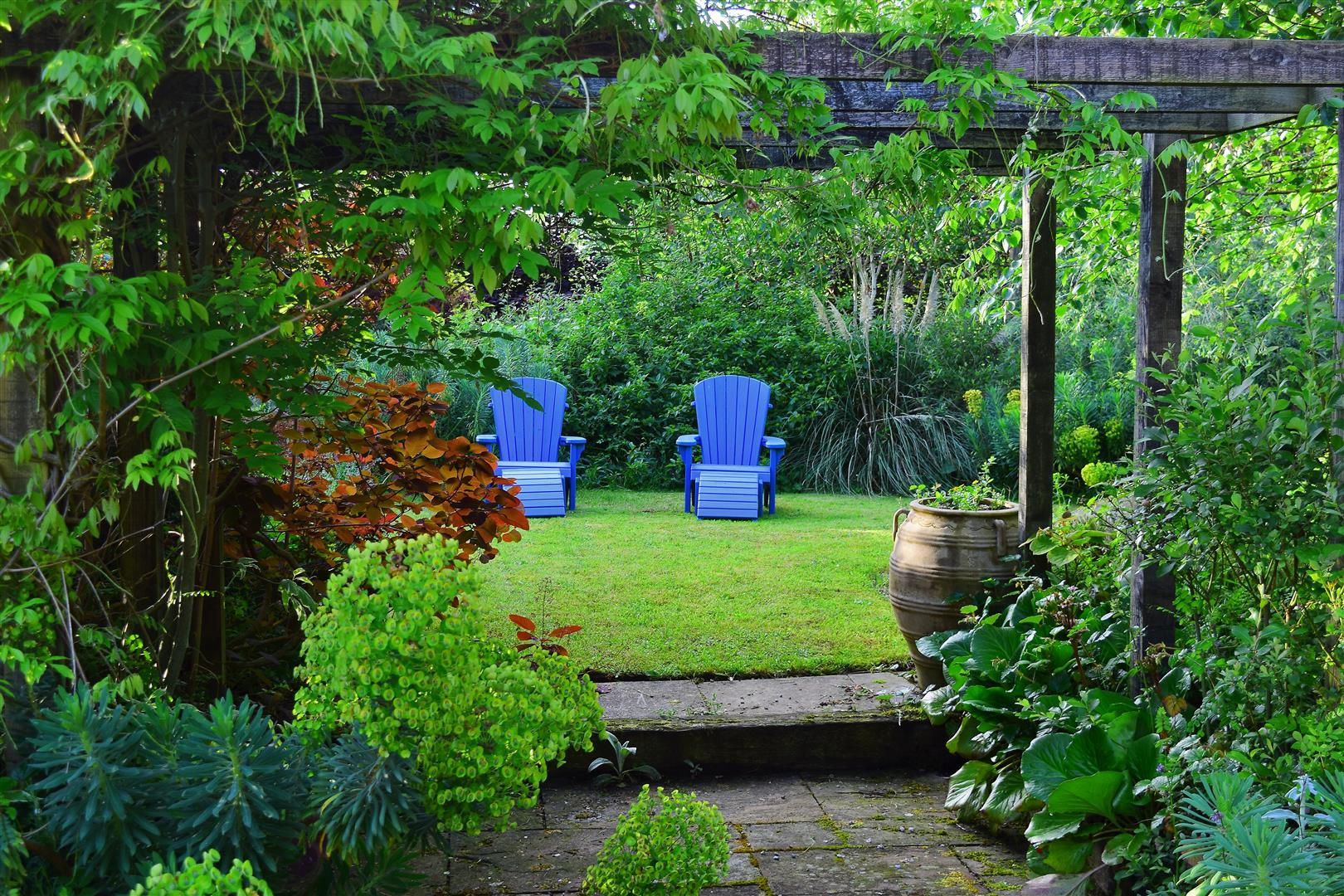 But having said that , Dalmatia is drop dead gorgeous ! 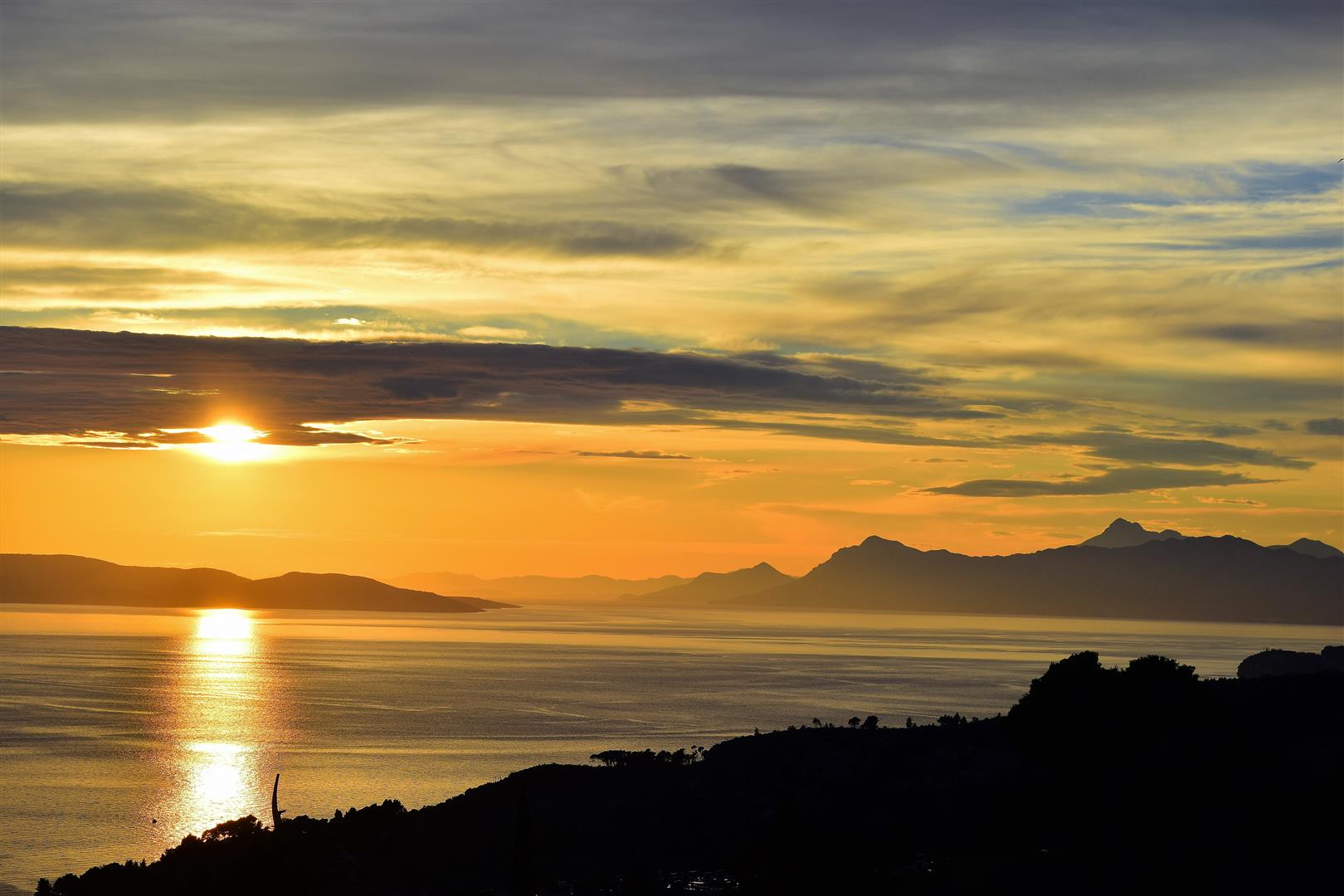 Sunset from the new terrace in Gornija Podgora , looing out at the island of Brac , May 18th 2017