Like me you have probably have had it up to here with Brexit for the past three years as the UK Parliament that up to now historically has been looked up to as the Mother of all Parliaments but which now has shown itself to be stuffed with pompous old farts loving the sound of their own voices unable to make a decision all the while been led by the nose by ten Northern Ireland DUP MP’S who are against anything that might tie them to the South even though the majority of people in NI both protestant and catholic voted to remain in the EU .

I am always suspicious about a political party that styles itself “ democratic ” me thinks they doth protest too much perhaps and so it is with the Democratic Unionist Party which loves the Union with Great Britain but loves it on their terms which means selectively as in the case of women’s rights such as abortion or same sex marriage which the DUP don’t allow extend across the Irish Sea … God Forbid they would allow that in the six counties . The Brits of course back in 2016 thought that the EU and ourselves would just roll over which is why the so called “irish back stop ” annoys them so much as it is an agreement they can’t get out of … the cheek of the EU and the Dublin Government to insist on a mechanism that when they signed an agreement that they would have to actually keep their word … can you believe it old boy , absolutely preposterous of Johnny Foreigner , why in the old days of the Empire we would just have sent the gun boat up the river to Paris or Dublin !!

Brexit won’t mean a lot for gardeners in Ireland as almost all our plants , trees and shrubs are imported from Holland but leaving the EU will hit UK gardeners who will be back to the bad old days of phytosanitary certificates for any imported plants .

March has always been for me a great month in the garden as winter is finally over and everything is rushing into leaf and there is a great air of expectancy after the dark days of winter . My two favourite perennial plants are pushing up shoots , the giant gunnera and the hostas and these will grow like the blazes almost as you watch them … unfortunately the slugs are also watching the hostas , queuing up with their knives and forks ready to tuck in which is why I try to keep a step ahead of them with blitzes of slugtox as soon as they show above the ground … forget your tree hugging buddhist chanting , your organic egg shells , copper shavings , garlic leaves , nothing prevents slugs devastating clumps of hostas except good old fashioned slugtox ! 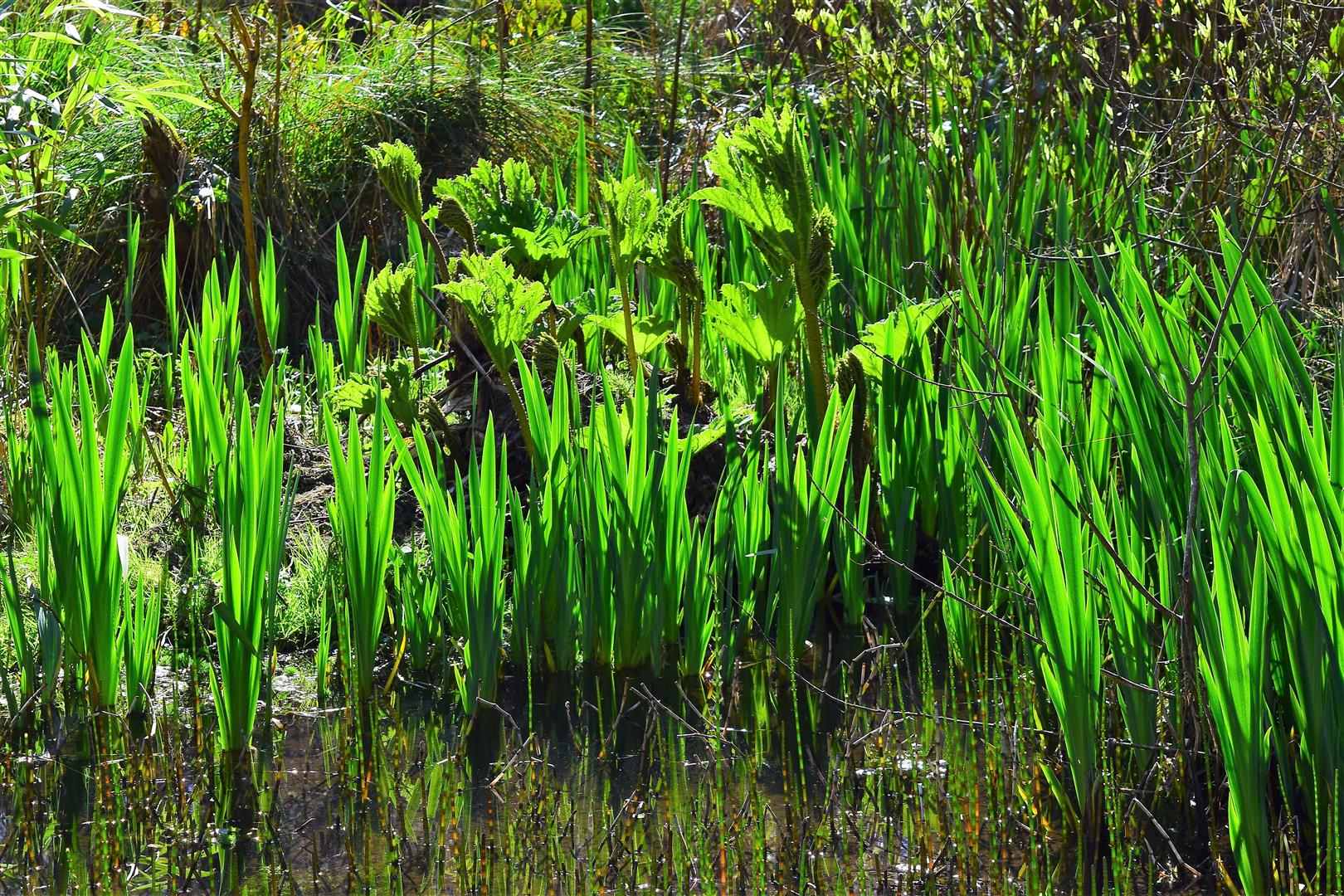 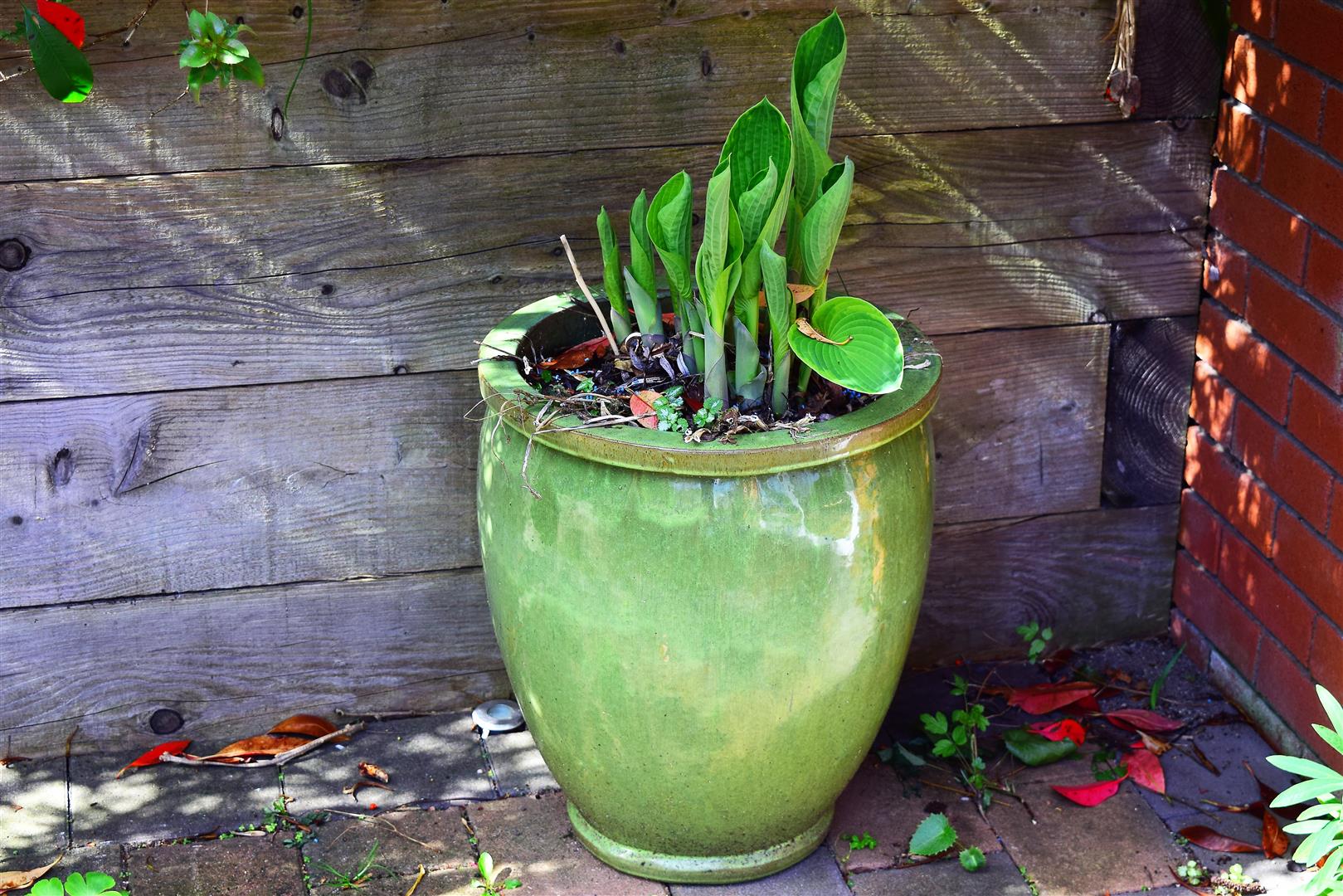 We spent a few days in early March in Lake Garda with day trips to Venice and Verona . We stayed in Riva Del Garda and although out of season all the cafes and restaurants were open and full of locals enjoying a balmy 18 deg and the orange and lemon trees were in full bloom . A few kilometres along the lake is the village of Lemone which in the early 1900’s had the earliest lemon crop in Italy which they grew in terraced gardens protected from the frost and cold ( the Alps are just 30 minutes drive away ) with elaborate cages built in concrete … the lemon trade has gone to Sicily now but the lemon trees that are left in Limone look terrific . 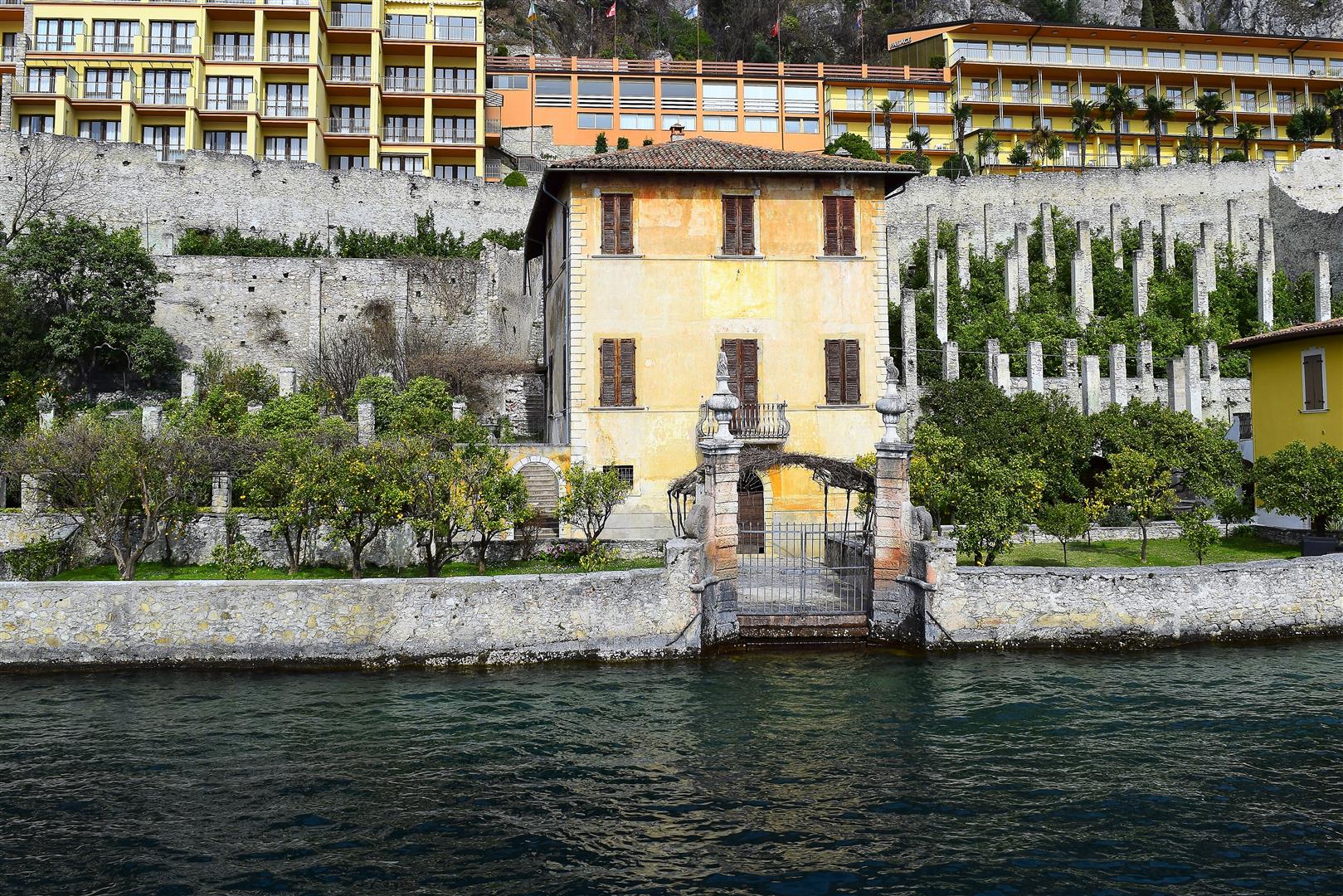 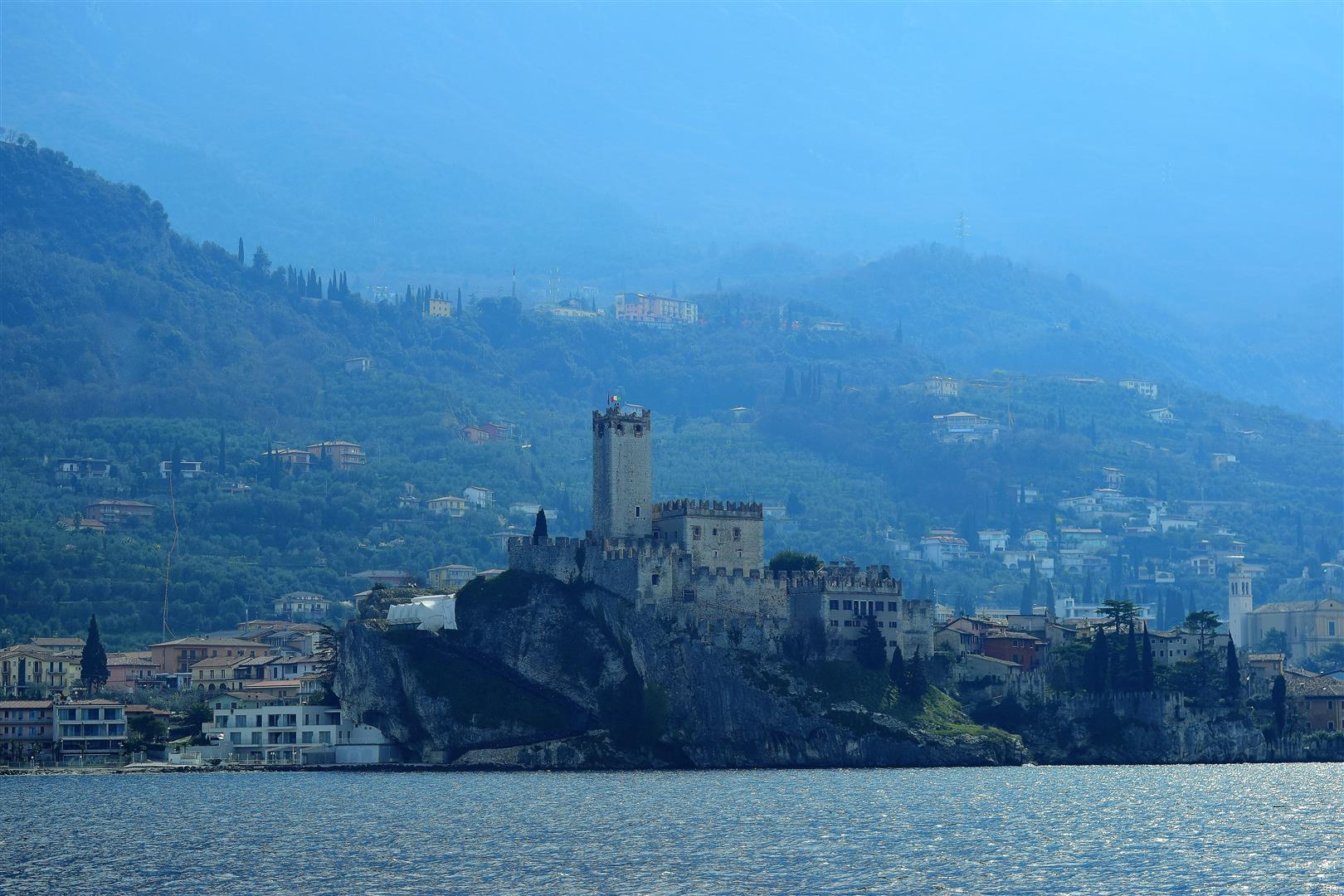 It wasen’t all lemon groves on our Italian trip and we did have the odd cup of espresso in St. Mark’s Square , Venice  . 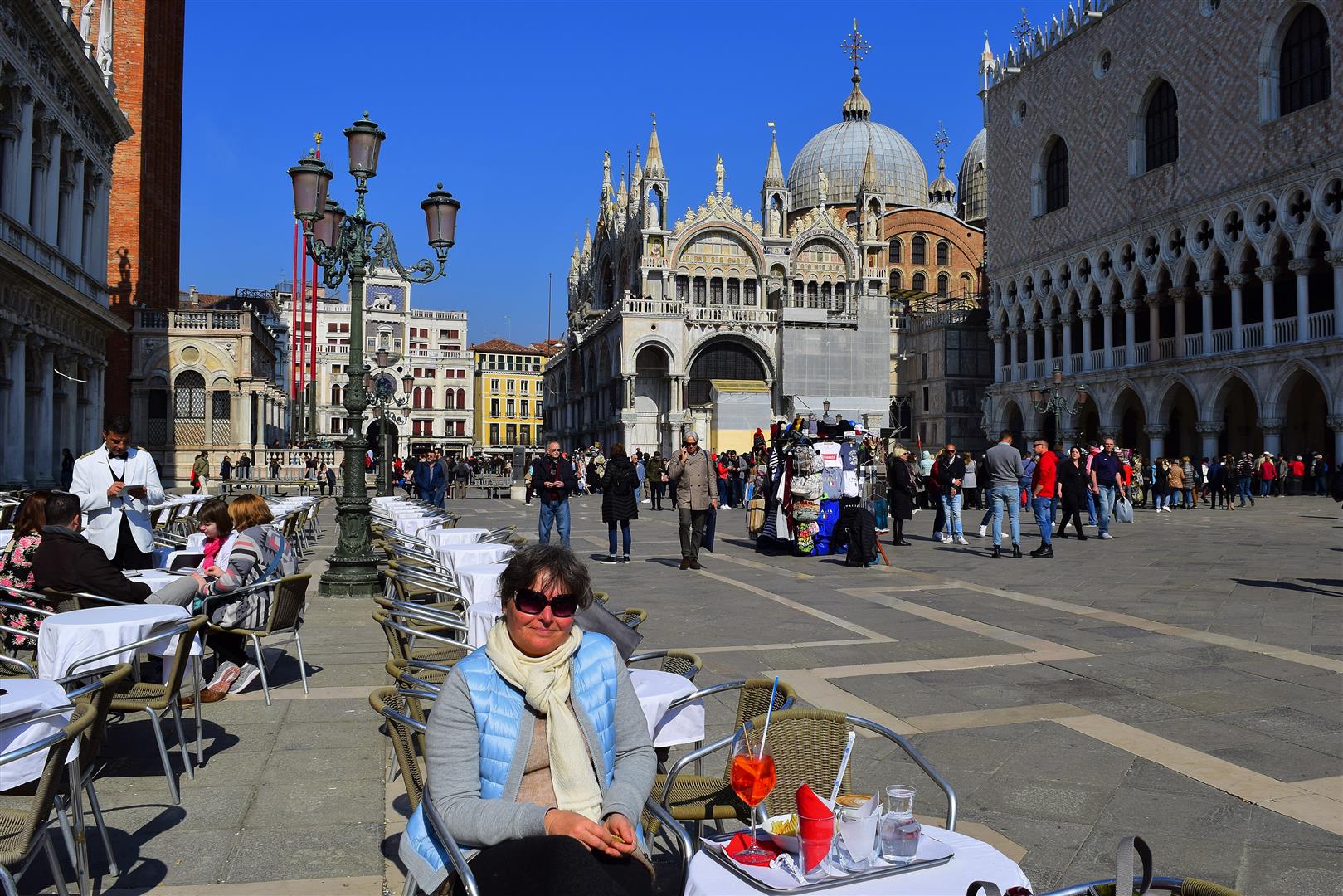 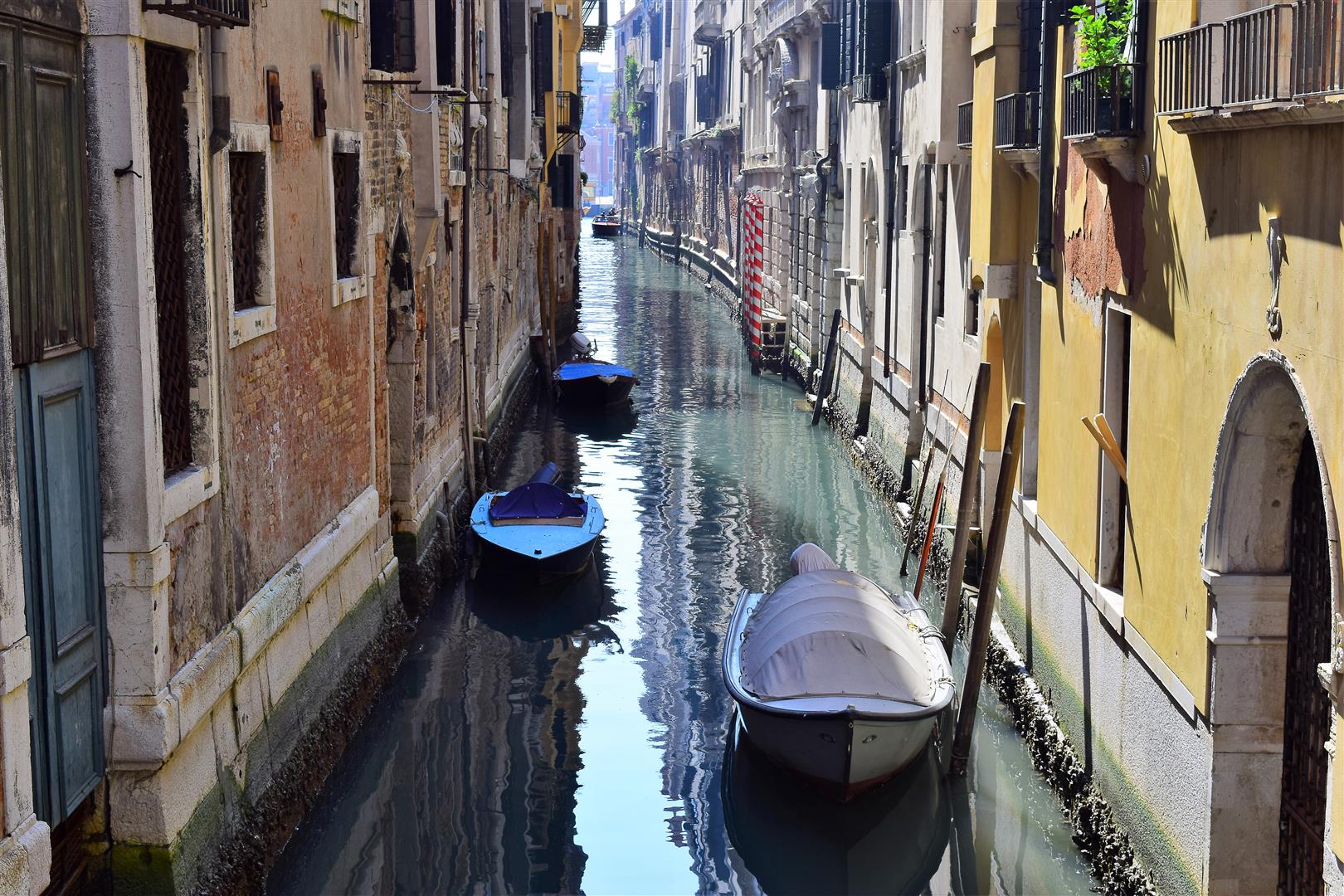 A weed is just a plant in the wrong place goes the old garden proverb and certainly we have our share of what Christopher Llyod referred to as garden thugs here , plants that self seed madly in all the wrong places such as alchemis mollis and the herb fennel both of which I like and we let them romp away to their heart’s content throughout the gravel garden .

This particular “weed” is one that thrives in poor ground and gardeners generally root it out however I had it in my first garden in Rosslare thirty years ago and loved it’s leaf so was delighted when it made it’s way in here . It is a smaller relative of the giant butter burr petasites hybridus with the common name of winter heliotrope ( petasites fragans ) and it can be invasive spreading by underground rizomes . If you can get over the fact that it is regarded as a weed it has lovely leaves and a pink flower in spring and in my book what’s not to like and here it nicely clothes an otherwise rough patch where it is a struggle to get anything to grow . 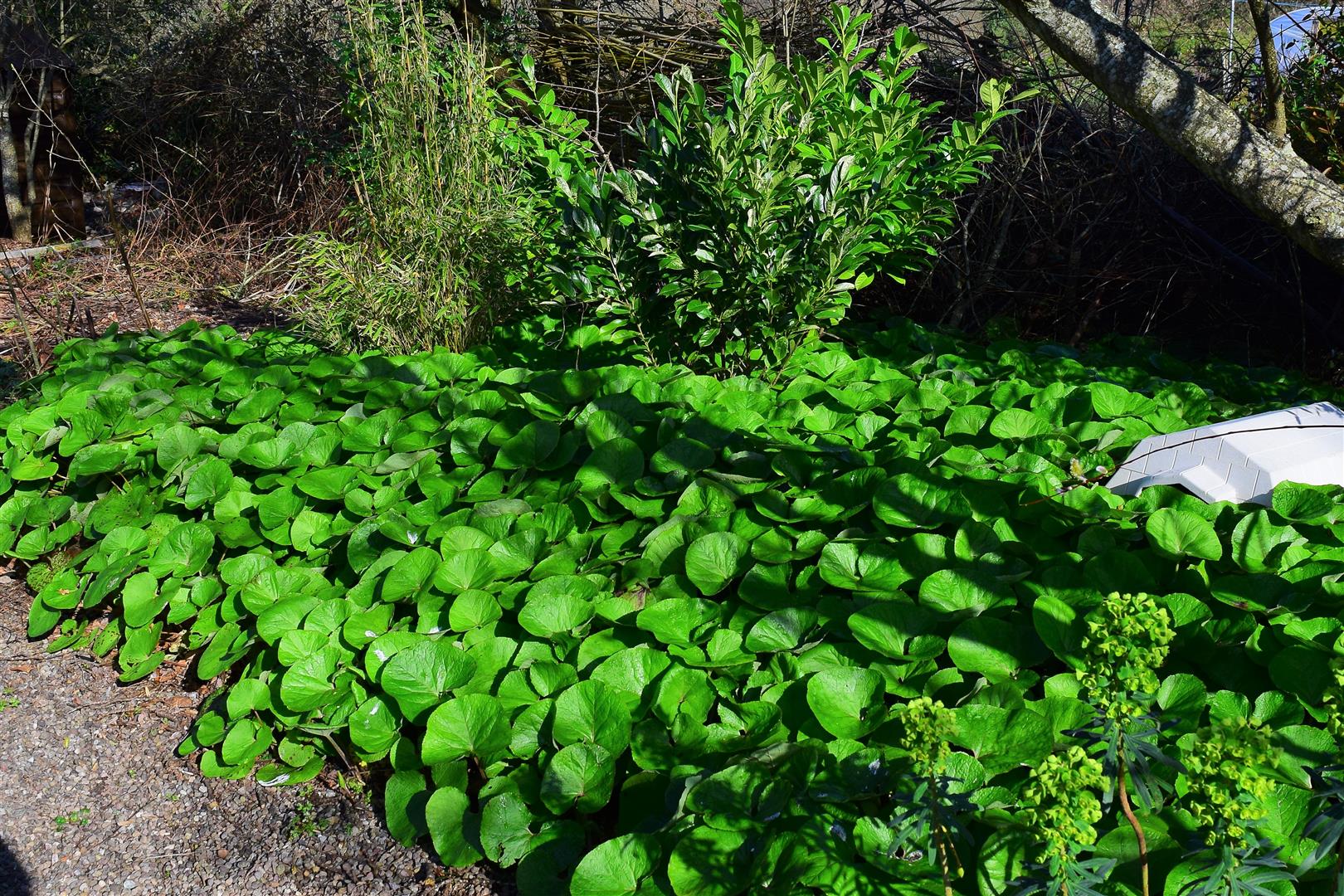 We did some major alteration in the front garden this month when in the process of trying to locate an electric cable for outside lights we had to root out a bed of cornus and viburnum tinus and rather than plant everything back the same we opted for a more open look which was all the better to show off a nicely maturing liquidamber tree alongside a silver birch and a cordyline which the cornus elegantissimus , much as I loved them , had tended to crowd in on . It now has a more minimal look and I under planted with mounds of perennial geranium . I say we when in fact it was Snezana who for long has hated the close planting of the cornus etc. in the front garden so when we removed them I agreed the open situation would look better now that there has been more growth in the two specimen trees in the past six years and they now stand out all the better for not being surrounded by cornus , the liquidamber has fabulous roughed up bark all year round and deep red foliage in autumn while the silver birch has that great white bark throughout winter . 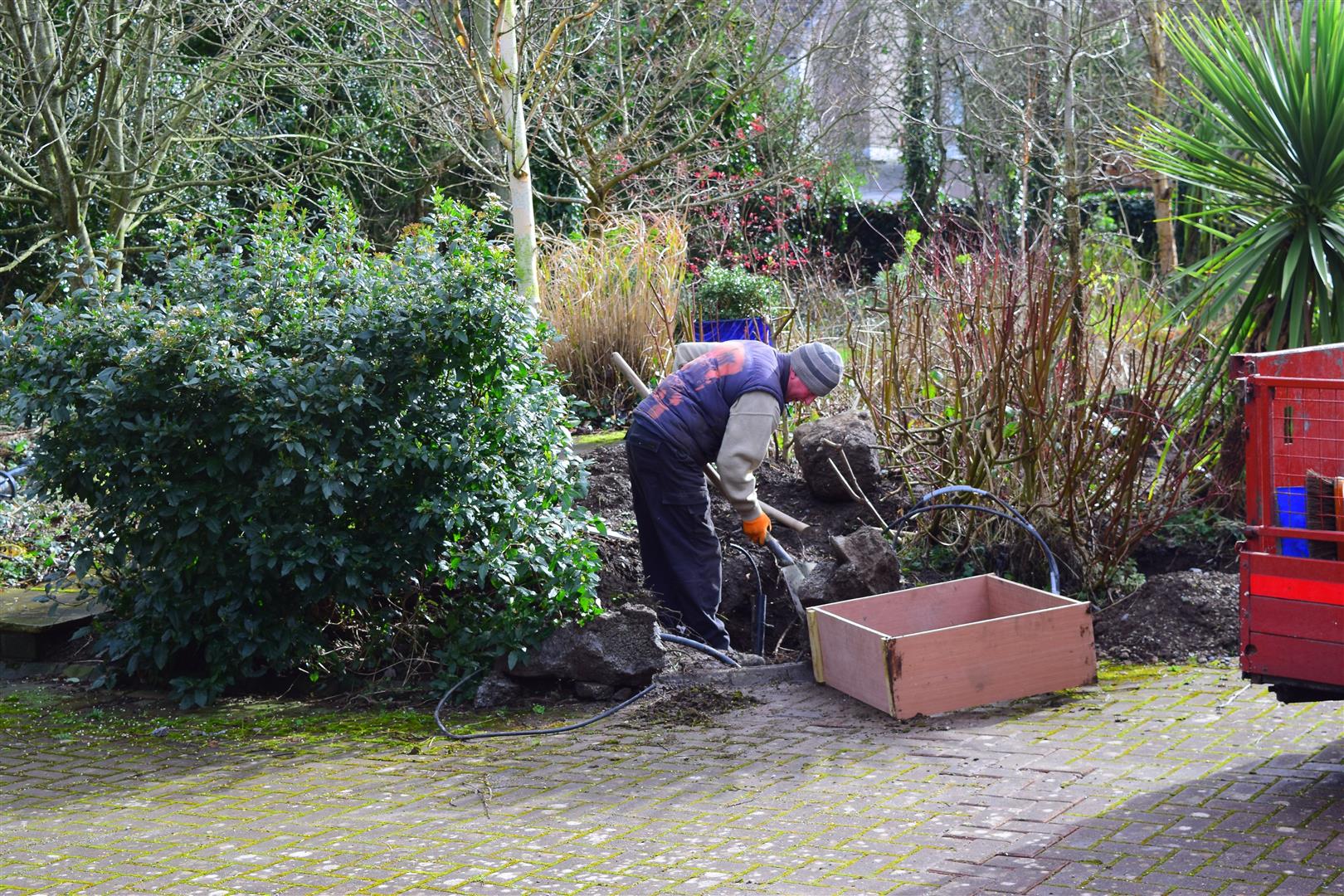 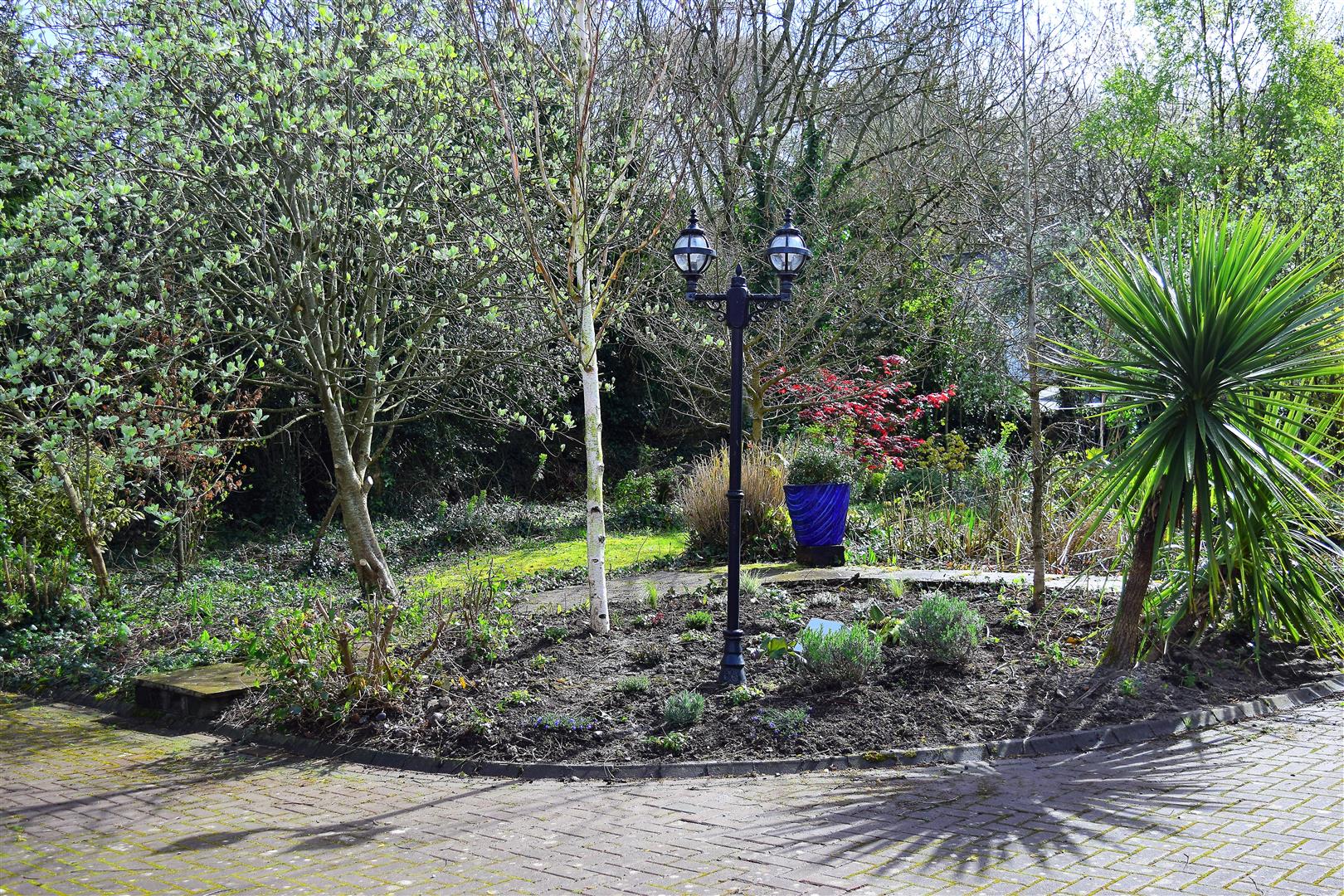 It is now a much simpler planting and the ground cover geraniums include my default geranium , Biokovo , that I slip from regular clumps that I have dotted throughout the garden and the variety nudosum , a pretty rare variety that you never see in garden centres and that I first saw a few years ago on a visit to Altamount House but a gardening friend supplies me with clumps from her garden .I also added some small hebes and a group of five winter flowering heathers , an old favourite variety of mine from the 1980’s , WT Rathcliffe , with white flowers and which grows into a small mound that looks good all year . I will plant up between the geraniums next November with buckets of spring flowering bulbs , miniature daffodils , crocus , snowdrops , hyacinths . The geraniums will bulk up and as these varieties retain a good leaf throughout the year eventually they will smother out the weeds so it will be a relatively maintenance free area . 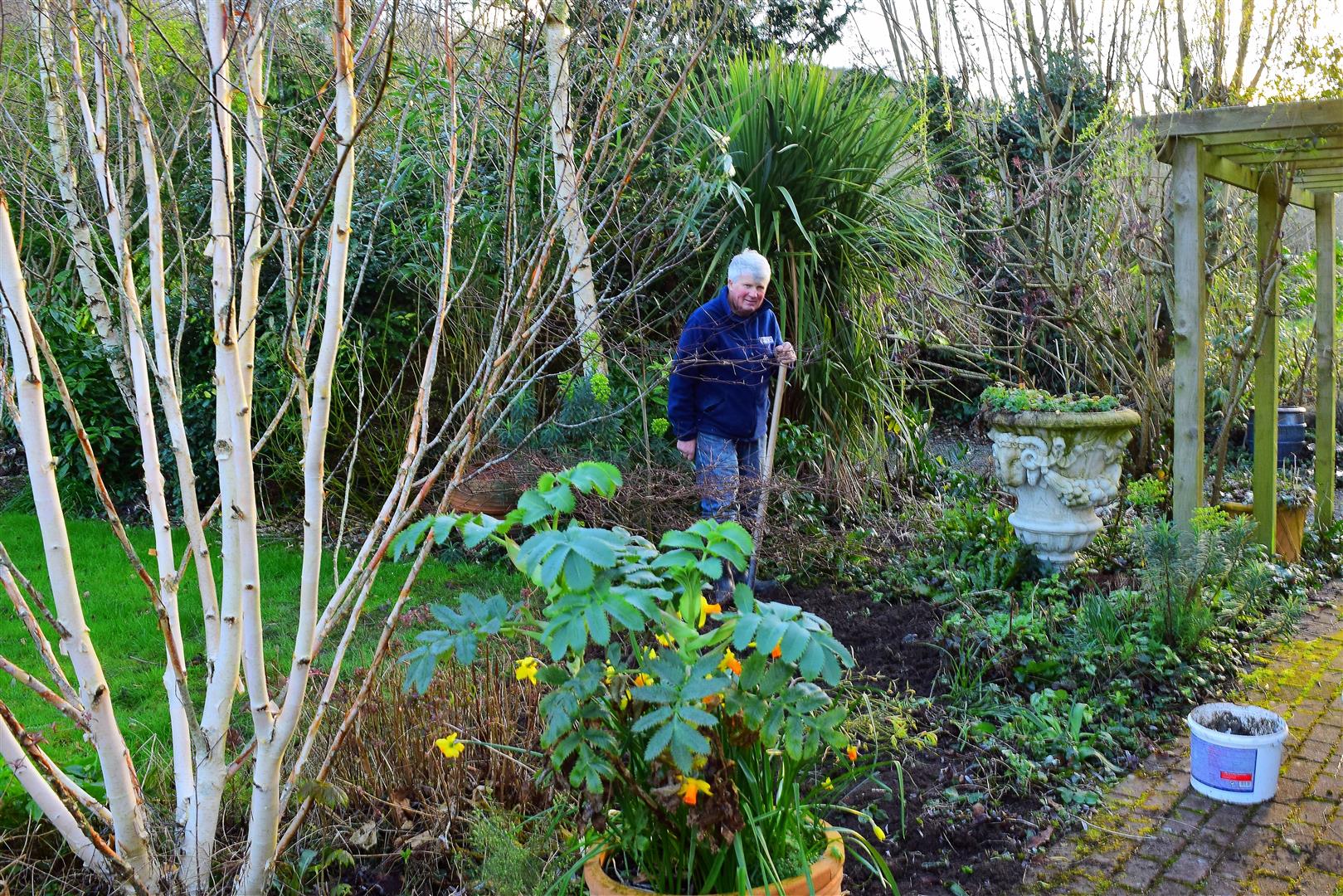 In early March I moved a cornus controverta , the layer cake tree , which I had planted too close to the path in the front garden and now five years later the small tree was beginning to grow too big for it’s location , it came out easier than expected and I moved it two metres away from the path which should be enough for the tree to develop to it’s mature height , assuming it recovers from it’s move as it is always a bit of a risk moving mature trees and shrubs , still it should be OK as it hadn’t come into bud and I got out a good root system and gave it a good feed of John Innes potting compost to start it off in it’s new position but fingers crossed just the same . This cornus which spreads itself out quite a bit is really not suited to the small area of the front garden and could have done with extra space in the Lower Garden but I couldn’t risk it with the deer who would have gobbled it up before it got started whereas they tend to stay away from close to the house . 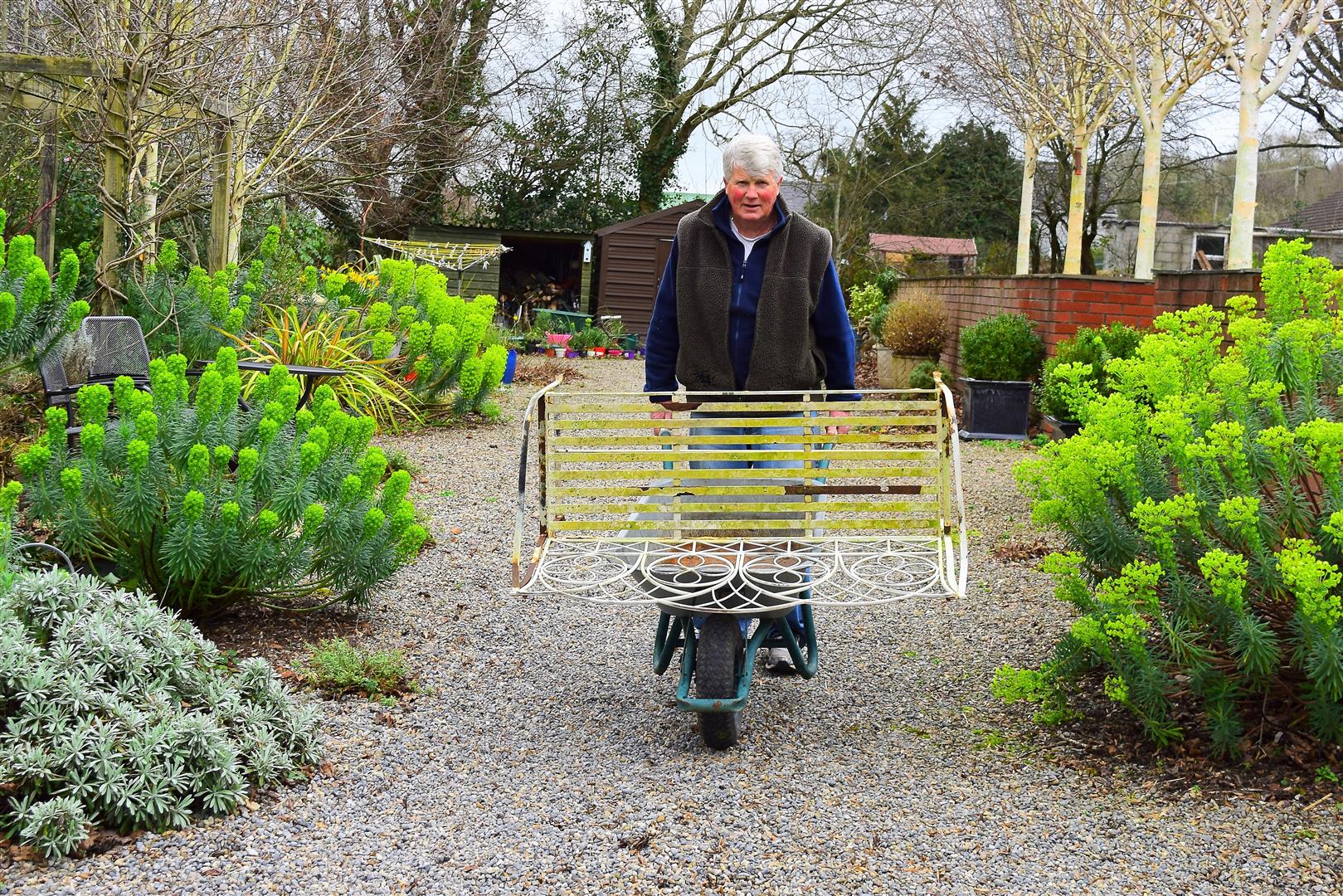 The loss of a mature box ball over the winter in a matching pair of pots led to a chain of events as they stood either side of a white metal seat for the past ten years when rather than replace the box ball with a new smaller one I opted to separate the pots and plant one up with annuals , repaint the seat blue and move it to a new location in the water … embrace change and it freshened up both locations . 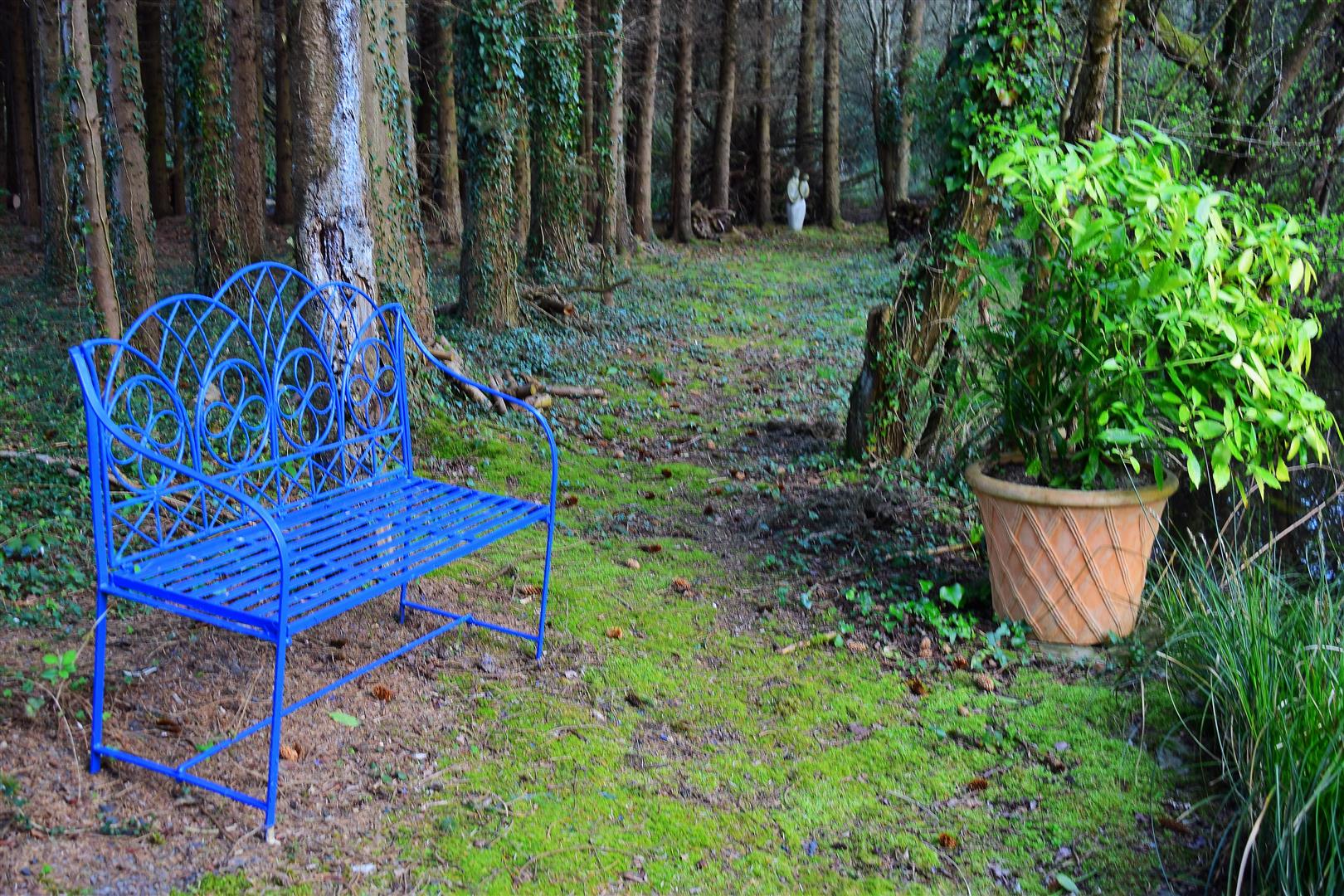 I recently read Field of Dreams by Bob Salisbury , an English writer who has settled in Northern Ireland and rather like here and in the same time frame built a new garden from scratch out of 17 acres of waste land . An excellent read and Mr. Salisbury is a great writer if sometimes a little condescending like a lot of Brits when writing about the local OIRISH neighbours but we can forgive him that as his genuineness shines through the pages . His reason for creating the garden is totally focussed on attracting wild life to the garden but I would have liked a bit more about the choice of trees and shrubs and the battle to keep them alive and rather less on the ducks, foxes and otters .

In this garden we have our share of wild life living and visiting the garden which is grand apart from the deer but we built the garden to enjoy it not to build hides to watch ducks through binoculars but everyone to their own and if you are keen on wild life observation then Field of Dreams is for you . Mr. Salisbury gave a talk to our local gardening society in Clonmel last October which unfortunately I missed as I was in Sicily at the time but his presentation was a huge success and by all accounts he was the best speaker of the past few years . The book is self published and available at www.blackstaff.com and Amazon and deserves to be read widely . 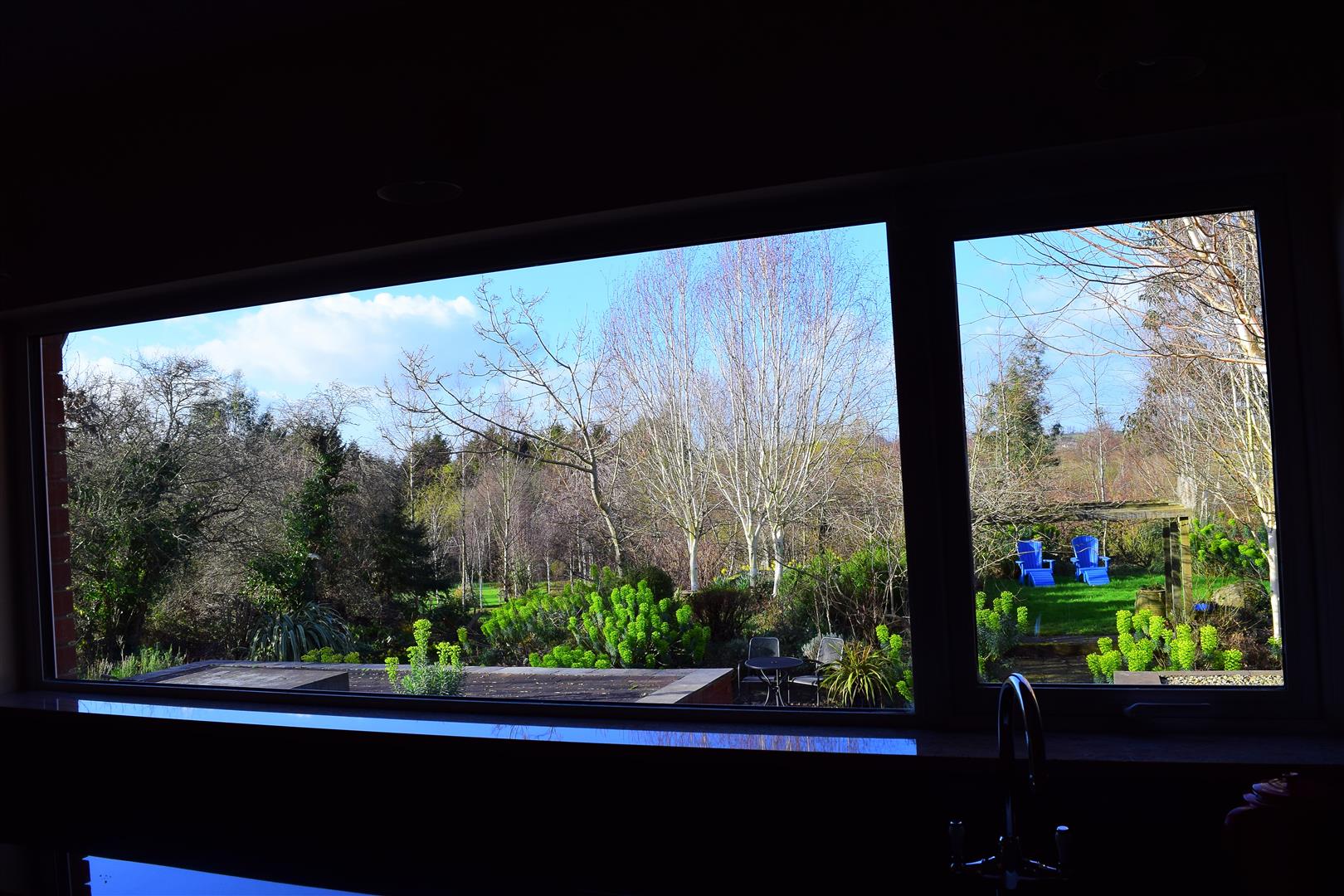 The new kitchen window facing onto the back garden, March 21st 2019

Bringing the garden into the house is a key component of garden design if you can manage it and with this in mind we knocked two windows into one in the kitchen earlier this year in February . Our builder , praise be to him , Pascal Mansfield , detailed a long reinforced steel joist to support the new longer opening … I was thinking of this when in the Roman amphitheatre in Verona I saw this stone lintel dating back two thousand years ! 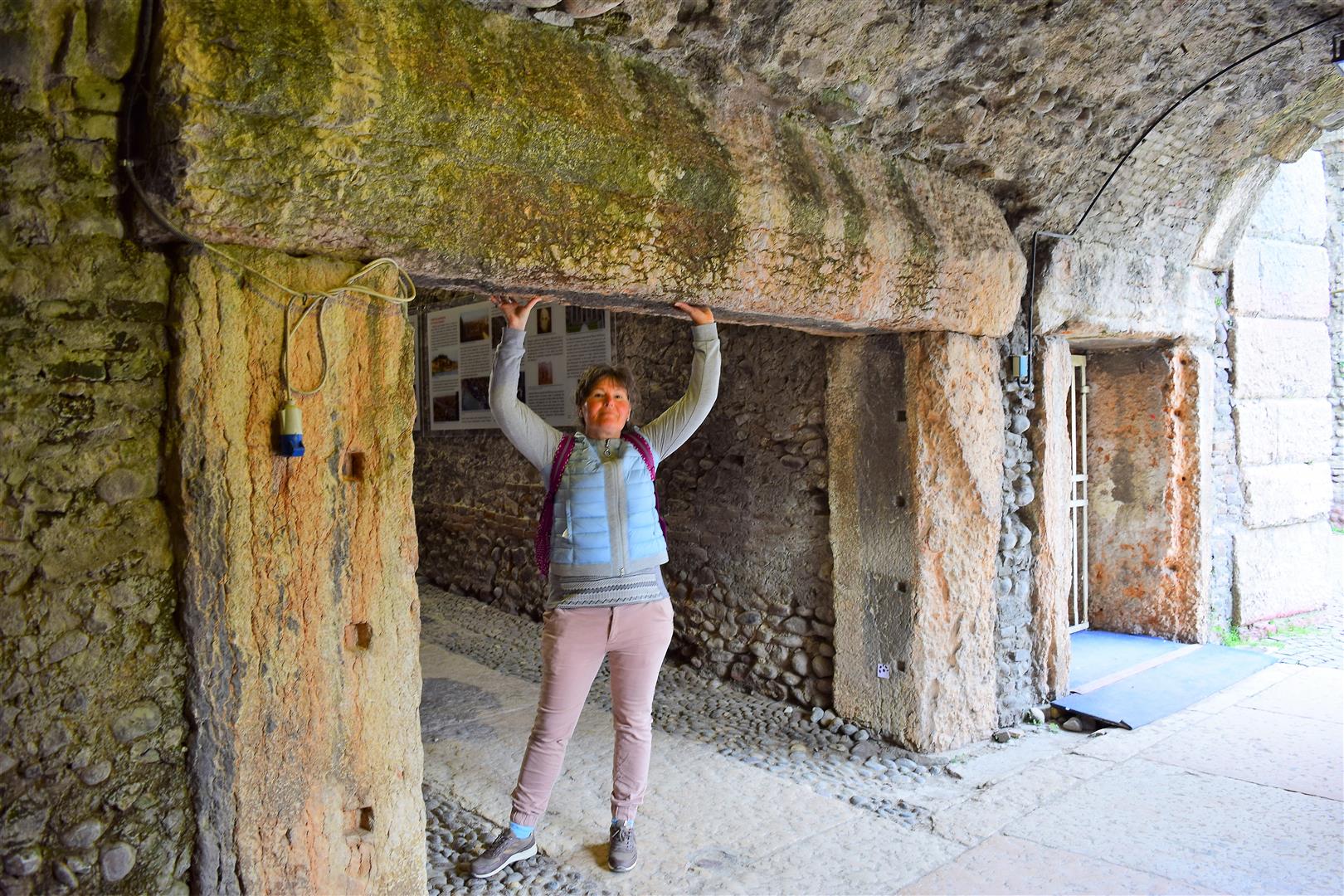 I gave up on tulips years ago fed up with the fact that they rarely thrive after the first year in the ground and fail completely after two or three years also they blow over in wind … a pity as in flower they are show stoppers . Two clumps have survived here after ten years and in the most unlikely area , the herb garden which has poor stony soil as that is what herbs like and this group hides away among the lemon balm where it comes back every year as if to prove me wrong about tulips ! 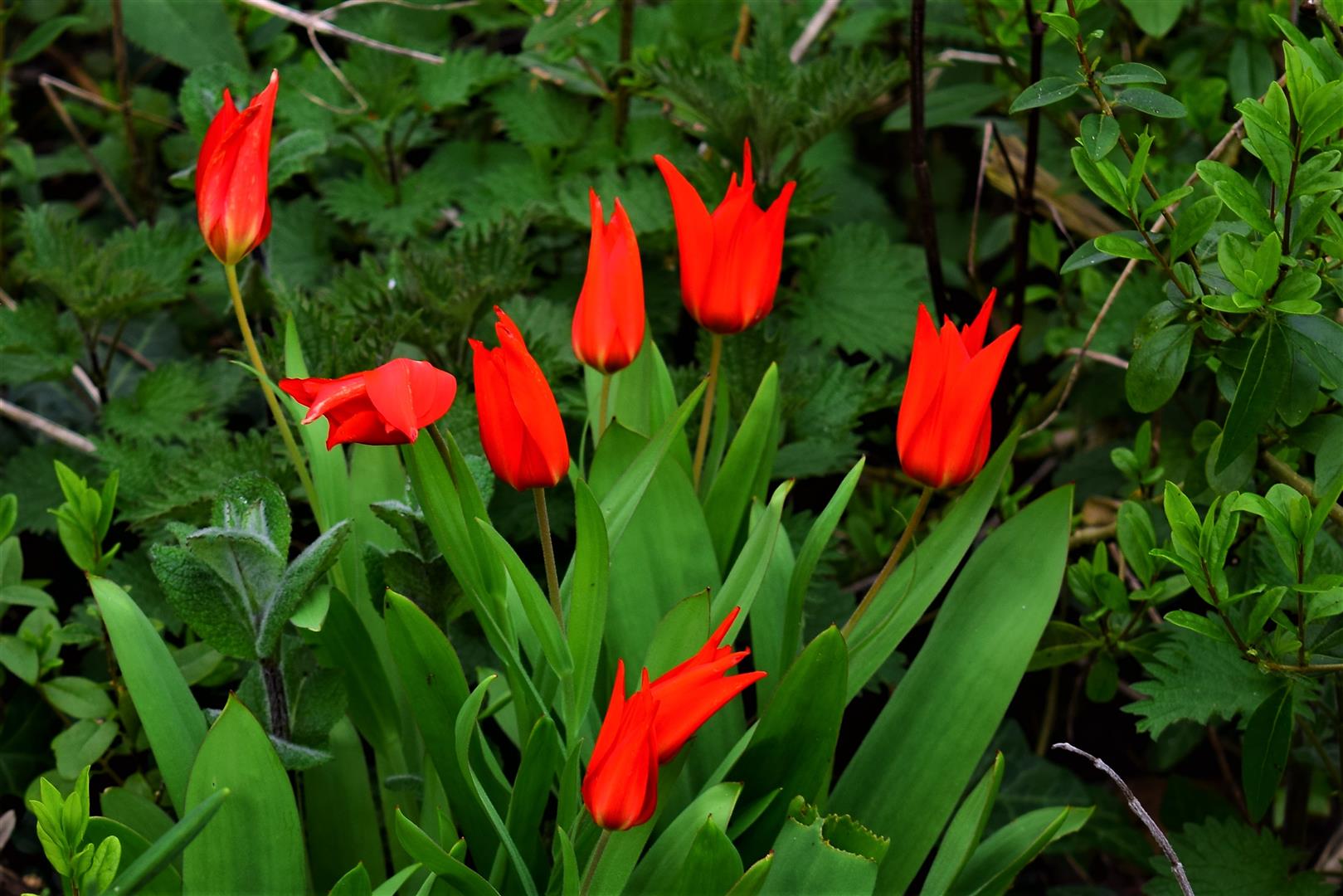 Visitors to the garden in March 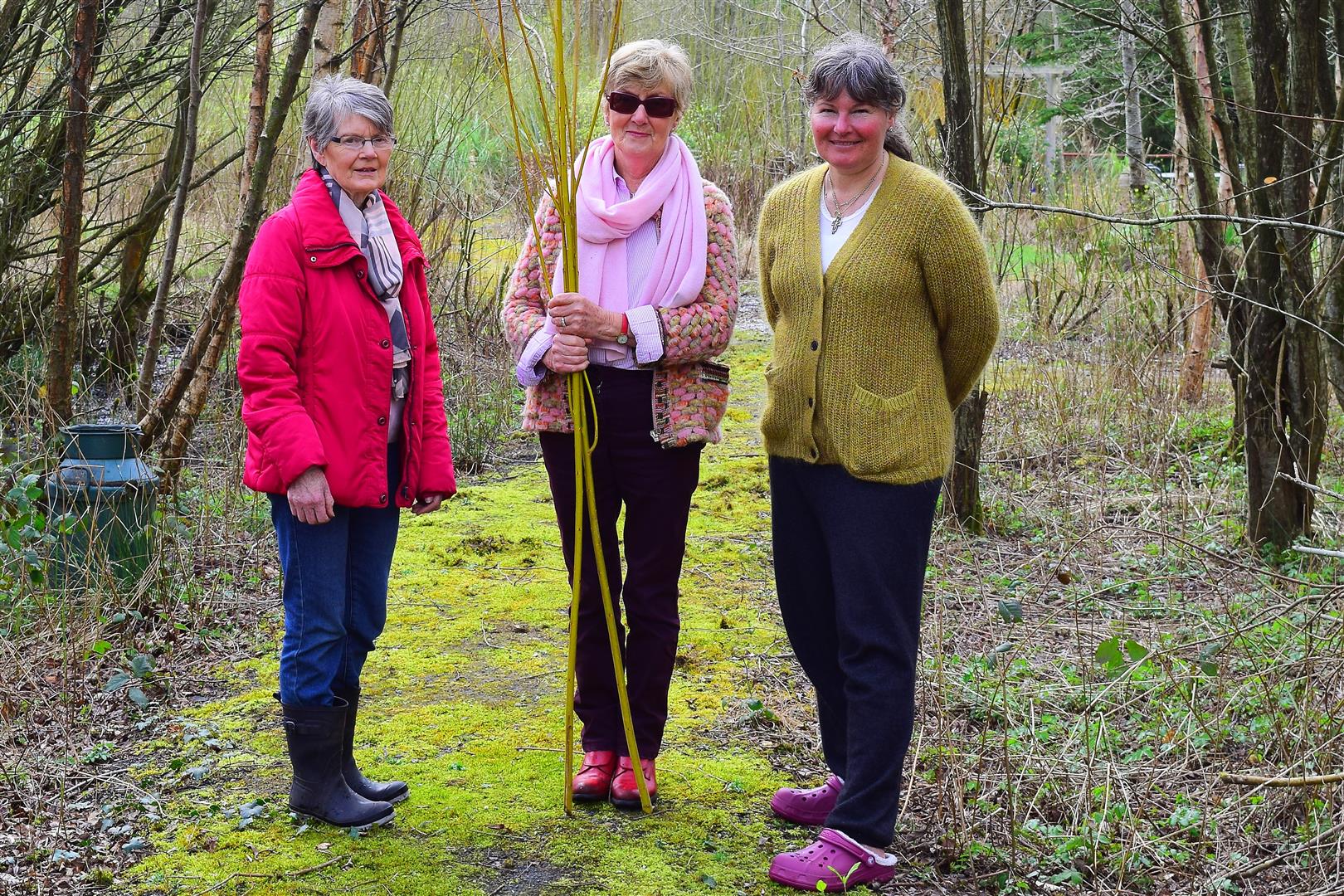 Colour in the Garden March 2019 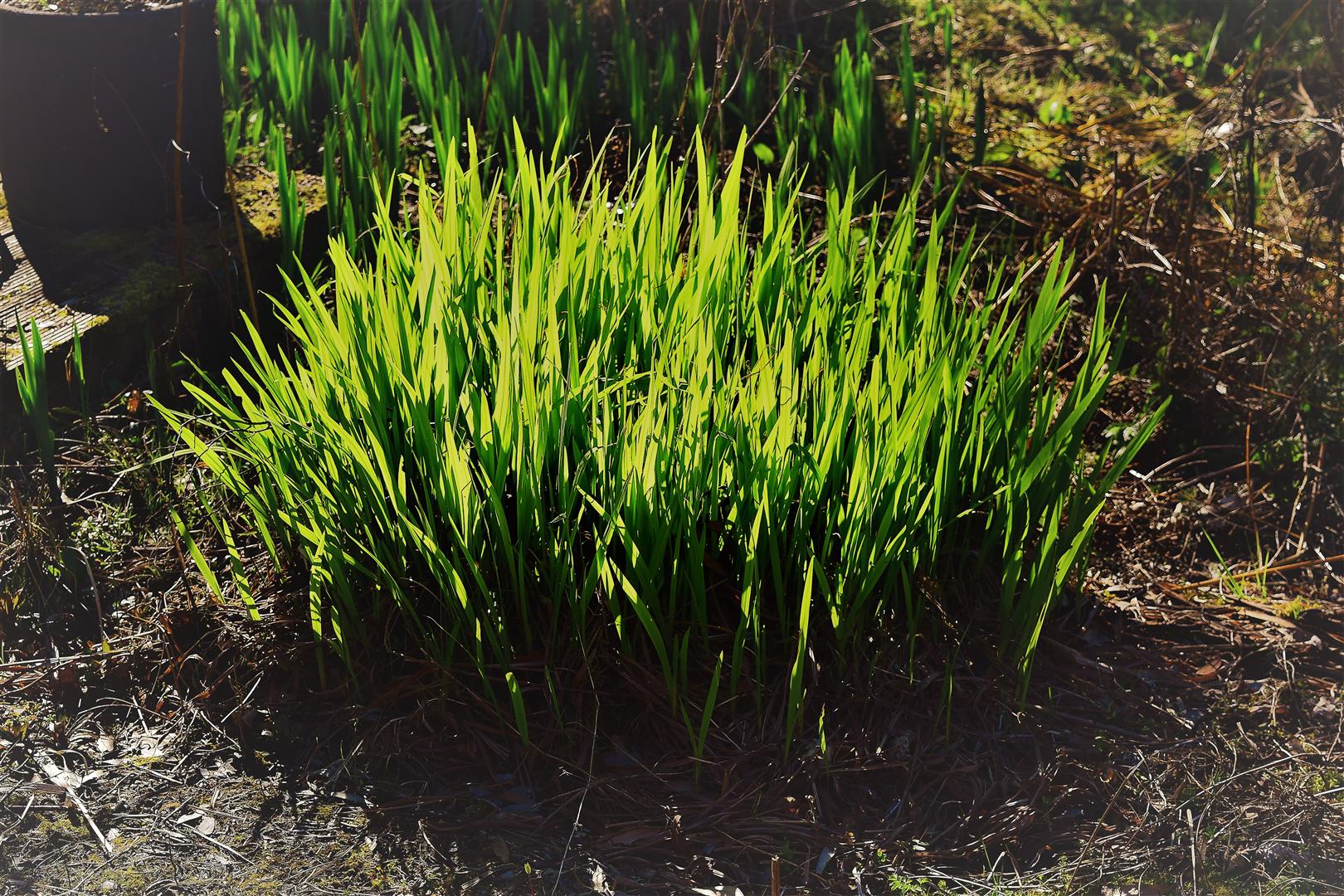 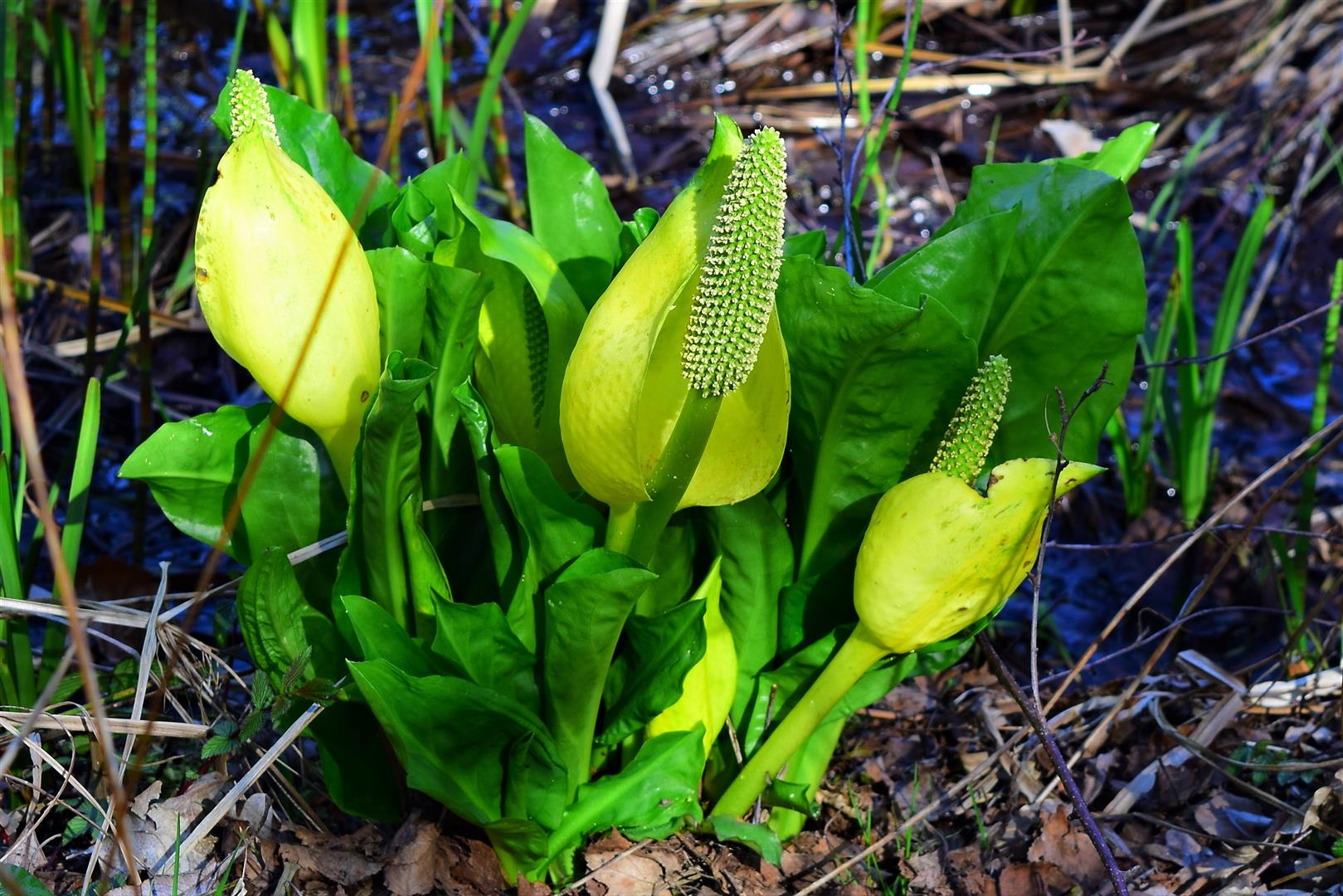 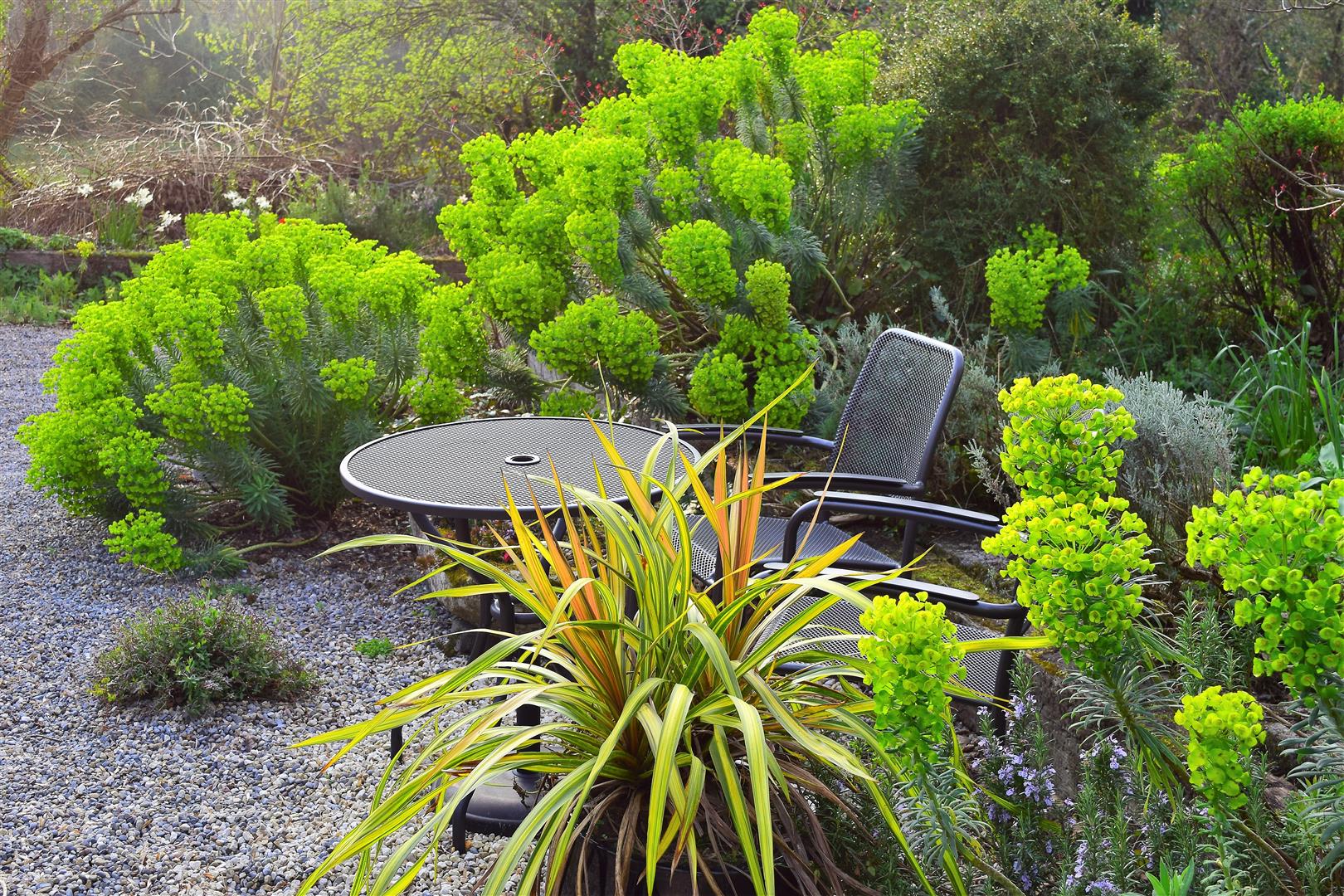